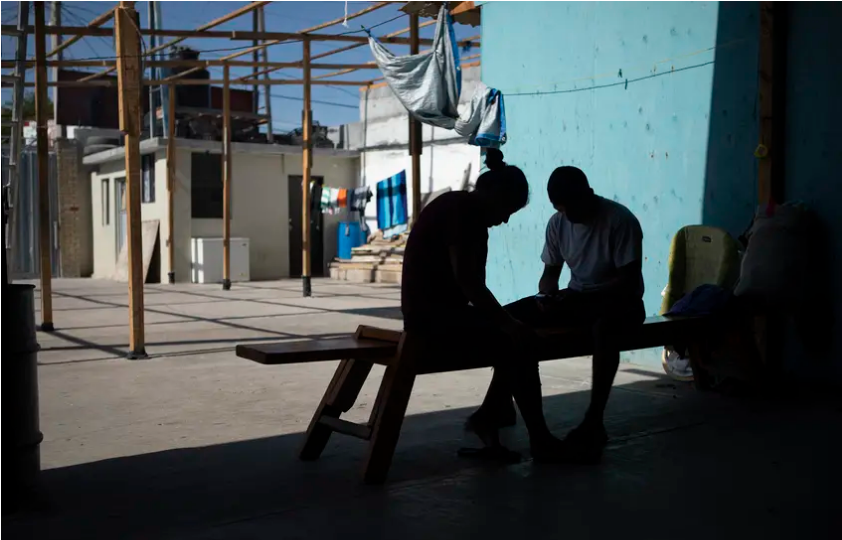 “Joe Biden’s newest immigration orders include task force to help hundreds of migrant children find their parents” was first published by The Texas Tribune, a nonprofit, nonpartisan media organization that informs Texans — and engages with them — about public policy, politics, government and statewide issues.

The Biden administration unveiled new elements of its immigration agenda Tuesday as it works to undo the Trump administration’s hardline policies.

The orders, expected to be signed Tuesday afternoon, will require a review of the controversial Migrant Protection Protocols and establish a task force to reunite hundreds of families still separated under Trump’s 2017 zero-tolerance policy, which caused more than 5,000 children to be separated from their parents or guardians.

The administration will also review the Trump administration’s policies that restricted some legal migration to the country, according to a White House statement.

The MPP program, also called “remain in Mexico,” sends most migrants back to Mexico as they wait for their asylum hearings in American courts. Since its inception in late 2018, more than 60,000 asylum seekers have been forced to wait in some of Mexico’s most dangerous border cities, including more than 20,000 in Ciudad Juárez, across the Rio Grande from El Paso.

The review of MPP is part of a comprehensive plan for “safe, lawful, and orderly” migration to the country, according to a White House statement. The other components of the plan include addressing the underlying causes of mass migration, like insecurity and violence, and ensuring migrants have more resources to safely apply for asylum closer to their home countries.

The reunification task force seeks to help more than 600 children be reunited with their parents. The Trump administration’s zero-tolerance policy mandated that all adults who crossed the border without permission be prosecuted for illegal entry, which sent them to detention facilities while any children traveling with them were placed in separate shelters for minors.

Since family separations started in the El Paso area in late 2017, more than 5,500 were separated, and as of December, 628 children had not been reunited, according to court filings. Lawyers tasked with reuniting families told a judge late last year they couldn’t find many of the parents after they were deported.

“This task force will work across the U.S. government, with key stakeholders and representatives of impacted families, and with partners across the hemisphere to find parents and children separated by the Trump Administration,” the Biden statement said.

Fernando Garcia, the executive director of the El Paso-based Border Network for Human Rights, said the actions represent important next steps, but he added that Biden will face pressure to do more than simply review MPP.

“I think the people that are [still] impatient are the thousands of families that are supposed to be in the United States, and now they are in Mexico without basic services,” he said. But Garcia said any major changes need to be done carefully, which means having resources in place to welcome tens of thousands of asylum seekers.

“If we don’t do it correctly, we’re going to create another crisis, or the appearance of a crisis,” he said. “The conservative, right wing are going to use that [against immigrants].”

“We want to act swiftly, we want to act promptly, but we also need to make sure we are doing that through a strategic policy process,” she said.

“It remains a dangerous trip — this is not the time to come to the United States,” she said. “We need the time to put in place an immigration process [where] people can be treated humanely.”

The last order Biden is expected to sign includes a “top-to-bottom” review of the legal immigration system, including the public charge rule that can deny a visa or green card to immigrants who have received government benefits like health care or financial assistance.

The Texas chapter of the Children’s Defense Fund said rescinding the policy could encourage some low-income Texans to reapply for assistance without fear.

“We look forward to working in concert with the Biden administration on a comprehensive outreach and education strategy to reenroll some of the millions of eligible children who have lost health care and nutrition supports because of the fear this policy engendered in low-income immigrant communities,” said Cheasty Anderson, the director of immigration policy and advocacy at the Children’s Defense Fund in Texas.

Tuesday’s expected actions come as at least one of Biden’s immigration proposals, his 100-day moratorium on deportations, has already hit a roadblock. Texas Attorney General Ken Paxton sued the Biden administration last month to stop the moratorium, claiming it’s unconstitutional. A federal judge in Texas temporarily paused the program last week as the case winds through the courts.

During his first days in office, Biden signed other executive orders to reverse or pause Trump administration policies, including reissuing protections established under the 2012 Deferred Action for Childhood Arrivals program, stopping further construction of a border barrier and reviewing interior immigration enforcement priorities.

This article originally appeared in The Texas Tribune at https://www.texastribune.org/2021/02/02/joe-biden-migrant-children-task-force/.