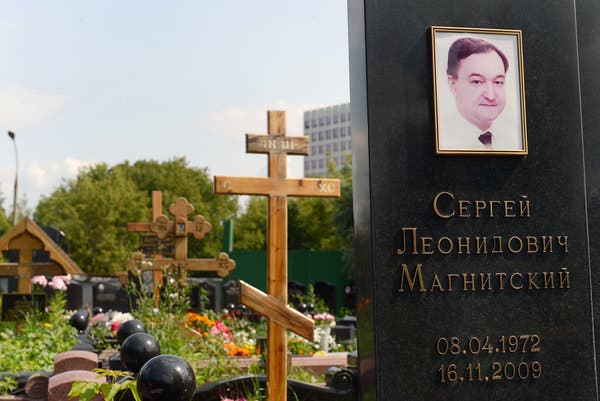 As Russian military forces have deployed at the Ukraine border, U.S. politicians have been weighing new sanctions to deter an invasion.

In the face of growing tensions, the Senate Foreign Relations Committee has been working to craft a new package of economic measures, with chair Bob Menendez anticipating proposing “the mother of all sanctions.” Though the package has yet to be agreed on, the goal is to signal the U.S.‘s commitment to protecting Ukraine’s sovereignty and to add further costs to any Russian invasion.

Whatever happens, the U.S. Senate has switched into crisis response mode over Ukraine. As a result, other longer-running issues with Russia have received less attention. With President Vladimir Putin essentially demanding that the world focus on Ukraine, the first anniversary of the arrest of Russian opposition leader and anti-corruption activist Alexei Navalny passed with relatively little press attention. As U.S. senators seek a deterrent for future Russian action in Ukraine, a trial is in process, away from public view, that aims to lengthen Navalny’s prison sentence to 10 years. It also distracts from another upcoming anniversary, that of U.S. and EU sanctions on the men who used Novichok poison to try to murder Navalny in August 2020.

As a scholar of Russian and East European politics, I’ve observed how authoritarian leaders use distraction to keep adversaries off balance. It was a tactic used in the Yugoslav Republic of Macedonia against citizen activists and deployed to lethal effect by Slobodan Milosevic to maintain power in Serbia. President Putin has deployed such tactics repeatedly in the past and, I believe, it is what he is doing now: The more he can ratchet up what the U.S. and its allies threaten in retaliation to an invasion of Ukraine, the more concessions he can claim to have won, simply by standing down. He wins credit for averting the crisis he engineered.

There is, I believe, an effective way for Congress to regain control of the narrative and force attention back on Putin’s vulnerability. By reframing the sanctions debate around the Putin regime’s treatment of Russian citizens, it can highlight a steadfast commitment to human rights as a central plank to its policy of keeping peace and stability in Eastern Europe. And it already has a mechanism to do this: the Magnitsky Act.

This legislation honors Sergei Magnitsky, who died in police custody in Moscow in November 2009. A tax expert, Magnitsky had uncovered an elaborate tax refund fraud scheme involving Russian government officials who, using company documents and seals taken in a raid on investment fund Hermitage Capital Management, set up shell companies to steal US$230 million in public funds. For that, supporters say, he was arrested, detained almost a year without trial, and subjected to abuse and neglect that killed him.

Magnitsky’s death shocked Russian civil society activists, along with Hermitage CEO Bill Browder and his lawyer Jamie Firestone, who lobbied the U.S. government to act. It resulted in the 2012 U.S. Magnitsky Act, which allows the U.S. to freeze the assets and ban the entry of alleged human rights offenders.

The Kremlin’s response was swift. Within two weeks, Russian legislators passed the Dima Yakovlev Law. Named for a 21-month-old Russian adoptee who died of heatstroke in a parked car, the law denied visas to a number of U.S. officials it accused of human rights violations. It also terminated all pending and future U.S. adoptions from Russia, impacting hundreds of children and families. The following year, a Russian court found Browder and the dead Magnitsky guilty of the fraud they had uncovered.

These heavy-handed measures signaled how seriously the Kremlin took the threat of sanctions against its officials and their wealth. One problem for corrupt government officials everywhere is that they need to be able to safely stash overseas what they steal from their people, and the provisions of the Magnitsky Act take away that option.

In 2016, the U.S. Congress passed the Global Magnitsky Act, which extended authorization to the president to impose sanctions on foreign officials of any country found responsible of gross violations of human rights or significant corruption. President Donald Trump invoked the act in December 2017, harnessing what one commentator described as its “scalpel-like precision” against individual perpetrators. Canada and Australia have passed similar legislation. The U.K. and EU have also adopted new laws inspired by the Magnitsky movement, targeting human rights violators worldwide.

Although designed to hold regimes accountable for abuses against their own citizens, Magnitsky sanctions may be useful in the current international crisis.

The Australian government has said it will look at implementing existing Magnitsky sanctions as a response to the threatened invasion. During a January 2022 visit to Ukraine, U.S. Sen. Roger Wicker, who co-sponsored the Global Magnitsky Act, suggested that it could apply to violations of international law, including the cyberattacks already perpetrated against Ukraine. Bill Browder himself has argued it could be the best way to stop Putin.

And Alexei Navalny, interviewed in prison, has encouraged U.S. senators to use the tools already at their disposal. Rather than issue soundbites about what they will do should Putin invade, he suggests they simply act now. “The source of his wealth is power and corruption,” Navalny said. “And the basis of his power is lies, propaganda and falsified election results. You want to influence Putin, then influence his personal wealth. It’s right under your backside.”

Navalny sees that in U.S. lawmakers’ efforts to come up with new sanctions as weapons of war or negotiation, they are doing President Putin’s work for him. What Navalny and others are advocating is not to put Magnitsky sanctions on the negotiating table but to start imposing them. Researchers from the Free Russia Forum, which serves as a platform for opposition figures, have already identified Putin’s key allies and enablers, and the Pandora Papers detail the substantial offshore assets in their names.

Targeting these individuals would follow through on former proposals made by senators themselves. When he became Senate Foreign Relations Committee chair in January 2021, Sen. Menendez urged the Biden administration to apply Magnitsky sanctions against Putin’s inner circle. His letter to Secretary of State Antony Blinken noted the state violence directed at Navalny, as well as the “corrosive corruption” of the Putin regime.

Even through the fog of war Putin has conjured, Menendez and his colleagues have the opportunity to remind citizens in Russia, America and beyond of what is at stake. By immediately invoking the Magnitsky Act’s financial sanctions against corrupt actors and human rights abusers, the U.S. can demonstrate its commitment to the rule of law. It would send a clear signal that, whatever threats Putin manufactures, the international community will continue to hold him accountable for the crimes of his regime, at home as well as abroad.