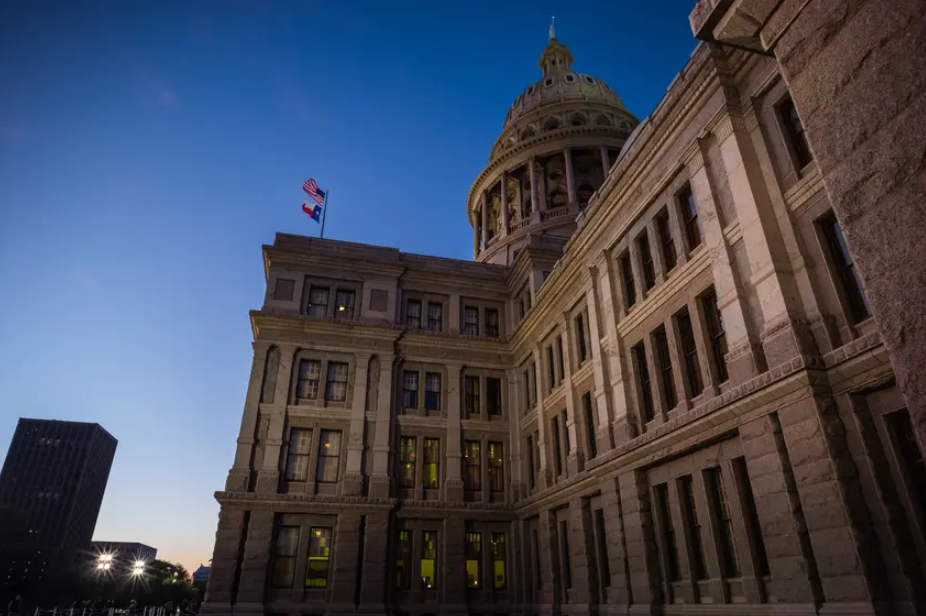 The Texas Senate Democratic Caucus is urging Gov. Greg Abbott to call an emergency special legislative session to consider a variety of gun restrictions and safety measures in the wake of a mass school shooting in Uvalde that left 19 children and two adults dead this week.

In a letter released Saturday morning, all 13 Senate Democrats demanded lawmakers pass legislation that raises the minimum age to purchase a firearm from 18 to 21 years old. The Uvalde gunman was 18 and had purchased two AR-style rifles which he used in the attack.

The caucus is also calling for universal background checks for all firearm sales, “red flag” laws that allow a judge to temporarily remove firearms from people who are considered an imminent threat to themselves or others, a “cooling off period” for the purchase of a firearm and regulations on high-capacity magazines for citizens.

“Texas has suffered more mass shootings over the past decade than any other state. In Sutherland Springs, 26 people died. At Santa Fe High School outside Houston, 10 people died. In El Paso, 23 people died at a Walmart. Seven people died in Midland-Odessa,” the letter reads. “After each of these mass killings, you have held press conferences and roundtables promising things would change. After the slaughter of 19 children and two teachers in Uvalde, those broken promises have never rung more hollow. The time to take real action is now.”

Such laws are unlikely to gain traction in the Republican-controlled Legislature, which has a track record of favoring legislation that loosens gun restrictions. Only the governor has the power to call lawmakers back into a special session for emergency work.

Asked about a special session at a Friday press conference in Uvalde, Abbott said “all options are on the table” adding that he believed laws would ultimately be passed to address this week’s horrors. However, he suggested laws would be more tailored toward addressing mental health, rather than gun control.

“You can expect robust discussion and my hope is laws are passed, that I will sign, addressing health care in this state,” he said, “That status quo is unacceptable. This crime is unacceptable. We’re not going to be here and do nothing about it.”

He resisted the idea of increasing the age to purchase a firearm, saying that since Texas became a state, 18-year-olds have been able to buy a gun.

He also dismissed universal background checks saying existing background check policies did not prevent the Santa Fe and Sutherland Springs shootings, which both happened while he has been in office.

“If everyone wants to seize upon a particular strategy and say that’s the golden strategy right there, look at what happened in the Santa Fe shooting,” he said. “A background check had no relevance because the shooter took the gun from his parents. … Anyone who suggests we should focus on background checks as opposed to mental health, I suggest is mistaken.”

Since the massacre at Robb Elementary School, the governor’s comments about potential solutions have centered around increasing mental health services, rather than restricting access to firearms.

But in the letter, Senate Democrats criticized the governor for blaming a “broken mental health care system – that you and other state leaders continue to underfund severely.”

“We need evidence-based, common sense gun safety laws. Without a doubt, if at least some of the measures noted above had been passed since 2018, then many lives could have been saved,” the caucus wrote.

Abbott’s office did not immediately respond to a request for comment about the letter.

After the Santa Fe school shooting in 2018, Abbott released a variety of recommendations to address school safety, including a call to the Legislature to consider a “red flag” law.

At the time, Abbott claimed in his plan to improve school safety that similar protective orders restricting gun possession could have prevented the mass shootings in Sutherland Springs, southeast of San Antonio, and Parkland, Florida.

But Lt. Gov. Dan Patrick and gun rights activists pushed back and the proposal died.

By the end of the 2019 legislative session Abbott signed a package of school safety measures that primarily focused on expanding mental health resources and “hardening school buildings.” He expanded the number of school staff who could have a firearm on school grounds.

When he signed that legislation at the end of the 2019 session, reporters asked if he still supported a “red flag” law.

On Friday, Roland Gutierrez, the Democratic state senator who represents Uvalde, interrupted Abbott’s press conference by walking to the front of the auditorium and urged the governor to bring lawmakers back for three weeks.

“We have to do something, man,” he said to Abbott, the second Democratic politician to interrupt a press conference this week. “Just call us back.”

In the hours after the shooting on Tuesday, Gutierrez told The Texas Tribune that the state needed to make it more difficult to obtain a firearm, especially the gun used by the shooter, an AR-15, which he called a “weapon of mass destruction.”

“There’s not a hunter in Texas that utilizes these kinds of weapons,” he said. “And so I’m not saying let’s take those kinds of weapons away, I’m saying that we should have some greater accessibility restrictions. …When you’ve got an 18-year-old kid getting his hands on this kind of weaponry, it just makes no sense to me.”