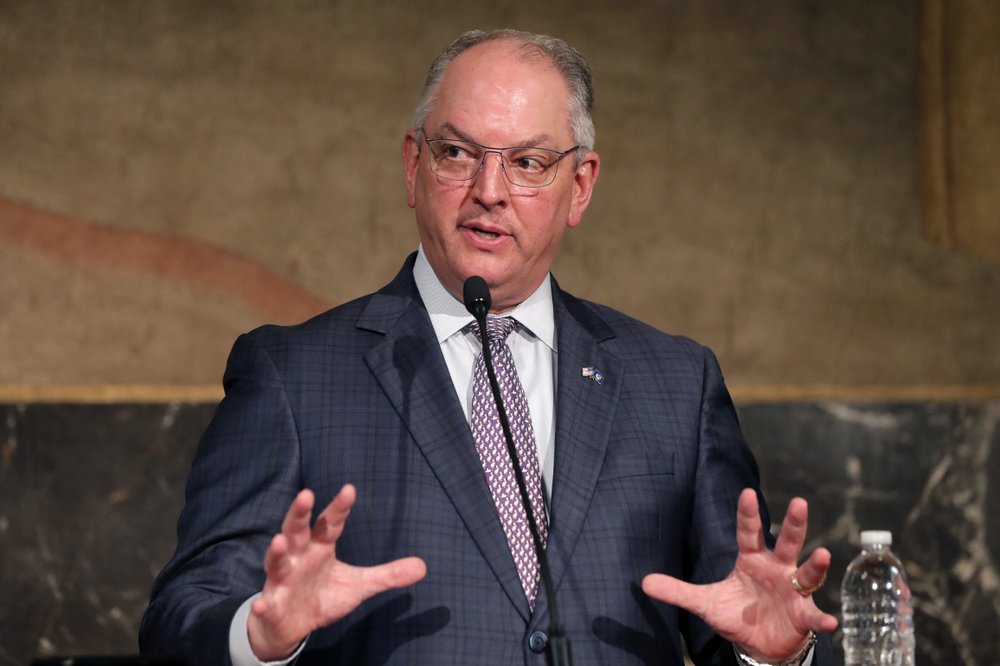 Bel Edwards was one of six U.S. governors who traveled to the U.N. conference late last year in Glasgow, Scotland.

The trip cost Louisiana taxpayers $42,128.34. That total includes $18,672.31 for travel, lodging, meals and COVID-19 testing for Edwards and other state employees spent during the trip along with another $23,477.03 the Louisiana State Police spent protecting the governor overseas. The median household income in the state is $50,800, according to the U.S. Census Bureau.

“Gov. Edwards travels sparingly out of state and out of the country,” Christina Stephens, a spokesperson for the governor’s office, said in an email. “This conference was a chance for Louisiana to be seen on a global stage as a leader in the clean energy space, which will continue to pay dividends in the years to come. Governor Edwards and his staff focused on securing new investments for economic development, job creation, and greenhouse gas reductions to navigate the energy transition; and on developing partnerships with key international and subnational leaders addressing climate action.”

Stephens said state law requires the governor to have a security detail.

“Louisiana State Police, not the Governor’s office, makes decisions about requirements for security when he travels,” she said.

Stephens said Louisiana is committed to being a leader.

“Thanks to the governor’s leadership, we have the only climate action plan of any state in the gulf south, we’re the only southern state to commit to be net zero by 2050 and we are poised to be a leader in wind energy when lease sales begin in the Gulf of Mexico next year,” she said. “Louisiana has already won billions in clean energy and carbon sequestration economic development deals and the governor looks forward to bringing even more of these projects to the state.”

During the climate conference in Glasgow, the U.S. Climate Alliance announced “the next generation of ‘High-Impact Actions’ its states will pursue to limit warming to 1.5 degrees Celsius,” according to a news release from the group.

“The U.S. Climate Alliance’s states are leading the world in the development and execution of new, innovative, and effective climate policies and actions, and today, we continue to press forward,” U.S. Climate Alliance Acting Executive Director and Policy Director Taryn Finnessey said in a statement. “The climate threat knows no borders and when we share solutions and expertise — not just with one another in the Alliance, but also with other like-minded subnational leaders around the world — we can truly turn the tide.”

“It is not a secret that COP26 is a failure. It should be obvious that we cannot solve the crisis with the same methods that got us into it in the first place,” she said during a speech about two miles away from the conference center. “The COP has turned into a PR event, where leaders are giving beautiful speeches and announcing fancy commitments and targets, while behind the curtains governments of the Global North countries are still refusing to take any drastic climate action.”