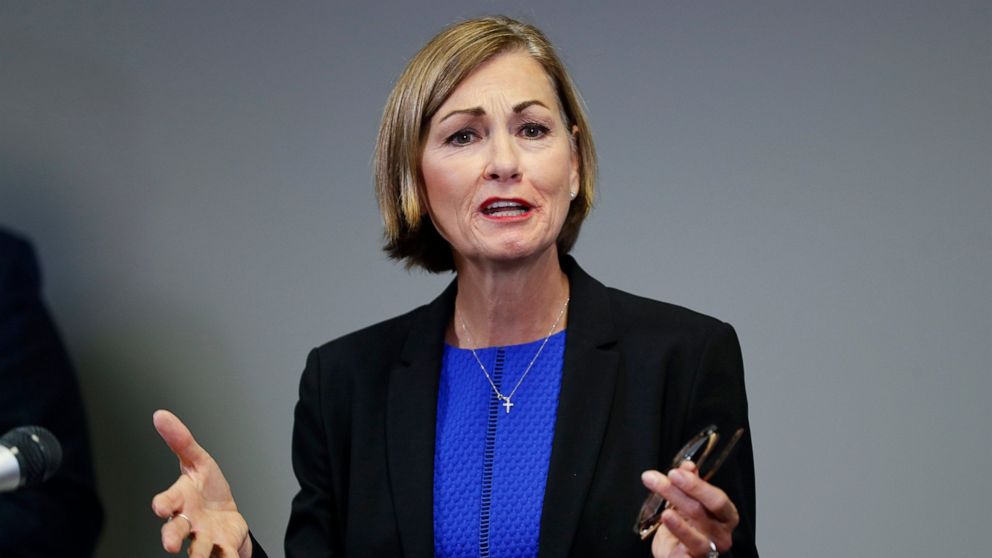 “Iowans deserve a fair legal system based on our laws and Constitution. We need justice, not partisan political games,” Wahls said in a statement. “That is why Iowa Senate Democrats oppose the Governor’s nominees to the State Judicial Nominating Commission, whose nominations are in clear violation of Iowa law.”

He said Reynolds is violating the law that says commission appointees “shall be chosen without reference to political affiliation.”

“The Governor has nominated four right wing conservatives, including a Republican Party operative and the only Independent left the Republican Party because it was not conservative enough,” he said. “This is wrong, and it is illegal. We have heard from Iowans loud and clear that they are tired of the partisan power grab by Republican politicians. Iowans deserve better.”

Reynolds said in statement the decision was partisan politics and that the candidates were well qualified.

“A woman who won a prestigious award from her peers in the state bar association, had already been confirmed by the Senate, and is serving as the chair of the commission,” she said. “A nationally renowned election law expert and professor of law at Iowa. A highly credentialed Drake law professor. And a lifelong Iowan with experience in public service and nonprofit leadership. I nominate highly qualified commissioners who share my judicial philosophy and want judges who will stand for the rule of law. It is shameful that Senate Democrats chose to play political games on such an important issue.”

The term of the last Democrat to serve as an appointed the State Judicial Nominating Commissioner in 2012, according to a document Iowa Senate Democratic Staff Director Ron Parker sent The Center Square Tuesday.

Ecklund serves on the National Federation of Republic Women’s board of directors and is the president of the Crawford County Republican Women, the document said.

Muller, as an employee at University of Iowa, holds an “office of profit,” which breaches Iowa code 46.1 (7), the document said. Muller said in a tweet Tuesday that many public employees serve in the legislature.

The document stated Iowa Republicans that the 2010 retention elections allowed former Gov. Branstad to appoint three Supreme Court justices quickly, and Republican lawmakers have been seeking power in the judicial branch, including this year, with the District Judicial Nominating Commission appointees, the document said.

“All these changes combined have left a system meant to guarantee a nonpartisan result instead with a consistent question whether the judges hearing your case are the most competent and trustworthy or merely the best ideological fit of the governor,” the document said.