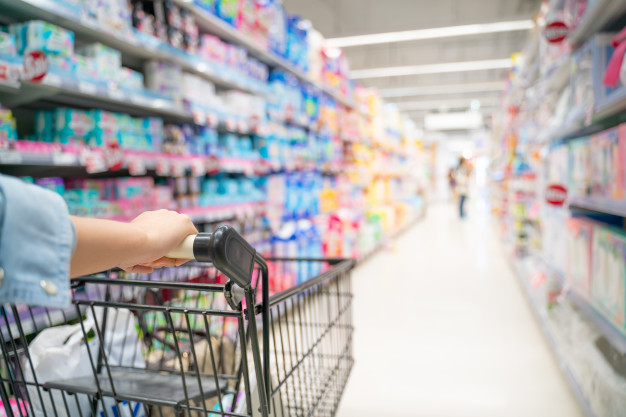 The Trump administration wants to tighten even further longstanding restrictions on who is eligible for the Supplemental Nutrition Assistance Program.

The farm bill, which gets updated every five years or so, spells out who can participate in SNAP, the assistance program previously known as food stamps. The most recent version of this legislation, which President Donald Trump signed into law on Dec. 20, 2018, left out new limits on the eligibility of adults without children. Those limits were part of the House version, but Congress dropped them prior to the bill’s passage.

But that same day, the U.S. Department of Agriculture proposed a rule that would restrict access anyway.

Having researched food assistance programs, I’ve seen that the consequences of having too little to eat are daunting. When people can’t afford food, they may skip meals, which leads to increased stress and poor nutrition. For people with chronic diseases like diabetes, meal-skipping can even make them more prone to hospitalization when their blood sugar gets too low.

When President Bill Clinton and the Republican-led Congress overhauled the welfare system in 1996, they imposed some work requirements for SNAP participants.

To get these benefits, non-disabled adults between the ages of 18 and 49 without children are required to do paid work or be enrolled in a job training program for at least 20 hours a week. If they fail to find work or enroll in training, they can only participate in the program once every three years for up to three months.

Despite these rules, which block access to millions of adults, nearly 40 million poor Americans in roughly 20 million households rely on SNAP. Even though the average SNAP recipient just gets about US$1.40 per meal, research indicates that this program reduces food insecurity by nearly 30 percent.

However, does joining the labor force really improve economic security? The Center on Budget and Policy Priorities, a think tank, found that requiring safety net program recipients to work did not make them better off. In some cases, work requirements have plunged people deeper into poverty.

Additionally, researchers at Stanford and Johns Hopkins universities have observed that the jobs poor people take have remained largely low-paying. This means they still need SNAP because they don’t earn enough to keep food on the table.

Although SNAP is federally funded, the states administer the program. Currently, state governments can request waivers for SNAP time limits on benefits for people with work requirements for multiple reasons, including if their local jobless rate is at least 20 percent above the national average for a recent 24-month period. Based on the current national unemployment rate, the proposed new rule would bar states from applying for this waiver unless their unemployment rate is at least 7 percent.

Among other changes, the federal government would limit the flexibility states now have to exercise a degree of discretion in exempting non-disabled adults without kids from the three-month time limit.

The public will get two months to comment on these new rules. If this rule were to go into effect as is, more than 750,000 people could lose SNAP benefits, according to the draft language. For now, people who rely on SNAP can still use their benefits – as long as the government shutdown doesn’t go past February. After then, unless Congress passes legislation specifically funding SNAP, the program’s fate is unknown.

This administrative route to bypassing congressional consensus is not how American democracy is supposed to work – nor is it the norm, as Sen. Debbie Stabenow, a Michigan Democrat, explained when the USDA proposed this rule.

“Congress writes laws and the Administration is required to write rules based on the law,” she said, “not the other way around.”

This democracy works because of the checks and balances between the three branches of government. When one branch chooses to override this separation of powers, I believe democracy – just like SNAP participants’ benefits – is jeopardized.

Published in Diet and Politics