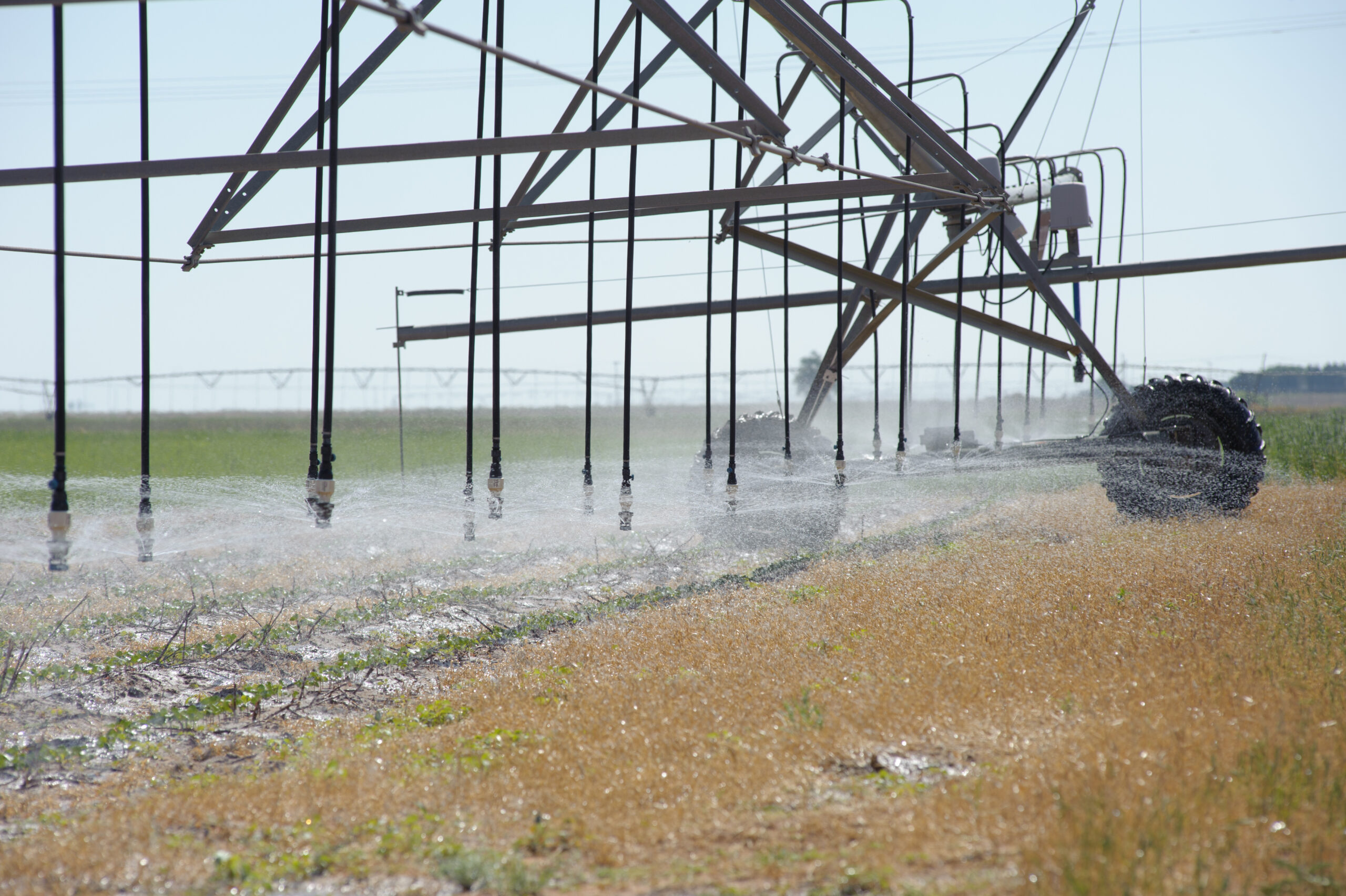 A slow-moving crisis threatens the U.S. Central Plains, which grow a quarter of the nation’s crops. Underground, the region’s lifeblood – water – is disappearing, placing one of the world’s major food-producing regions at risk.

The Ogallala-High Plains Aquifer is one of the world’s largest groundwater sources, extending from South Dakota down through the Texas Panhandle across portions of eight states. Its water supports US$35 billion in crop production each year.

But farmers are pulling water out of the Ogallala faster than rain and snow can recharge it. Between 1900 and 2008 they drained some 89 trillion gallons from the aquifer – equivalent to two-thirds of Lake Erie. Depletion is threatening drinking water supplies and undermining local communities already struggling with the COVID-19 pandemic, the opioid crisis, hospital closures, soaring farm losses and rising suicide rates.

Some observers blame this situation on periodic drought. Others point to farmers, since irrigation accounts for 90% of Ogallala groundwater withdrawals. But our research, which focuses on social and legal aspects of water use in agricultural communities, shows that farmers are draining the Ogallala because state and federal policies encourage them to do it.In Kansas, “Day Zero” – the day wells run dry – has arrived for about 30% of the aquifer. Within 50 years, the entire aquifer is expected be 70% depleted.

At first glance, farmers on the Plains appear to be doing well in 2020. Crop production increased this year. Corn, the largest crop in the U.S., had a near-record year, and farm incomes increased by 5.7% over 2019.

But those figures hide massive government payments to farmers. Federal subsidies increased by a remarkable 65% this year, totaling $37.2 billion. This sum includes money for lost exports from escalating trade wars, as well as COVID-19-related relief payments. Corn prices were too low to cover the cost of growing it this year, with federal subsidies making up the difference.

Our research finds that subsidies put farmers on a treadmill, working harder to produce more while draining the resource that supports their livelihood. Government payments create a vicious cycle of overproduction that intensifies water use. Subsidies encourage farmers to expand and buy expensive equipment to irrigate larger areas.

With low market prices for many crops, production does not cover expenses on most farms. To stay afloat, many farmers buy or lease more acres. Growing larger amounts floods the market, further reducing crop prices and farm incomes. Subsidies support this cycle.

Few benefit, especially small and midsized operations. In a 2019 study of the region’s 234 counties from 1980 to 2010, we found that larger irrigated acreage failed to increase incomes or improve education or health outcomes for residents.

While these initiatives are important, they haven’t stemmed the aquifer’s decline. In our view, what the Ogallala Aquifer region really needs is policy change.

A lot can be done at the federal level, but the first principle should be “do no harm.” Whenever federal agencies have tried to regulate groundwater, the backlash has been swift and intense, with farm states’ congressional representatives repudiating federal jurisdiction over groundwater.

Nor should Congress propose to eliminate agricultural subsidies, as some environmental organizations and free-market advocates have proposed. Given the thin margins of farming and longstanding political realities, federal support is simply part of modern production agriculture.

With these cautions in mind, three initiatives could help ease pressure on farmers to keep expanding production. The U.S. Department of Agriculture’s Conservation Reserve Program pays farmers to allow environmentally sensitive farmland to lie fallow for at least 10 years. With new provisions, the program could reduce water use by prohibiting expansion of irrigated acreage, permanently retiring marginal lands and linking subsidies to production of less water-intensive crops.

These initiatives could be implemented through the federal farm bill, which also sets funding levels for nonfarm subsidies such as the Supplemental Nutrition Assistance Program, or SNAP. SNAP payments, which increase needy families’ food budgets, are an important tool for addressing poverty. Increasing these payments and adding financial assistance to local communities could offset lower tax revenues that result from from farming less acreage.

The most powerful tool is the tax code. Currently, farmers receive deductions for declining groundwater levels and can write off depreciation on irrigation equipment. Replacing these perks with a tax credit for stabilizing groundwater and substituting a depreciation schedule favoring more efficient irrigation equipment could provide strong incentives to conserve water.

Water rights are mostly determined by state law, so reforming state water policies is crucial. Case law demonstrates that simply owning water rights does not grant the legal right to waste water. For more than a century courts have upheld state restrictions on waste, with rulings that allow for adaptation by modifying the definitions of “beneficial use” and “waste” over time.

Using these precedents, state water agencies could designate thirsty crops, such as rice, cotton or corn, as wasteful in certain regions. Regulations preventing unreasonable water use are not unconstitutional.

Allowing farmers some flexibility will maximize profits, as long as they stabilize overall water use. If they irrigate less – or not at all – in years with low market prices, rules could allow more irrigation in better years. Ultimately, many farmers – and their bankers – are willing to exchange lower annual yields for a longer water supply.

As our research has shown, the vast majority of farmers in the region want to save groundwater. They will need help from policymakers to do it. Forty years is long enough to learn that the Ogallala Aquifer’s decline is not driven by weather or by individual farmers’ preferences. Depletion is a structural problem embedded in agricultural policies. Groundwater depletion is a policy choice made by federal, state and local officials.