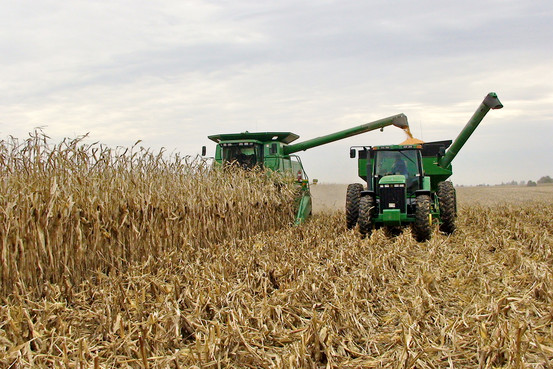 Illinois farmers should have an easier time getting Illinois-grown food to Illinois eaters as a result of two measures that passed the legislature this spring.

Molly Pickering, deputy director of the Illinois Stewardship Alliance, told The Center Square that lawmakers came through for farmers by removing some barriers to local markets.

Ed Dubrik, a farmer in Iroquois County, wanted to sell at farmers markets in neighboring communities: Bloomington, Champaign and Kankakee. He needed different permits and was required to pay fees in each of those locations.

“They all had a different regulatory process and they all charged him a fee. It was cost prohibitive and it didn’t make sense,” Pickering said.

The Farmers Market Permit Act will make it easier for farmers like Dubrik by streamlining and standardizing the Illinois farmers market permitting process.

One positive effect of the law is that it will make it easier for consumers to buy eggs at Illinois farmers markets, Pickering said.

“One thing we are lacking at farmers markets in Illinois is eggs,” she said. “There are not that many egg vendors out there.”

Now that the permitting process is simpler and the fees have been capped, Pickering thinks more egg producers will start selling at state farmers markets.

The Illinois Stewardship Alliance is a farmer-driven organization that lobbies on behalf of farmers, Pickering said.

“Farmers identify the issues. They decide and prioritize the solutions they want to work on,” Pickering said. “It is all very much in the hands of the farmers.”

For years, farmers have been telling the Stewardship Alliance that they want to sell more local produce to Illinois schools, Pickering said. The Better School Lunch Act that passed the legislature this spring is the direct result of those conversations, she said. It eliminates the lowest price bid requirement for school districts.

“She really believes in providing high quality, nutritious food to students. And she was even willing to lower her prices to get her food into the school,” Pickering said.

But the sale was blocked by the lowest price bid requirement. The school district was under contract with a food service agency that was required to use “lowest price” as the key criteria for purchase.

When a school district is seeking value, the lowest price should not be the only consideration, Pickering said. Locally grown apples and fresh corn taste better and are more nutritious than canned corn and warehoused apples that are shipped across the country.

Taste, nutrition, keeping local dollars in Illinois communities and buying from local farm businesses are important factors that need to be considered along with price, Pickering said.

“This was the first time that we built a coalition – getting everybody who was a stakeholder – all the school districts, environmental groups and food organizations – rallying together around this one bill,” Pickering said.