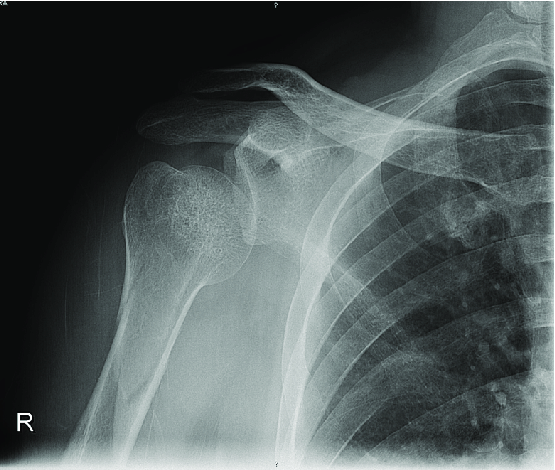 Toxic lead can stay in the body for years after exposure

The ongoing water crisis in Flint, Michigan has highlighted just how harmful lead contamination is. What you may not realize, however, is that lead exposure is a problem throughout the U.S.

The Centers for Disease Control and Prevention estimates that over four million households with children in the U.S. are exposed to elevated levels of lead. At least half a million children have blood lead levels above five micrograms per deciliter, the threshold that prompts a public health response.

Lead used to be commonly used in gasoline, household paints and even coloring pigments in artificial turf through the end of the last century. And although today lead is no longer used in these products, there is still plenty of it out there. Lead does not break down in the home or the environment, and the result is that we still have to be concerned about lead poisoning today.

As a university-based researcher who focuses on children’s health, I have spent the past 30 years trying to understand how exposure to environmental toxins happens, and how to prevent it.

So where and how do people come into contact with lead, and what does it do to their bodies?

Lead in water is easily absorbed by the body

Lead is one of the oldest materials utilized for the construction of plumbing systems. In fact, the word “plumbing” even has its origins in the Latin word for lead, “Plumbium.” While Congress banned the use of lead pipes in 1986, with the passage of the Safe Drinking Water Act, the crisis in Flint illustrates that lead pipes are still out there.

While lead in soil and in house dust represents significant sources of exposure, drinking contaminated water may represent the greatest risk. Water is readily absorbed through the intestines, quickly resulting in elevated levels of lead in the bloodstream. A child’s gastrointestinal tract absorbs lead more completely than an adult’s.

If you have ever seen a large gasoline tanker truck on the highway, 15 ppb would correspond to 15 drops of a chemical, diluted in that entire truck. That is how little an exposure of 15 ppb is. Even these small amounts of lead in the water, over time, can affect people’s behavior and impair intellectual development.

Once lead is in the body, it can can also be stored in bone for years. Even after exposure stops, the lead can come back into the bloodstream and continue to damage the brain and other organs for years to come.

Lead is a toxin

Lead is known to cause problems with blood formation, kidney function, heart, reproduction, gastrointestinal symptoms, peripheral nerve damage (tingling in hands and feet) and even death. The effects on many of these organs can be permanent, and like all toxins the dose is critical. The higher the exposure and the longer it continues, the greater the damage.

Numerous research studies, some in the early 1940s, have shown that lead affects the development of a child’s intelligence. Even minuscule levels can decrease a child’s measured IQ.

In the brain, lead can disrupt the function of mitochondria in neurons, preventing the cells from functioning properly. It can also affect the release of neurotransmitters, which is how neurons communicate with each other, and alter the structure of blood vessels in the brain. Taken together this damage can lead to reduced IQ, learning disabilities, decreased growth, hyperactivity and poor impulse controls, and even hearing impairment. This is why lead exposure in children is especially concerning.

A diet rich in beneficial minerals, particularly iron and calcium, can lower, but not eliminate, the uptake of lead from environmental sources.It is recognized that poor nutrition can increase the uptake of lead into the body. For instance, calcium, which is an essential mineral for bone growth in children and for cellular function, can decrease lead absorption. If an individual has inadequate calcium in their diet, their body will absorb more lead. Additionally, since lead can replace iron in the formation of red blood cells, iron deficiency also leads to more lead being absorbed into the blood.

However, people with low incomes might have trouble buying enough food or getting a balanced diet, robbing them of the protection that good nutrition provides. Flint is an economically disadvantaged community, making the lead exposure there of even greater concern.

The damage lead causes cannot be reversed, but there are medical treatments to reduce the amount of lead in the body. The most common is a process called chelation – a patient ingests a chemical that binds to lead, allowing it to be excreted from the body.

Chelation, though, is not without its risks. The chemical doesn’t just increase the removal of lead, but also of essential minerals such as calcium. In children, the use of chelation therapy must be carefully monitored to avoid serious complications that can include permanent kidney damage or even death. The treatment is often reserved for only those children with very high lead levels.

Because lead causes irreversible damage, making sure that people aren’t exposed to lead is especially important.

Lead exposure in the U.S. has been minimized by two government actions.
In 1973, the Environmental Protection Agency decided to begin phasing out lead as a gasoline additive. The phase-out was complete in 1996.

Interestingly, this was not done for health reasons, but to allow the catalytic converters that cars required to meet new air pollution standards to function. However, the phase-out dramatically reduced the amount of lead deposited on the ground, where children could be exposed and ingest it while playing.

Then in 1977, the Consumer Product Safety Commission banned the use of lead paint from residential properties and homes. This action was solely based on health concerns.

Together, these actions greatly reduced lead in the environment, with an added benefit of reducing blood lead levels in children.

But plenty of lead is still out there

But there is still plenty of lead out there. And those who are poor or live in the shadow of abandoned industrial sites are often at greatest risk.

Much of the housing stock in the U.S, especially in eastern cities, dates to before lead paint was banned. Many homes, particularly in poor communities, still contain lead, and if the paint surfaces are not well maintained, the paint may flake off and form dust that can be inhaled and ingested. Another problem is that untrained individuals may attempt to remove the paint, which can make the problem even worse by generating large quantities of dust in the process.

Elevated lead levels can be found in many communities, often associated with metal smelting operations. Plants that manufacture or recycle car batteries can also be a problem. After the companies close, these sites (called Brownfields because they are often not cleaned up) create long-term persistent hazards for children in these communities.

It is no coincidence that these unremediated sites are often located in economically disadvantaged communities of color. Only by concerted community and government action can the sites by identified and cleaned up. This will take many decades, but it will prevent future health hazards for generations to come.