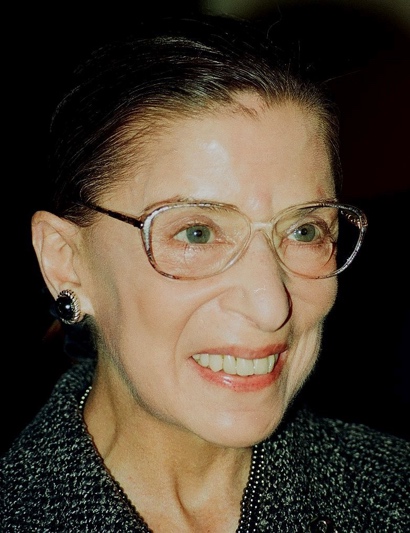 Supreme Court Justice, Ruth Bader Ginsburg, passed away on Friday, September 18th, in her home in Washington D.C. surrounded by her family and loved ones.  Her death is a result of complications of metastatic pancreas cancer.  The Supreme Court Justice had numerous fights with multiple cancers over the past twenty years. She was 87 years old.

Justice Ginsburg told her granddaughter, Clara Spera, before she died that, “my most fervent wish is that I will not be replaced until a new president is installed.”  Her death comes less than 50 days before the next presidential election.  Ignoring her final wish, Senate Majority Leader Mitch McConnell promises that Trump’s Supreme Court Justice Nominee will receive a vote before the upcoming election on November 3rd.

The life of Ruth Bader Ginsberg.

Justice Ginsberg graduated with a degree in government from Cornell University in 1954 at the top of her class.  That same year she married her college boyfriend Martin Ginsburg, who became a leading tax lawyer.  They then moved to Fort Sill, Oklahoma because Martin was stationed there with the Army Reserves.

The next year she became pregnant with their first child, Jane C. Ginsburg.  In 1956 she enrolled into Harvard Law school, later transferring to Columbia University.  Justice Ginsburg graduated, tied for first in her class, with a law degree from Columbia University in 1959.

After she graduated from law school, it did not take long for Ginsburg to realize that law firms did not want to higher her even with her impressive qualifications.  She eventually received a job clerking for US district Judge Edmund Palmieri in Manhattan.

After leaving this job, she became a law professor at Rutgers University in 1963.  While working for Rutgers, she became pregnant with her second child.  Ginsburg was afraid that she might be fired due to her pregnancy and as a result she wore baggy clothes in an attempt to hide her pregnancy before giving birth to her son James Stephen Ginsburg in 1965.

She left Rutgers University in 1972 to teach at Columbia University.  There she became the first tenured female professor in the history of the university

In 1972, Martin Ginsburg introduced his wife to a tax case that he had received.  The case was that of a young man who was being denied tax deduction for dependent care costs for being his 89 year old mother’s primary care giver.  He was not given the tax deduction because it was believe that a care giver is a woman’s job.

Ruth Bader Ginsburg worked on the case stating that the young man was being discriminated against because of his gender.  According to the 10th U.S. Circuit Court of Appeals it was found that the deduction was denied because of “a special discrimination premised on sex alone, which cannot stand.”  This ruling became essential for sex discrimination cases for decades to follow.

In 1996 Supreme Court Justice Ginsburg wrote the majority decision to stick down Virginia Military Institute’s men-only administration policy.  She ruled that this was a discrimination against women by now allowing them the same privileges as men.

In 1998 the Supreme Court Justice gave a speech at Duke University claiming that she did not consider herself an activist when she began her career.  She stated that she fought for women’s rights, “for personal, selfish reasons.”

Even in the last two months of her life, Justice Ginsburg was involved in cases taking place in the Supreme Court.  In July of 2020, she was a part of the 5 to 4 vote in stopping the Trump administration from shutting down DACA.

After the death of Supreme Court Justice Antonin Scalia in February of 2016, Senator McConnell stated that, “The American people should have a voice in the selection of their next Supreme Court Justice.  Therefore, this vacancy should not be filled until we have a new President.”  Scalia’s death came seven months before the 2016 presidential election.  The vote was ultimately delayed until Donald Trump was elected in 2020.

Now, less then 50 days before the 2020 presidential election, Senator McConnell stated, “President Trump’s nominee will receive a vote on the floor of the United States Senate.”  After making this statement Senator McConnell was met with backlash from a number of democrats including Senate Minority Leader Chuck Schumer and 2020 Presidential nominee Joe Biden.

Schumer tweeted Friday night that, “The American people should have a voice in the selection of their next Supreme Court Justice. Therefore, this vacancy should not be filled until we have a new president.”  This is the same exact statement Senator McConnell made in 2016.

Former President Bill Clinton paid his tributes to the late Supreme Court Justice tweeting, “We have lost one of the most extraordinary Justices ever to serve on the Supreme Court. Ruth Bader Ginsburg’s life and landmark opinions moved us closer to a more perfect union. And her powerful dissents reminded us that we walk away from our Constitution’s promise at our peril.”