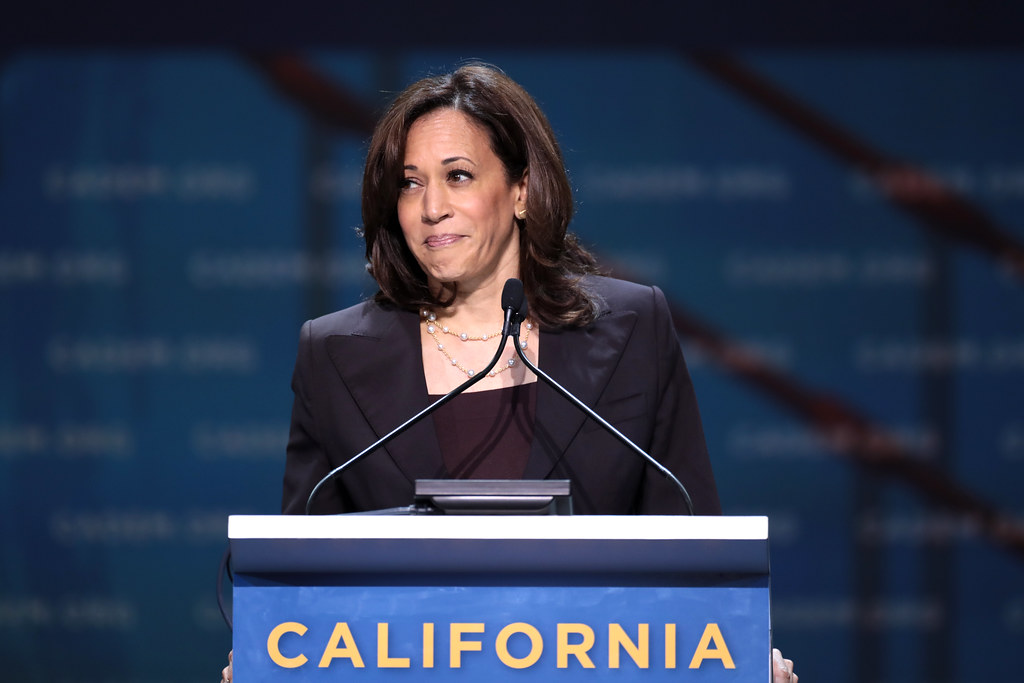 After the murder of George Floyd sparked a massive nationwide Black Lives Matter movement, Biden faced pressure from the public to choose an Black Vice President after he had also previously promised to choose a female as his running mate. California Kamala Harris was one of the top contenders that fit all of these categories. Americans are watching closely to make sure that Biden’s presidential ticket will crack down on the racial injustice of America’s policing system. Based on Harris’s recent progressive stance towards the police system, many speculate this is another reason why Biden picked her.

Biden hoped to win over many Americans across the political spectrum, whether it was conservatives who lost faith in President Donald Trump or moderate voters who leaned conservative. Most importantly, Biden has kept consistency with making his campaign about bridging the gap between “baby boomer” Democrats and “millennial” Democrats in order to unite the Democratic Party. Thus Harris may have been the “safe” choice considering all the factors and her potential to be a bridge for baby boomers and millennials. Despite this, Harris faced widespread criticism immediately after Biden announced her as his running mate.

Among the criticism she has faced, President Trump criticized her personality calling her “extraordinarily nasty”. Shortly after, Trump doubled down on his insults to Harris calling her not nice and compliant which is a common complaint against politically powerful women. He also told Fox News she was “condescending” and “angry.” The President brought up Harris’s participation in Brett Kavanaugh saying, “She was the angriest of the group.”

Some progressive critics have also pointed to her history as a prosecutor. Although Harris was able to ride the coattails of the Black Lives Matter movement, these critics claim that her history as a prosecutor did not help the anti-racist movement. David Campos, the San Francisco Board of Supervisors, said she “had the opportunity to do something about police accountability” as the city’s district attorney and that “she was either not visible, or when she was, she was on the wrong side.”

This is in reference to Harris shifting her views on police misconduct for political reasons. Harris largely avoided cases of police killings in her early years as state attorney general but moved closer to a reformist standpoint after the fatal shooting of Michael Brown by a police officer in Missouri which sparked the Black Lives Matter movement. Since then, she has risen to be more critical of police violence. Peter Beinart expressed the general perspective that Harris had been less confrontational with issues of race because she had to in order to survive as a politician given the context of the times but it is a good thing now that she has adjusted to the current more progressive era.

Critics attack Harris and her competency to be Vice President

Supporters of Trump argue that Harris flip-flopped on issues like health care, marijuana legalization, immigration policy and more in an effort to characterize her as an untrustworthy Vice President. The biggest criticism regarding Harris changing policy positions is regarding Medicare For All which would have ended private health insurance and created a government-run program. Despite these criticisms, this could be seen as a positive attribute for the vice presidential candidate. Given the current events, Americans seem to majorly disapprove of President Trump’s refusal to take Covid-19 seriously and to show empathy for victims of police brutality. In contrast, Harris has responded to the public opinion by doubling down on her stance against police violence after the Black Lives Matter protests.

One of the more ridiculous claims by Trump supporters is that the immigrant background of Kamala Harris’s parents may deem her not qualified for the positions. This argument was asserted by an article from Newsweek without providing evidence of such claims. Trump had referred to this article in his attacks on Harris saying that she is not a “natural-born citizen” eligible to be vice president and calling the lawyer that wrote the Newsweek article “a very qualified, very talented lawyer.”