Home » Exercise nutrition: whether you should eat before or after a workout depends on your fitness goals 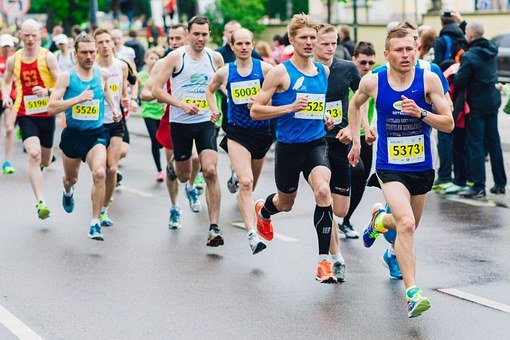 Exercise nutrition: whether you should eat before or after a workout depends on your fitness goals

There’s plenty of evidence showing how important nutrition is for exercise, from aiding performance to enhancing recovery. But it’s often confusing to know whether it’s best to eat before or after you exercise.

To answer this, you should first consider what you’re training for, as your goal could influence whether to eat before or not. Second, you need to consider the level that you’re at. An elite athlete’s needs are different from a beginner and probably influences how much energy from food is needed – and even the number of meals eaten. Third, you need to think about what works for you. Some people thrive when training in a fasted state, while for others, it’s the opposite.

When we exercise, our bodies need energy. This energy is supplied by fuel, either stored in our bodies (as carbohydrate in our liver and muscles, or from fat stores), or from the food we eat. If the exercise is demanding or if we exercise for a long time, we use more stored carbohydrate (known as glycogen).

Studies show that carbohydrates in our diet are important in topping up our glycogen stores between bouts of exercise and also when eaten before exercise sessions.

So if your energy is somewhat low, or you’re doing a longer or more demanding session, consuming carbohydrate-rich foods – such as pasta, rice, cereals or fruit – around three to four hours before exercise can help provide the energy you need to keep moving.

There’s also evidence that carbohydrate type can help improve metabolic responses to exercise. While this may not necessarily affect performance, eating lower glycemic index foods (foods that produce a slower-releasing carbohydrate effect, such as porridge oats or wholegrain bread) can better sustain energy and provide benefits (such as lower use of glycogen stores) during exercise for some.

But eating right before exercising could cause indigestion, cramps or nausea. Consuming an easily digestible, carbohydrate-rich meal (for example, porridge with blueberries) around three hours before a training session may help sustain energy and improve training quality without necessarily leading to gut issues. Pre-fuelling also helps sustain blood sugar levels during exercise, which can positively affect performance.

If your goal is building strength or muscle, evidence also suggests that eating protein before exercise may improve overall recovery responses. By providing essential amino acids before they’re needed, this could support early recovery and may be relevant for those undertaking intensive workouts.

On the flip side, however, recent research has demonstrated that training in a fasted state – for example, first thing in the morning before breakfast – can actually lead to positive adaptations linked with efficient fuel use and fat burning.

This doesn’t necessarily mean greater weight loss, but it could optimise fuel efficiency, which may be important for those training for a marathon, for example, to help delay fatigue. Fasted training could also have other health benefits such as improved blood sugar and hormone regulation.

But if we think about the point of training, it’s all down to how we recover and adapt from it. This is where nutrition has a significant role to play. Early research has shown the benefits of eating carbohydrates after exercise to restore muscle glycogen. Not only does this affect our ability to train many times a week by helping muscles recover faster, it’s also shown to affect how well we perform.

Studies have also demonstrated that eating soon after finishing exercise (as opposed to waiting for a few hours) can help maximise recovery, particularly if a carbohydrate intake of about 1.3 grams per kilogram of body weight per hour is consumed during the two-to-six hour short-term recovery phase. This could be useful to know if you are doing another session that day or within eight hours.

If your exercise sessions are more spread out, then early refuelling of carbohydrate is less important, so long as you aim to meet suggested guidelines, which, for moderate activity, is around five to seven grams of carbohydrates per kilogram of body weight a day.

But there’s also an overwhelming amount of evidence pointing towards the importance of protein feeding during recovery from exercise, both for maximising muscle growth, and supporting glycogen replenishment (if protein is consumed with carbohydrates). Research also shows that if training is done later in the day, then consuming a small protein meal (such as a shake) before bed can also help with acute recovery leading to muscle growth.

Unless training in a fasted state for a particular reason (such as for metabolic adaptations or personal preference), there does appear to be clear advantages for eating before (and during) longer duration exercise. This may also be the case for more trained athletes looking to gain a performance edge. But using nutrition to strategically recover should be a must for those who are serious about maximising their workouts.

But what about both? In the case of resistance training, such as weight lifting, research shows consuming a combination of mainly carbohydrate, protein, and creatine immediately before and after training provided better muscle and strength gains over ten weeks compared with consuming these nutrients away from training.

While eating after exercise is important for building muscle and recovering between workouts, eating before a workout may be equally important for those doing demanding or long workouts. But no matter the type of exercise, it’s important to make sure you’re eating enough carbohydrates, protein and other key nutrients to fuel yourself.