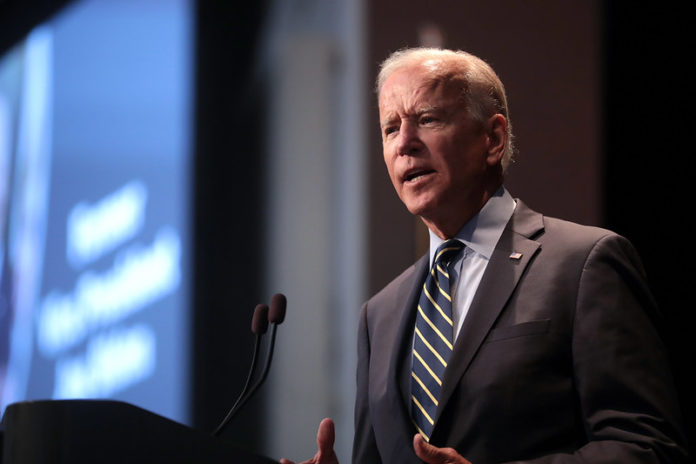 Biden teams up with progressives for tax plan

Early in the month of July, presumptive Democratic presidential candidate, Joe Biden, teamed up with former presidential candidate, Bernie Sanders, to form a unity task force that drafted a 110 paged policy agenda. Of the many policies within the agenda, it was also revealed how Biden will change the way Americans will be taxed. The bottom line for Biden’s tax plan was that he was going to increase taxes and hold wealthy Americans accountable.

Within the tax plan are five key goals: taxing wages and capital at the same rate, increasing taxes on the wealthiest Americans by limiting unequal and unproductive tax expenditures, increasing corporate tax rates, increasing estate taxes back to normal, and expanding the Child and Dependent Care Tax Credit.

Taxing wages and capital at the same rate

President Donald Trump’s Tax Cuts and Jobs Act of 2017 changed the way sources of income were taxed. Capital, which many rich elites had their assets stored, was taxed less than income from labor. Short-term capital is taxed similarly to income through our current progressive taxing system. However, when capital is held for longer than a year, gains are given preferential rates of 0-20%.

Biden plans to end these preferential rates in an attempt to tackle wealth inequality. Biden’s report says, “A guiding principle across our tax agenda is that the wealthiest Americans can shoulder more of the tax burden, including in particular by making investors pay the same tax rates as workers and bringing an end to expensive and unproductive loopholes.”

Wealthy Americans benefit greatly in taxes due to their expenditures like excluding employers’ contributions for employees’ medical insurance premiums and medical care, a preferential rate structure for capital gains and dividends, benefits for tax-qualified retirement savings accounts, exclusions of capital gains at death, and deductions for charitable contributions. According to analysis by the Center on Policy and Budget Priorities, almost 60% of the expenditures go to the top 20%, a quarter of which go to the top 1%.

Biden’s report proposes increasing taxes on the wealthiest Americans through limiting these expenditures.

Trump’s tax plan also cut corporate tax rates from 40% to 21% claiming the wealth would trickle down and increase household incomes. In fact, Americans didn’t see the trickle-down effect on their incomes.

Biden’s plan proposes raising the corporate tax rate to 28% which is still significantly lower than it had been. This increase could raise $1.5 trillion instead of adding to the national deficit like Trump’s corporate tax cuts did.

Trump’s tax plan increased the taxing level of inherited estates from property valued at $5.49 million to $11.4 million. This meant that only estates valued above $11.4 million would be taxed at the 40% rate. Supporters of this change argue people like farmers struggled to pass valuable land to their children without owing money but according to The Tax Policy Center in 2017, only 50 farmers owed money under the estate tax.

If elected, Biden would change the taxable estates back to those valued at $5.59 million.

Biden’s tax plan recommends expanding the Child and Dependent Care Tax Credit. This credit is meant to help working parents who pay out-of-pocket expenses for childcare. Currently the credit is nonrefundable meaning it can only be used to offset income tax owed and low-income families owe very little thus they do not get to make use of it. Biden would open up the rebate to all families with dependent families regardless of income.

How things must go for the plan to be successful

In order to get all of these proposals through Congress, the democratic party must keep the House majority, gain the majority in the Senate, and most importantly, win the presidential election in November.