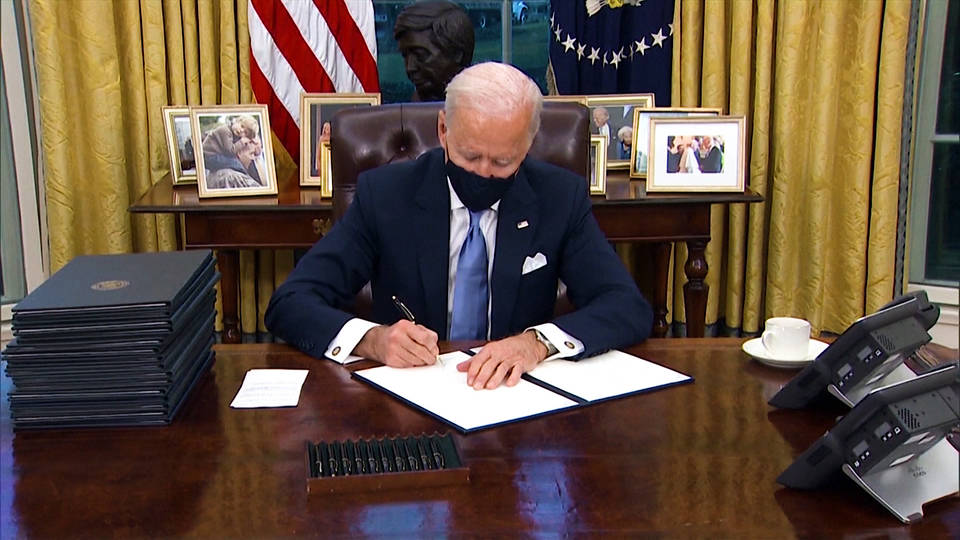 On Tuesday, August 11th, presumptive democratic presidential candidate announced Senator Kamala Harris as his running mate on Twitter for the 2020 presidential election. Shortly after, Harris tweeted that Biden, “can unify the American people because he’s spent his life fighting for us. And as president, he’ll build an America that lives up to our ideals. I’m honored to join him as our party’s nominee for Vice President, and do what it takes to make him our Commander-in-Chief.”

Harris will make history in several ways if Joe Biden is elected. She will be the first female, Asian-American and African-American Vice President in history.

Why Biden’s choice is important

Harris was a strategic choice for Biden because of her personal experiences as a person of the African American community considering the current Black Lives Matter movement. Despite critics to have persistently referenced her track record as an intense prosecutor, her recent history has won back many skeptics. She has begun to embrace more change and helped steer Democratic efforts to pass police reform this summer.

Additionally, Biden has referred to himself as “a bridge” to new slate Democratic politicians in response to those concerned of his age. Biden’s choice of Kamala Harris as his running mate solidifies his claim of being a bridge by choosing a leading figure from a younger generation within the party.

What Americans think of Kamala

Following Biden’s announcement, most Americans approved of the presidential candidate’s choice. According to an ABC News poll, 54% of Americans approve of Kamala Harris as the democratic vice presidential candidate and 29% disapprove. Within the Democratic party, there is overwhelming support for Biden’s choice with 86% approving and 6% disapproving. Among Republicans, the approval ratings were 25% approve and 55% disapprove. Independents had approval ratings of 52% to 29%.

Predictably, disapproval among Americans is largely from conservatives, white evangelicals, rural residents, and non-college educated white men which is the main demographic of Trump’s supporters. On the other hand, approval for Harris is highest with liberals, residents of the northeast, people with postgraduate degrees, and urban dwellers.

The poll being referenced randomly surveyed 1001 Americans and has an approximate 3-5% margin of error.

Trump told reporters that Biden’s pick was very predictable but it still came as a surprise to the President due Harris’ history and her relationship with Biden. He stated, “She was very disrespectful to Joe Biden and it’s hard to pick somebody that’s that disrespectful,” most likely referring to Harris slamming Biden over his past racism in the democratic primary debates earlier last year.

President Trump also criticized her inability to win over her own party, referencing her early dropout in the democratic primaries. He also called her treatment of Supreme Court Justice Brett Kavanaugh during his confirmation hearing “extraordinarily nasty”.

Kamala Harris rising the ranks as a politician

As a prosecutor in the Alameda County of California, Harris won her first political election after she defeated the incumbent in 2003 to gain the title of San Francisco district attorney. Six years after her victory, she was once again the underdog in the race to maintain her position with many in her own party seeing her as unelectable. She just barely won that election and shortly after, she won an open Senate seat in 2016. This made her the first Indian American senator.

Harris built a prominent name for herself in the Democratic party after her critical interrogations of Trump nominees like Supreme Court Justice Brett Kavanaugh and Attorney General Jeff Sessions in Senate hearings. In Harris’ memoir, “The Truths We Hold”, she emphasizes how she has been underestimated throughout her entire political career. In her memoir, she recalled a specific political strategist who told her she could not win “because I was a ‘woman running for attorney general, a woman who is a minority, a woman who is a minority who is anti-death penalty who is DA of wacky San Francisco.’ ”Today, she has superseded all expectations opponents had of her and will run with Joe Biden for office in one of the most crucial elections in American history.