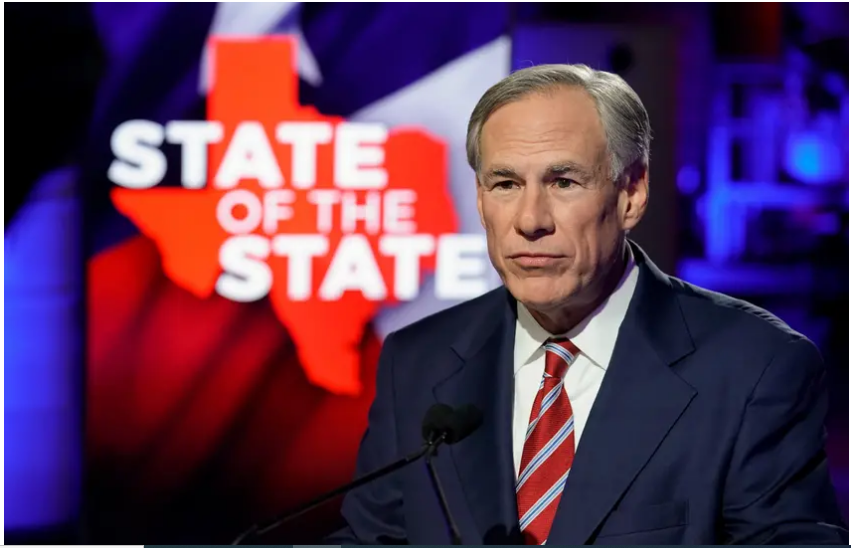 “Analysis: Greg Abbott’s priorities match what lawmakers are already doing” was first published by The Texas Tribune, a nonprofit, nonpartisan media organization that informs Texans — and engages with them — about public policy, politics, government and statewide issues.

It’s always easiest to lead the Texas Legislature by going where lawmakers already wanted to go, and there’s a fresh example in the “emergency” list for legislators laid out Monday in Gov. Greg Abbott’s State of the State address.

Expanded broadband internet and protections for businesses against pandemic-related lawsuits were already under discussion three months after COVID-19 swept into Texas. People inside and outside of government have worked hard on those issues for a while now. The governor himself has had a task force working on broadband for months.

Legislation that would have made it harder for jailed suspects to be released on bail if they’re considered dangerous failed in the Legislature two years ago; that’s a priority of the governor’s now. And it offered Abbott a hook for his “back the blue” push that began during the 2020 election cycle, alongside his request for state laws restricting local efforts to divert and cut police funding, another of the governor’s emergency items.

And he put “election integrity” on his top list, with no specific recommendations about a general theme that played so strongly before and after the 2020 general election — or any evidence of widespread fraud in Texas elections. He said “we must have trust and confidence in the outcome of our elections” without saying what’s wrong with them and what changes he’d make.

Abbott’s customary start-of-the-session address wasn’t so much a new turn to the affections of hard-core Republicans as a return to those positions. Two years ago, after the party’s close calls in the 2018 elections in Texas, Abbott and other state leaders turned to relatively non-political issues, heeding voters’ apparent calls to work on public education, property taxes and related issues.

That election was partly a reaction to the partisan grappling of the 2017 “bathroom bill” session, so named because of its attention-hogging debate over legislation that would have restricted transgender Texans’ access to certain public facilities. The governor started that session with issues popular with his partisans, including a ban on “sanctuary cities” and a call for a convention of states to amend the U.S. Constitution.

In his address this week, Abbott talked about the pandemic without making it one of his legislative priorities, or “emergency” issues that can be immediately addressed by lawmakers — an indication that he doesn’t see an urgent need for new law in response to COVID-19.

The issue is urgent. New laws, not so much.

He didn’t mention George Floyd, the Houston man killed early last summer in the custody of Minneapolis police, although Abbott had visited Floyd’s family and suggested lawmakers should work to prevent police brutality. “When we get to the Texas Legislature, discussions have already begun,” the governor said in June. “Remember this: Texas has a legacy of success, whether it be the Timothy Cole Act, the Sandra Bland Act and now maybe the George Floyd Act, to make sure that we prevent police brutality like this from happening in the future in Texas.”

A bill creating a George Floyd Act has been filed for the current legislative session; Abbott didn’t mention it in his State of the State speech. He nodded to “the need to improve policing,” but limited that to providing “law enforcement with the tools and training they need.” He wants to revive law enforcement legislation named for a state trooper, Damon Allen, killed in 2017 by someone who had been released on bail. That bill, which stalled in the Senate two years ago, would make it harder for suspects considered dangerous to be released on bail.

His wish list includes laws to limit local reworking of public safety budgets. “We will support our law enforcement officers, not demonize and defund them,” Abbott said. “Defunding law enforcement invites crime and chaos into communities.”

Abbott offered up no surprises, and nothing that wasn’t already on the Legislature’s own list of things to do.

Expansion of high-speed internet has been an issue for rural Texans for years. The pandemic has made its uses for education, business, commerce and medicine clear, and also put the digital divide in high relief, both in rural Texas, where the needed infrastructure is lacking, and in urban environments, where the cost of service puts it out of reach for many. It wasn’t a legislative priority before COVID-19, but now it is.

The nationwide demonstrations after Floyd’s killing reignited calls for racial justice and systemic changes to policing, along with reactions in defense of law enforcement like the governor’s. That was already on the legislative agenda.

It has been clear for months that nearly everyone with a toe in civic affairs wants to make changes in voting and election law, and lawmakers have pre-filed legislation coming at that from many different angles. It’s not clear that any proposals have a majority of legislators behind them, and Abbott’s election integrity lines neatly cut through that by not staking out any position.

This article originally appeared in The Texas Tribune at https://www.texastribune.org/2021/02/02/texas-legislature-abbott/.