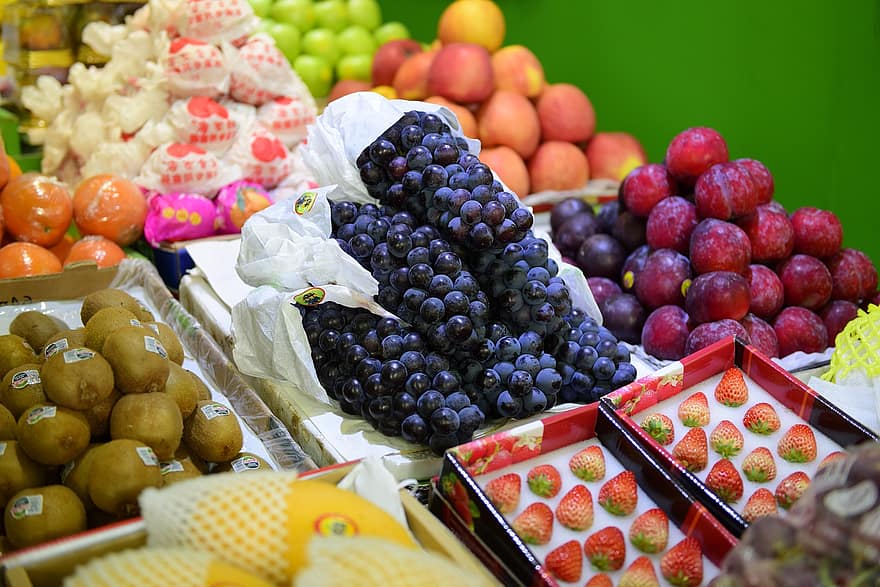 Spring is just around the corner, and with it comes another growing season. Eating a diet rich in fruits and vegetables can help lower calorie intake; reduce risks for heart disease, obesity and Type 2 diabetes; and protect against certain cancers.

With all these benefits, why do some consumers choose to avoid produce? Approximately three-quarters of people in the U.S. don’t eat enough fruits and vegetables, according to the 2015 Dietary Guidelines for Americans.

A lot of factors could explain the shortfall, including fear. Media stories about topics such as GMOs and pesticides may convince some consumers that it’s not safe to eat certain fruits and vegetables. There’s no question that negative news about produce can affect consumer choices. One survey found that, among 510 low-income shoppers, those who heard messages about pesticide residues on produce were less likely to purchase any type of fruits and vegetables.

One high-profile report intended to drive consumer choices is the Environmental Working Group (EWG) Dirty Dozen™ report, a listing of fruits and vegetables it claims have the highest levels of pesticide residues. The EWG is an American nonprofit environmental organization that specializes in research and advocacy in a number of areas, including toxic chemicals.

This year’s report, published on March 8, also came paired with the EWG’s 2017 Shopper’s Guide, which promises to “[help] protect your family from pesticides!” Both publications are based on an analysis of more than 36,000 samples of 48 popular fruits and vegetables, taken by the U.S. Department of Agriculture (USDA) in 2016.

But while a list like the Dirty Dozen may attract attention from concerned consumers, it doesn’t use the same rigorous methods for measuring risk that food scientists typically do. A report by the World Health Organization and United Nations found that the Dirty Dozen results in negative consumer perceptions about fruits and vegetables, which goes against dietary advice to eat more of them.

We are not challenging EWG’s right to publish this list, but its failure to provide proper context is a concern. Without that, an informed decision is impossible. As scientists interested in food safety, we believe the most appropriate context would be to compare that list to the actual USDA reports, which are developed under their Pesticide Data Program (PDP). The results suggest there is far less to fear from our produce than some would have you believe.

To build the annual Dirty Dozen™ list, the EWG says it looks at six measures of pesticide contamination. For each metric, it ranks each food based on its individual USDA test results, then normalizes the scores on a 1 to 100 scale, with 100 being the highest. A food’s final score is the total of these six normalized scores from each metric.

This year, it lists strawberries at #1 (the “dirtiest” of the dirty), apples as #4, peaches as #5 and celery as #9. We did a comparison of the last 10 years of the Shopper’s Guide™ published by EWG. These four commodities were included on every list since 2007.

We compared these lists against the USDA’s actual annual reports from 2006 to 2015 and uncovered some interesting anomalies.

The USDA produces the most comprehensive pesticide residue database in the country. These data enable the EPA to assess dietary exposure, particularly among commodities popular with infants and children, and to provide guidance to governmental agencies.

Over the 20 years the USDA has tested residues, about 99 percent of crops and commodities have tested below – often significantly below – EPA tolerance levels. The USDA has consistently emphasized that “based on the PDP data, consumers can feel confident about eating a diet that is rich in fresh fruits and vegetables.”

Because the USDA doesn’t test every food every year, the EWG says that it generally uses the most recent sampling period for each food. However, using data that are as much as four years old to put together its annual lists seems more than a little arbitrary. It appears to us that some commodities have been mistakenly targeted over the last decade by the EWG as dangerous.

Importantly, the USDA actually analyzes the pesticide residues on fruits and vegetables. The EWG merely relies on the USDA data and scores risk simply by whether pesticide residues can be measured. By emphasizing fear over facts, it reinforces irrational perceptions.

What’s missing from the Dirty Dozen

However, the EWG errs by considering any and all pesticides as equally toxic, rather than relating detected pesticide residues to known safety standards.

All pesticides must be registered with the U.S. Environmental Protection Agency (EPA), which evaluates an extensive amount of scientific data.

The EPA assesses risks and benefits of a product’s use; provides label directions to control how products are used; and can suspend or cancel a product’s registration. The EPA also sets pesticide tolerances – that is, maximum permissible residue levels – for each and every pesticide used in or on food. The tolerance for an individual pesticide is tailored to reflect the specific scientific data, including toxicology studies, for that pesticide.

The EPA requires a large battery of studies to measure the effect and safety of a new pesticide. First, it determines the highest dosage at which there is no observable adverse effect. That dosage is then divided by uncertainty factors of up to 1,000 to calculate the allowable daily intake, and by an additional uncertainty factor of up to 10 to calculate the reference dose, or maximum acceptable dose.

Finally, according to the Food Quality Protection Act, the EPA must determine that a pesticide poses “a reasonable certainty of no harm” before it can be registered for use on food or feed.

Since analytical instruments are able to pick up increasingly smaller concentrations, many crops have detectable residues yet no significant risk. The USDA reports its data on pesticide residues in parts per million, or ppm. To put that in context, one ppm is roughly equivalent to a single minute in two years.

In addition, the overwhelming understanding within the scientific community is that any risk assessment carries some level of uncertainty. The EWG twists this fact around to suggest that uncertainty equals harm. But its approach ignores the fact that uncertainties are a part of risk assessment. It effectively misrepresents the consequences of pesticide exposure.

Despite the claims made by the EWG, the mere presence of pesticide residues cannot constitute a risk. A “risk” is, by definition, dependent on the level of exposure, and the EPA has set specific tolerance levels for each and every pesticide. The challenge lies in accurately communicating risk and, by extension, safety, to consumers.

While some groups, such as the EWG, promote organic produce over conventional produce, there are a far greater number of regulatory safeguards in place for use of conventional pesticides. As noted above, the EPA requires an extensive amount of scientific research to support an application for a new conventional pesticide. Organic pesticides are managed by the USDA National Organic Program (NOP). The NOP does not specifically list each allowable natural substance that can be used for organic farming. Rather, it sets the criteria for determining if a substance is natural. The reality is that data on pesticide use in organic farming are limited. Importantly, the NOP is managed by the 15 members of the National Organic Standards Board, of whom only one is listed as a scientist.