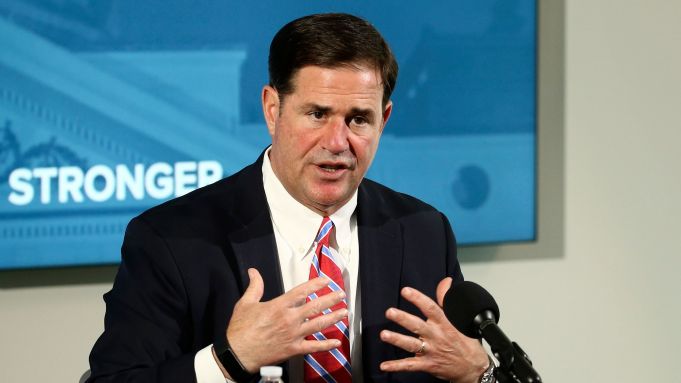 Even though Arizona’s business and individual COVID-19 mitigations haven’t been in effect since March, the state remains in an official state of emergency.

Gov. Doug Ducey rescinded much of Arizona’s COVID-19 mitigations on businesses and individuals in March. Three months later, he’s yet to give up his emergency declaration powers, allowing him to reach further with his executive orders and maintain a flow of certain federal money.

Ducey’s office didn’t respond to requests for comment on the matter, but the Arizona Department of Health Services expounded on the benefits of keeping the emergency declaration active.

“The state of emergency is required for federal reimbursement for the COVID-19 response, provides for data collection essential to tracking COVID-19, and takes into account the uncertainty of what COVID-19 will do as it remains active in the community and continues changing through mutation,” the department said.

Several other states have seen their governor’s voluntarily relinquish their emergency powers. Some state legislatures have elected to strip them from their chief executive. Arizona, like California, Hawaii and others, continue to operate under the recurring declaratory orders.

Opinions of whether Ducey should maintain the emergency powers seem to fall on whether someone agrees with how he wields them.

Rep. John Kavanagh, R-Fountain Hills, wrote Attorney General Mark Brnovich in December, asking about how the Arizona Legislature would go about rescinding Ducey’s emergency powers. In his letter, Kavanagh didn’t express intent to undo the governor’s declaration, rather asking about the process and consequences of doing so legislatively.

Kavanagh said Thursday his concerns with Ducey’s emergency powers were the mask and distancing mandates, which were rescinded in March. He now fully supports Ducey keeping the power.

“The main purpose that the present emergency orders serve is to limit the powers of the universities and municipalities to impose their own mask, vaccine mandates and other mandates,” Kavanagh said. “The governor used his emergency powers to stop ASU’s vaccine mandate to avoid masking and onerous health check requirements. If we terminate the governor’s state of emergency, the ASU mask mandate returns.”

As he had mentioned in his letter to Brnovich, Kavanagh said the emergency powers allow Ducey to keep municipalities from imposing unnecessary restrictions.

“If we end the state of emergency, we unleash cities to impose their own restrictions,” he said. “I would not like that.”

“Governor Ducey [and] Director (Cara) Christ will not be lifting the emergency declaration anytime soon because they are clearly enjoying the authority that the public health emergency declaration gives them to micromanage cities, counties, businesses, the K-12 system and now universities and community colleges,” he said.

In January, Humble and his organization opposed SCR1001, which would have rescinded Ducey’s emergency powers at a time when COVID-19 infections were high.

Humble does admit if he were still running ADHS and had autonomy from the governor, he would like the emergency declaration to remain because he would use it for “evidence-based things, not bad things like the way they are.”

This article was originally posted on With mitigations gone for months, Arizona keeps emergency declaration