Home » Will Covered California Sell Health Coverage To The Undocumented? 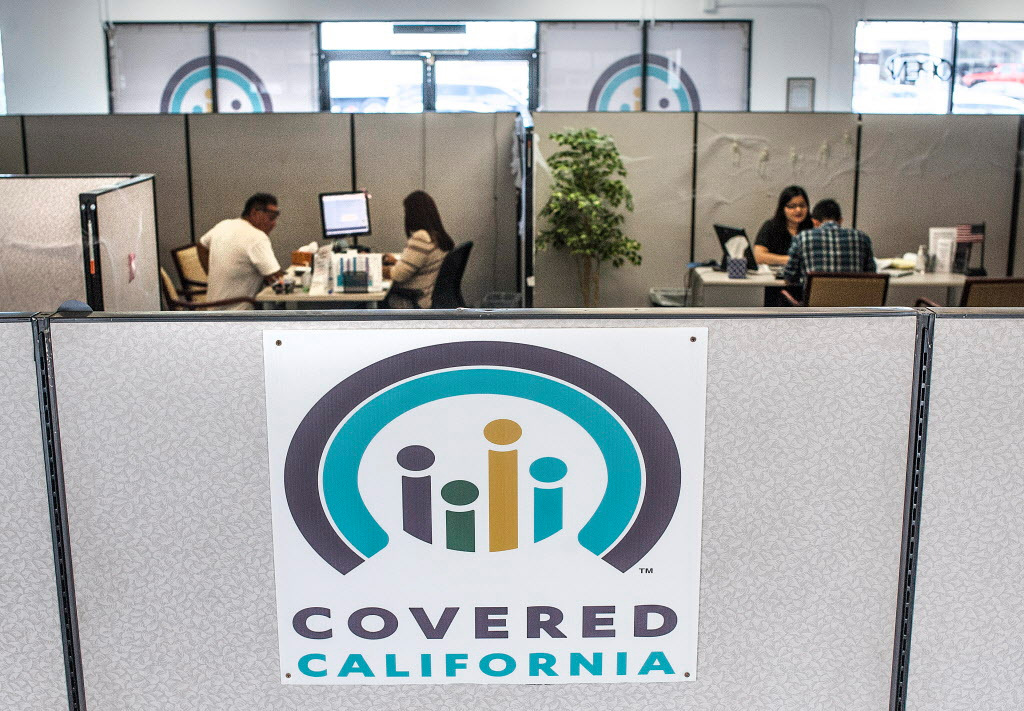 Will Covered California Sell Health Coverage To The Undocumented?

California legislators are attempting to clear the way for undocumented immigrants to buy health insurance through the state’s insurance exchange — potentially setting a national precedent.

The fusion of illegal immigration and the Affordable Care Act, two of the most highly charged elements on the periodic table of U.S. politics, could engender a combustible reaction, especially in an election year.

Immigrants living in the country illegally are excluded from the insurance-expanding provisions of Obamacare. They are not eligible for Medicaid (called Medi-Cal in California), and they are not allowed to purchase a health plan from the federal marketplace or any of the state exchanges.

Without that provision, Congress would not have approved the health reform law to begin with.

Now, however, some California families and advocates are pinning their hopes on a bill by state Sen. Ricardo Lara (D-Bell Gardens) that would open the door for undocumented immigrants to buy health plans from the Covered California exchange. Unlike most exchange customers, however, they would get no federal dollars to help them do so.

That, many observers say, makes the proposal a largely symbolic gesture, since most undocumented immigrants would not be able to afford the premiums without financial assistance.

It would not actually allow immigrants without papers to buy insurance through the state exchange. It would only request that the federal government exempt California from the rule that forbids such purchases. It’s the feds who make the call.

If the feds were to greenlight the plan, Covered California would be the first exchange in the country to sell insurance to undocumented immigrants — a prospect that is not welcomed by critics of illegal immigration.

There’s no apparent legal reason why the feds wouldn’t sign off on such a request, said Tim Jost, a professor emeritus of law at the Washington and Lee University in Virginia. But it could generate some significant political fireworks, especially in a presidential election year, he said.

“I can almost guarantee in the right wing media, this would play a pretty big role,” he said. “This would become a case of ‘we told you so’ that Obamacare would help undocumented workers.”

But Katherine Hempstead, a senior advisor at the Robert Wood Johnson Foundation, said the fact that no federal dollars would be involved makes it less of a hot button issue. “It’s just another distribution channel,” she said.

Before Lara’s proposal even makes it to the federal level, it must first get through the legislature and past the desk of Gov. Jerry Brown.

Some health policy experts believe the bill has a decent shot of getting through California’s political hierarchy.

Shannon McConville, a research associate at the Public Policy Institute of California noted that while Gov. Brown has been fiscally conservative for the most part, he did sign a law — scheduled to take effect next month — that allows undocumented children to get full Medi-Cal benefits.

“The [Lara] bill, at least in its current state, doesn’t have a large price tag, so it seems possible he’d approve it,” McConville said. “But you can never know for sure.”

At the federal level, the Affordable Care Act provides for an “innovation waiver,” which allows states — with federal approval — to modify certain sections of the health reform law in order to expand coverage. Such changes must have no net impact on the U.S. budget, which is why federal subsidies are excluded from Lara’s bill.

An analysis of the waiver proposal, presented by Covered California staff members to the exchange’s board earlier this month, estimated that enrollment would increase by about 50,000 if immigrants without papers could buy coverage through the exchange.

Covered California’s executive director, Peter V. Lee, did not stake out a position on the plan, but he said exchange officials stood ready to assist the legislature in pursuing this option.

“The ball is in their court,” Lee said.

Although undocumented immigrants would not qualify for financial help under the proposal, they would still benefit from the considerable investment Covered California has made in infrastructure to inform and enroll consumers, McConville said.

Some opponents of the plan think selling to immigrants without papers should not be a high priority for Covered California. “The state has failed on its commitment to health care providers and their patients, and my budget priority is to take care of them first before expanding the pool,” said Sen. Joel Anderson (R-Alpine), who voted against the bill in the Senate last year.

Others simply believe that neither the state nor the federal government should confer any benefits on people who are in the country illegally.

Ira Mehlman, a spokesman with the Federation for American Immigration Reform, said that providing coverage to undocumented immigrants under the Affordable Care Act is tantamount to accepting their unlawful presence in the country.

And, he argued, this is just the first step in eventually getting subsidized coverage.

Without subsidies, it is uncertain whether many undocumented immigrants would actually buy Covered California plans.

After all, they can already buy private plans through brokers or directly from insurers, but they are not rushing to do it, said Alex Hernandez, an insurance agent in Merced. “Cost is always what drives them away,” he said.

Hernandez calculated that a person in her mid-20s, making around $45,000 a year, would pay $304 per month for a standard Anthem-Blue Cross plan through Covered California. That same plan purchased directly from Anthem by the same person would cost $303.30, he said.

Advocates for expanding health coverage concede that allowing people without papers to purchase it on the exchange won’t necessarily make it more affordable for them, but they say it would open the door to broader access and a sense of inclusion.

People in mixed-status families — ones with some members who are in the country illegally and others who are legal residents or U.S. citizens — would benefit most, consumer advocates say. Data discussed at a Covered California meeting in February showed that 74 percent of households headed by undocumented immigrants have family members who are citizens.

Proponents of the plan believe that if some family members already interact with Covered California or Medi-Cal, it could encourage others in their household to seek coverage.

Opening the exchange to the undocumented, they say, would simplify enrollment for the entire family by creating a “one-stop shop” for all household members.

“It’s a modest step forward, but important for the goal of health care for all,” said Anthony Wright, executive director of Health Access, a consumer advocacy group. He said supporters of the bill are fully aware that people will continue to face affordability issues, but there also thousands who may be able to afford it.

Maria Galvan, an undocumented resident in San Fernando, California is not one of them. She does not think she would purchase coverage without subsidies. She knows how expensive it can be, even for small business owners like herself and her husband.

Galvan, said she does not seek much preventive care. When she gets sick, she usually weathers it with home remedies. If it gets serious, she goes straight to the emergency room at Olive View- UCLA Medical Center in Sylmar, her nearest hospital.

The article was published at Will Covered California Sell Health Coverage To The Undocumented?

Ana B. Ibarra
More from PoliticsMore posts in Politics »