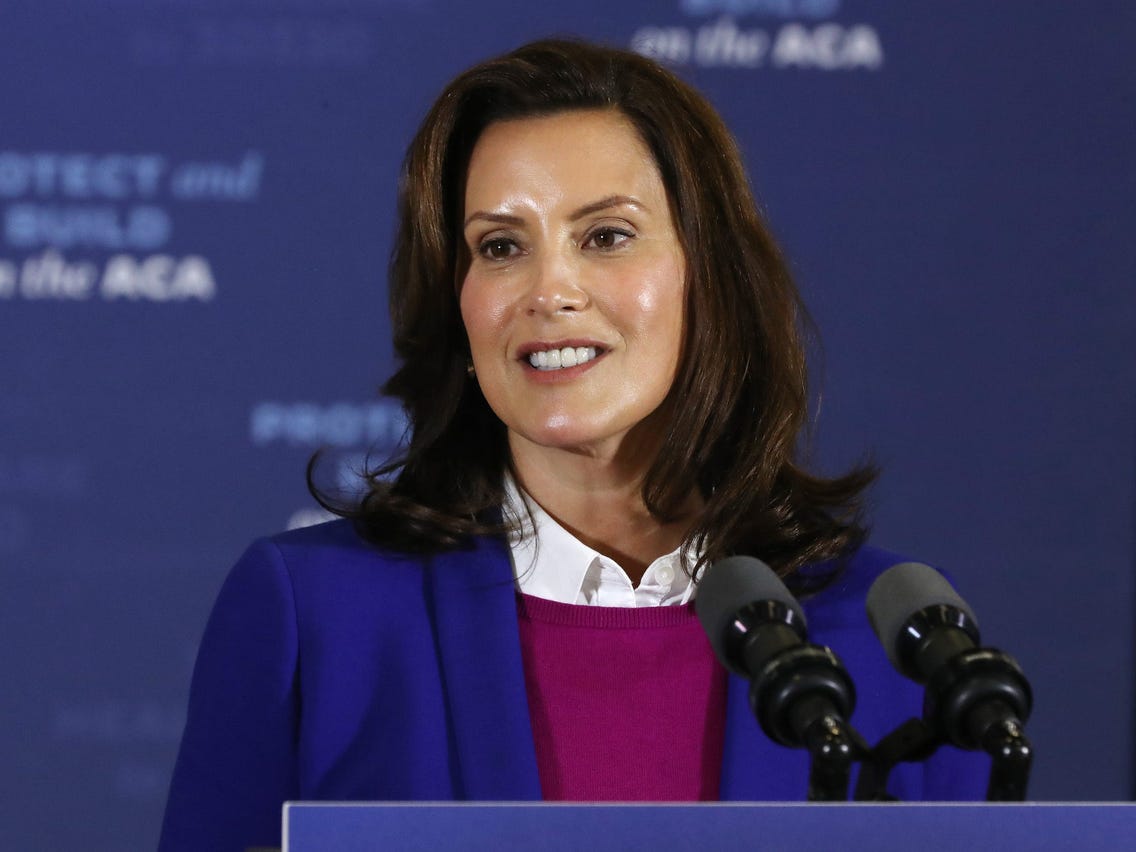 Michigan Gov. Gretchen Whitmer’s announcement this week that she is reinstating the state’s prevailing wage rules is drawing accusations that the move is nothing more than a sop to the governor’s extensive list of donors affiliated with organized labor.

“Governor Whitmer is putting campaign donors before Michigan’s hardworking taxpayers,” Eric Ventimiglia, executive director for Michigan Rising Action, said in a statement that included an extensive list of skilled trades unions that have contributed to the governor’s campaign war chest. “Hundreds of thousands of Michiganders worked to place this initiative in front of the legislature, and her unilateral decision to break the law is another example of Whitmer pandering to her highest donors.”

“While we appreciate that the Governor got used to unilaterally making decisions over the past two years, we are disappointed that she would once again be so blatant in her abuse of power and actually believe that it is in her constitutional purview to reinstate a law that had been repealed by the legislature through an initiative petition,” said Amanda Fisher, assistant state director for the National Federation of Independent Business in Michigan.

“While the Governor claims she is helping families, the truth is, she will hurt small businesses and countless families still trying to recover from her inconsistent and draconian restrictions on business for the past year and a half,” Fisher continued.

Although the Michigan Legislature repealed the state’s prevailing wage law in 2018, Whitmer claims the 2018 legislation provided a legal loophole by which the state’s Department of Technology, Management and Budget retains the authority to require prevailing wage for state contracts.

“Gretchen Whitmer’s latest unilateral overreach is patently illegal,” Tori Sachs, executive director of the Michigan Freedom Fund, said in a statement. “Whitmer’s move to override state law will raise costs on taxpayers and it will hurt Michigan’s construction workers. The truth is, Gretchen Whitmer knows what she did is illegal – she just doesn’t think the law and rules apply to her.”

Michigan House Appropriations Committee Chair Rep. Thomas Albert, R-Lowell, expressed in a statement he was “disappointed the governor once again has resorted to unilateral action in an attempt to circumvent Michigan law – in this case, a citizen-initiated repeal of a state law.”

Albert continued: “Every time the governor pulls a partisan stunt like this, she makes it harder to find bipartisan consensus on state budget issues. If the governor is truly interested in finding agreement on how to invest the billions of dollars available to the state, I suggest she end the theatrics. Her partisanship does nothing but create roadblocks to consensus.”