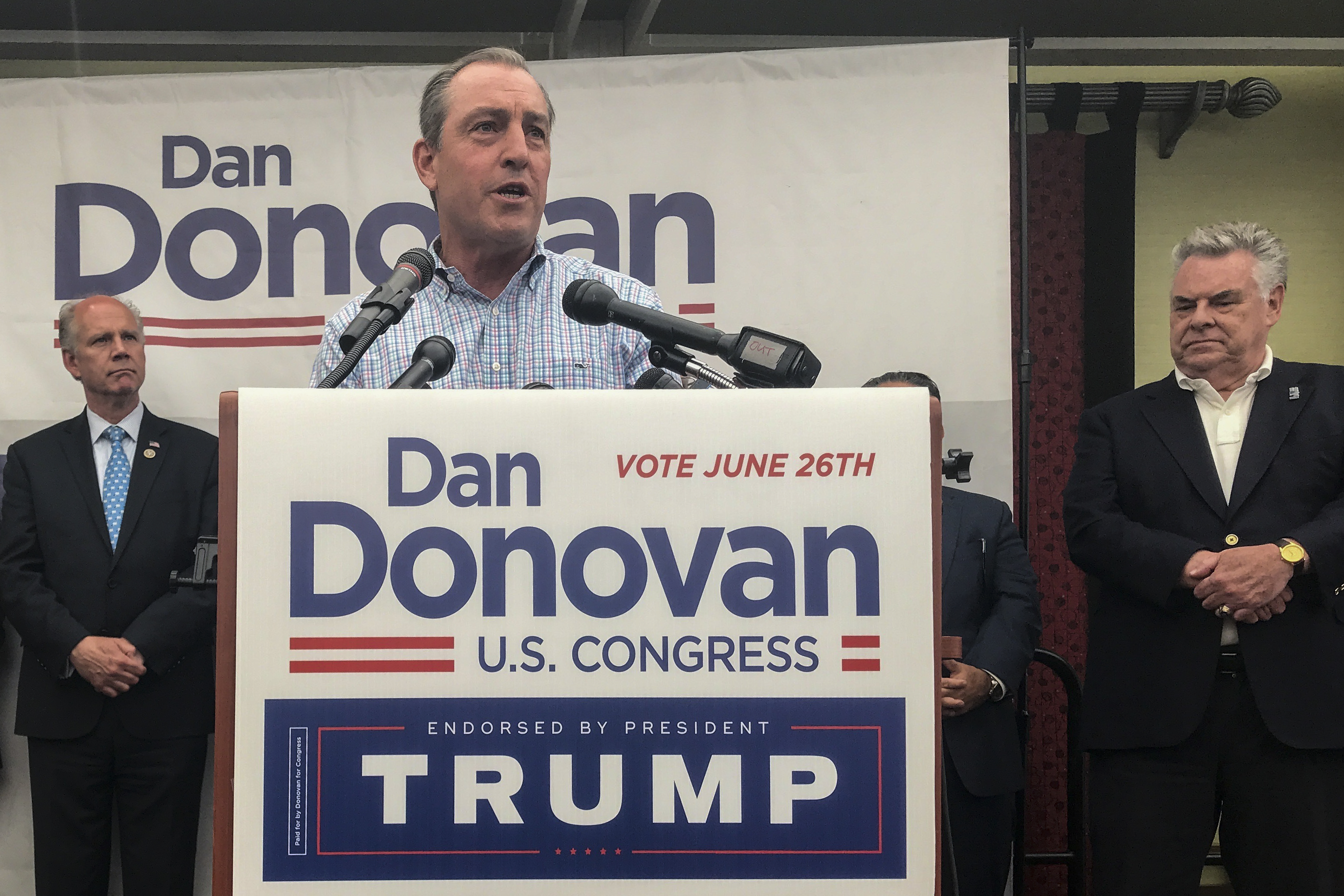 Former Staten Island Rep. Vito Fossella has largely avoided the spotlight since the unceremonious end of his Congressional career over a decade ago — and he’s not getting out much these days as he wages a political comeback.

The Republican borough president hopeful, locked in a four-way GOP primary battle, has no campaign website or social media accounts, has rarely conducted public events, and has yet to report any spending to the city Campaign Finance Board.

And he’s certainly not talking about how he’s spent recent years — including stints with a bill-collecting firm and as a registered foriegn agent representing the governments of Taiwan, Somalia and Morocco, as well as a group of Polish weapons manufacturers.

Peter Giunta, a member of the Staten Island Republican Party’s executive committee, noted that both Fossella and Councilmember Steve Matteo, another borough president candidate, have long-standing friends in the GOP.

“But at the end of the day they’re going to vote for Steve because it all goes back to: Where’s Vito been for the past 10 years?” Giunta said.

Fossella, a former City Council member, skipped running for a seventh term in the U.S. House of Representatives after a 2008 DUI arrest in Virginia led to the revelation that he had a second family in the Beltway.

Still, New York City’s new ranked-choice voting system could benefit Fossella, who served as a Staten Island elected official for 14 years, according to Richard Flanagan, a professor of political science at CUNY’s College of Staten Island.

Park Strategies advised a transitional government in Somalia to help officials secure support from the United States and the United Nations to address famine, terrorism and other crises.

He left Park Strategies towards the end of 2016 to briefly host “a political reality show” called “Table Talk” on the Trump-friendly network Newsmax.

Fossella eventually went on to work for his current employer as a vice president of client services at R.T.R. Financial Services, Inc, a Staten Island-based debt collection agency that pursues overdue parking bills and other payments on behalf of New York City government and private hospitals.

Three years later, the Staten Island Republican Party’s executive committee selected Fossella to run for the borough’s congressional seat in a special election that he won with 61% of the vote.

Fossella grew to become the informal head of the Staten Island GOP. But in May 2008, he announced that he wouldn’t seek reelection for Congress shortly after a DUI bust led to him admitting to having a 3-year-old daughter with a former U.S. Air Force officer, Laura Fey.

Since then, he’s reconciled with his wife, Mary Patricia Rowan, and lives with his family in Staten Island.

He considered seeking Staten Island’s congressional seat in 2013 when the borough’s then-representative, Michael Grimm, was running while under federal indictment. Since then, Fossella has rarely shown up at political events.

He supported and advised the owner of a Staten Island pub who made national headlines for flouting the state’s indoor dining guidelines last year. Fossella also rallied with then-Staten Island Rep. Dan Donovan ahead of a heated primary race in 2018.

The Staten Island Republican Party has typically coalesced around a single candidate for the borough presidency, a seat the GOP has held for 30 years. But this year’s primary contest was crowded with three candidates when Fossella jumped in the race in March.

There’s also a chance that the Republican nominee won’t run on the Conservative line, which reliably delivers thousands of votes for candidates.

Remauro won that line before Fossella entered the race and has told THE CITY that she doesn’t intend to give it up even if she doesn’t win the Republican primary election.

Meanwhile, Fossella has raised the least campaign cash of his three primary competitors, bringing in $8,545 since mid-May.

Fossella hasn’t had to run a competitive campaign since 1997. Now, the ex-congressman is in a race where many Staten Island politicians and the party have endorsed Matteo. He’s also facing two candidates who have spent over $200,000 and have qualified for public matching funds from the city Campaign Finance Board.

“He was really on autopilot all those years in Congress. Compared to all the blood and tears you see now, those were some fairly easy races,” said Flanagan. “He’s kind of a guy on cruise control. The money thing is a problem, though, because you need money to get out your vote.”

This article was originally posted on Where’s Vito? Staten Island’s Fossella is Largely MIA for his Comeback Campaign