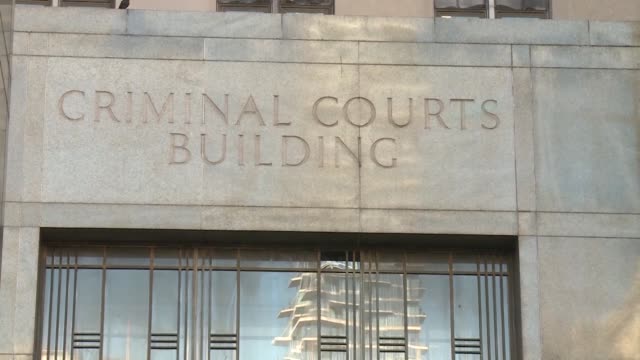 By RACHEL HOLLIDAY SMITH on February 2, 2021

Not only do we get to choose a new mayor, a majority of the City Council, four new borough presidents and a new comptroller this year, but some New Yorkers may get a new district attorney, too.

The district attorneys for Manhattan and Brooklyn are up for reelection in 2021. Eric Gonzalez, the Brooklyn district attorney, will run again for his seat. So far, no challengers have declared in the race, state campaign records show.

The race for Manhattan DA, on the other hand, is a crowded contest. That’s partly because the incumbent, Cyrus Vance Jr. — who has faced criticism for failing to prosecute bigwigs like Harvey Weinstein and members of the Trump family — hasn’t said whether he’ll run again, has not launched a campaign and is barely fundraising.

That’s left an opening for eight contenders, so far, to throw their hat in the ring for the top prosecutor job in Manhattan, which has a four-year term. Unlike other municipal offices, city prosecutors have no term limits.

Expect big ideas, talk of criminal justice reform and harsh critiques of Vance to mark the contest. The race has already become the latest in a line of recent DA elections in which left-leaning candidates have said they wanted to reimagine the role, such as with the election of Larry Krasner in Philadelphia, George Gascon in Los Angeles and the near-win of Tiffany Cabán in Queens in 2019.

New Yorkers will go to the polls on primary day, June 22. The DA election will NOT use the much talked about ranked choice voting. Here’s what you need to know before filling out your ballot. We’ll update this story as the big day nears:

What’s a district attorney anyway? And what do they do?

Cases in the Manhattan DA’s office are generally handled by a staff of hundreds of assistant district attorneys who conduct investigations and prosecutions in more than two dozen specialized units. The DA has wide latitude on what and how to prosecute, whether to seek bail and in what manner plea bargains are made. The DA can also seize property as part of prosecution. In Manhattan, that’s led to Vance controlling a sizable forfeiture fund.

The first Manhattan District Attorney was elected in 1847 after the state constitution changed to allow New Yorkers to directly vote on the position, according to Vance’s website. Across the country, district attorneys are not always elected — three states and D.C. have DAs who are appointed.

Who is running for Manhattan District Attorney?

These are the candidates, all Democrats, currently running for New York County District Attorney, according to state campaign finance records:

Aboushi, a Brooklyn native, is a human rights attorney whose campaign is focused on reform of the criminal justice system, informed in part by her experience growing up while her father was incarcerated.

Bragg, a Harlem native, served most recently as chief deputy attorney general for New York State. He also led a special state unit that investigated police-involved killings and served as a federal prosecutor.

Crotty worked previously as an assistant district attorney in Manhattan, where she was born and raised, and as a civil litigator before starting her own criminal law firm.

Farhadian Weinstein, who came to New York from Iran as a child, is a professor of law and most recently served as general counsel for the Brooklyn District Attorney’s Office. Previously, she worked as a federal prosecutor.

Florence, a Manhattan native, headed up the Construction Fraud Task Force at the Manhattan DA’s Office, her most recent role in 25 years as a prosecutor there. She left to start her campaign after charging the office was a “hostile work environment” — following accusations she withheld evidence.

Lang, a Manhattan native, most recently served as director of the Institute for Innovation in Prosecution at CUNY’s John Jay College. Before that, she was a prosecutor at the Manhattan District Attorney’s Office.

Orlins has been a public defender for more than 10 years, working as criminal defense attorney for the Legal Aid Society. She also competed on the reality television show “Survivor” in 2004 while a law student.

Quart, a native of Washington Heights, serves as the state Assembly member representing Manhattan’s East Side. He worked previously as a court-appointed attorney and pro-bono criminal defense attorney while in private practice.

What about district attorney races in the other boroughs?

Brooklyn is the only other borough in 2021 with an election for district attorney. Gonzalez is expected to run for a second four-year term. No challengers had emerged as of late January, according to state campaign records. And even if a candidate goes up against Gonzalez, it’s will be tough to unseat the incumbent.

In the other three boroughs — The Bronx, Queens and Staten Island — the current district attorneys are not up for reelection this year.