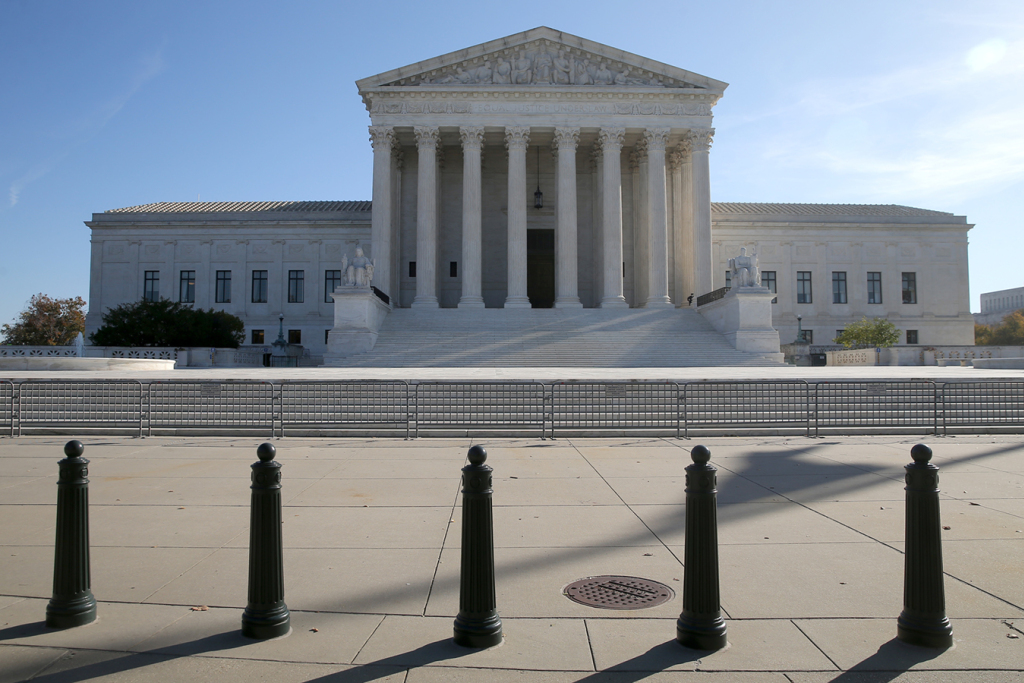 What to Know as ACA Heads to Supreme Court — Again

The Supreme Court on Tuesday will hear oral arguments in a case that, for the third time in eight years, could result in the justices striking down the Affordable Care Act.

The case, California v. Texas, is the result of a change to the health law made by Congress in 2017. As part of a major tax bill, Congress reduced to zero the penalty for not having health insurance. But it was that penalty — a tax — that the high court ruled made the law constitutional in a 2012 decision, argues a group of Republican state attorneys general. Without the tax, they say in their suit, the rest of the law must fall, too.

After originally contending that the entire law should not be struck down when the suit was filed in 2018, the Trump administration changed course in 2019 and joined the GOP officials who brought the case.

Here are some key questions and answers about the case:

What Are the Possibilities for How the Court Could Rule?

There is a long list of ways this could play out.

The justices could declare the entire law unconstitutional — which is what a federal district judge in Texas ruled in December 2018. But legal experts say that’s not the most likely outcome of this case.

First, the court may avoid deciding the case on its merits entirely, by ruling that the plaintiffs do not have “standing” to sue. The central issue in the case is whether the requirement in the law to have insurance — which remains even though Congress eliminated the penalty or tax — is constitutional. But states are not subject to the so-called individual mandate, so some analysts suggest the Republican officials have no standing. In addition, questions have been raised about the individual plaintiffs in the case, two consultants from Texas who argue that they felt compelled to buy insurance even without a possible penalty.

The court could also rule that by eliminating the penalty but not the rest of the mandate (which Congress could not do in that 2017 tax bill for procedural reasons), lawmakers “didn’t mean to coerce anyone to do anything, and so there’s no constitutional problem,” University of Michigan law professor Nicholas Bagley said in a recent webinar for the NIHCM Foundation, the Commonwealth Fund and the University of Southern California’s Center for Health Journalism.

Or, said Bagley, the court could rule that, without the tax, the requirement to have health insurance is unconstitutional, but the rest of the law is not. In that case, the justices might strike the mandate only, which would have basically no impact.

It gets more complicated if the court decides that, as the plaintiffs argue, the individual mandate language without the penalty is unconstitutional and so closely tied to other parts of the law that some of them must fall as well.

Even there the court has choices. One option would be, as the Trump administration originally argued, to strike down the mandate and just the pieces of the law most closely related to it — which happen to be the insurance protections for people with preexisting conditions, an extremely popular provision of the law. The two parts are connected because the original purpose of the mandate was to make sure enough healthy people sign up for insurance to offset the added costs to insurers of sicker people.

Another option, of course, would be for the court to follow the lead of the Texas judge and strike down the entire law.

While that’s not the most likely outcome, said Bagley, if it happens it could be “a hot mess” for the nation’s entire health care system. As just one example, he said, “every hospital is getting paid pursuant to changes made by the ACA. How do you even go about making payments if the thing that you are looking to guide what those payments ought to be is itself invalid?”

What Impact Will New Justice Amy Coney Barrett Have?

Perhaps a lot. Before the death of Justice Ruth Bader Ginsburg, most court observers thought the case was highly unlikely to result in the entire law being struck down. That’s because Chief Justice John Roberts voted to uphold the law in 2012, and again when it was challenged in a less sweeping way in 2015.

But with Barrett replacing Ginsburg, even if Roberts joined the court’s remaining three liberals they could still be outvoted by the other five conservatives. Barrett was coy about her views on the Affordable Care Act during her confirmation hearings in October. But she has written that she thinks Roberts was wrong to uphold the law in 2012.

Could a New President and Congress Make the Case Go Away?

Many have suggested that, if Joe Biden assumes the presidency, his Justice Department could simply drop the case. But the administration did not bring the case; the GOP state officials did. And while normally the Justice Department’s job is to defend existing laws in court, in this case the ACA is being defended by a group of Democratic state attorneys general. A new administration could change that position, but that’s not the same as dropping the case.

Congress, on the other hand, could easily make the case moot. It could add back even a nominal financial penalty for not having insurance. It could eliminate the mandate altogether, although that would require 60 votes in the Senate under current rules. Congress could also pass a “severability” provision, saying that, if any portion of the law is struck down, the rest should remain.

“The problem is not technical,” said Bagley. “It’s political.”

What Is the Timeline for a Decision? Could the Court Delay Implementation of Its Ruling?

The court usually hears oral arguments in a case months before it issues a decision. Unless the decision is unanimous or turns out to be very simple, Bagley said, he would expect to see an opinion “sometime in the spring.”

As to whether the court could find some or all of the law unconstitutional but delay when its decision takes effect, Bagley said that happened from time to time as recently as the 1970s. “That practice has been more or less abandoned,” he said, but in the case of a law so large, “you could imagine the Supreme Court using its discretion to say the decision wouldn’t take effect immediately.”

If the court does invalidate the entire ACA, Congress could act to fix things, but it’s unclear if it will be able to, especially if Republicans still control the Senate. If the justices strike the law, Bagley said, “I honestly think the likeliest outcome is that Congress runs around like a chicken with its head cut off, doesn’t come to a deal, and we’re back to where we were before 2010,” when the ACA passed.