Please ensure Javascript is enabled for purposes of website accessibility They’ve failed us’: Inside the battle for control of the Mississippi Democratic Party - American Daily Record Press "Enter" to skip to content

Home » They’ve failed us’: Inside the battle for control of the Mississippi Democratic Party 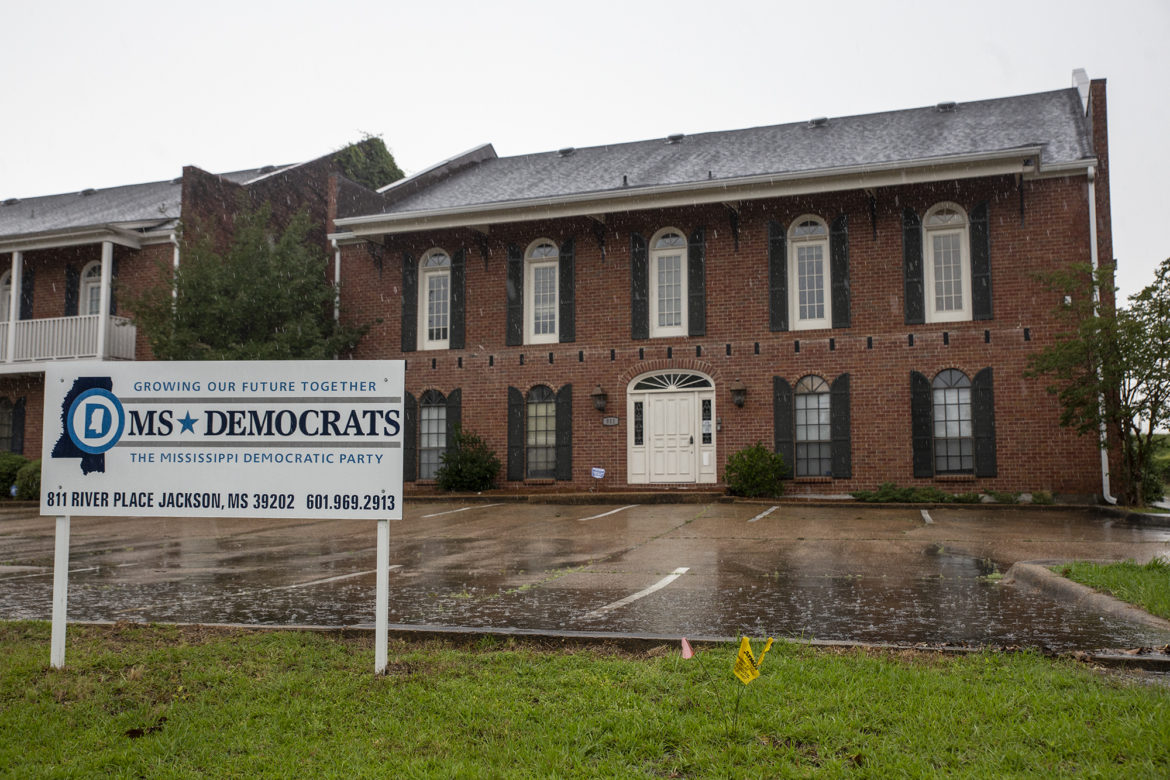 They’ve failed us’: Inside the battle for control of the Mississippi Democratic Party

A former judge says he has the votes to replace Mississippi Democratic Party Chairman Bobby Moak, but that Moak has been trying to sandbag the process to prevent his ouster.

Tyree Irving, former longtime Mississippi Court of Appeals judge, told Mississippi Today that 45 of the party’s newly elected 80-member executive committee have pledged support to him, and another eight have told others they’ll vote for him.

“I’ve just heard total disappointment and disillusion and unhappiness with the current chair,” Irving said. “… Well over a majority of people on the current committee have said they are going to vote for me, and since most don’t know me, the singular driving force is dissatisfaction with Mr. Moak.”

Many Democratic leaders and candidates have decried a lack of leadership in the party and support for candidates, particularly amid the party’s dismal showing in the 2019 statewide elections. Republicans swept all statewide offices last year, solidifying supermajority control of the state Legislature and increasing down-ticket wins on the local level.

Some party elders have also criticized Moak and other party leaders for failing to devote resources to electing Black candidates, even as white voters have left the party in droves and Black voters have become a substantial majority of the party’s base. The last six Democratic Party chairmen, including Moak, have been white.

Irving, who is Black, and others on the committee calling for change said Moak has delayed party leadership elections since the new committee was elected in May.

Irving supporters used a party constitutional clause that allows 25 percent of members to petition and call a special meeting. They called one for Saturday.

“We have an entirely new committee being ushered in, and there was no transition of power or leadership,” said Teresa Jones, a newly-elected committee member who helped organize the special meeting. “I lay all of that at Bobby Moak’s feet. As chair, it’s your job, and especially when we have a major candidate on the ballot in November. He’s holding this committee hostage.”

A few days after Saturday’s special petitioned meeting was announced, Moak called one for Thursday evening.

But Irving and others question whether Moak’s was properly called with a required 10-day notice by mail.

“If he did, he didn’t send it to anybody opposed to him,” Irving said.

Complicating matters, the meetings will be held online. As of Tuesday afternoon, several committee members told Mississippi Today they had not received login information for the Thursday evening meeting, and they were concerned that some members might lack the technological skills to log in and vote at the meeting.

Moak, party chairman since 2016, said his meeting was properly called and noticed and that misinformation is being spread. He chalked much of the internecine battle up to “drama and party politics.”

“Have you not been around Democratic politics?” said Moak, 62, a longtime former state lawmaker and former and House minority leader. “There’s more drama and party politics here than there was when I was leader of the Democratic caucus in the House.”

“Nobody has asked me for a ruling,” Franks said on Monday. “In the past, a chairman has been able to call a meeting as long as he gives the 10-day notice … And as long as they meet the criteria and get a proper percentage, they can call a special meeting as well.”

Franks said that when he was chairman, “I had an issue with people calling meetings while I was out of town. Ultimately, the chairman prevailed, as long as quorum requirements were met.”

Irving said his supporters plan to attend Moak’s virtual meeting on Thursday, but they have left their Saturday meeting on the books in case the Thursday meeting goes awry.

“I plan to attend that meeting (Moak called) and encourage everybody else to,” Irving said. “If we are treated right and the process is fair and there is a fair election, that will be the end of it.”

Moak declined to handicap his re-election as party chairman.

“We’ll know when the vote comes,” Moak said. “There are some that love me and some that hate me. I’ve been doing this stuff for 36 years. It’s nothing new.”

Speaking with Mississippi Today this week, Irving said: “My vision is turning this state blue.”

“I know most people would say, ‘What did this guy drink or eat that he things that can be done?’” Irving said. “I’ve always been forward looking and optimistic, believing against all odds that we can achieve our goals.

“We have got to have a really good messaging program going, and we’ve got to convince a lot of white Mississippians that they are constantly voting against their economic interests. That’s a tall order. The problem is the white leadership that you have. If they have tried, they have failed at it.

Irving continued: “They’ve been running away from the national party all the time — at least the white politicians in recent times have. We’ve got to change that culture if we are going to build this party and have any chance at statewide elections.”

Moak recently outlined his accomplishments in an email he fired back in response to complaints from a top Democratic officeholder. He referred to that letter this week as his statement to Mississippi Today.

Moak said the party has offered much organized help to candidates in the latest election cycles, has created an unprecedented social media outreach and had fundraising success.

“The financial condition of our party is now solid after correcting the same problems that in the past had this party in receivership,” Moak said. “The same folks that got us there now want to lead and that is a concern.

“… I personally raised more than $150,000 for the (state party and national party),” Moak said. “… For the first time, approximately $80,000 was sent back to county parties for local rebuilding.”

“(The party has) the opportunity to actually have a Finance Council once again, with real monied supporters that left long ago after becoming discouraged as to how the party had been run,” Moak said.

Moak said the party’s email list has increased from 3,500 to 69,868 and its telephone list was increased to include more than 1.2 million new cell phone numbers.

“I could go on, but you get the idea,” Moak said in his email. “The party has been brought from a financial disaster. It has gained respect from the DNC as well as local folks that thought they would never come this way again.”

But many party loyalists, including executive committee members, have openly questioned Moak’s leadership this year. Moak has fielded public criticism for how he’s chosen to spend the money he’s raised the past four years.

Many seasoned political operatives have criticized Moak’s focus on the email and telephone lists.

“They’ve failed us,” said Jones, talking about Moak and party leadership. “You had a Democratic stronghold in this state, and you failed us. You’ve got a whole generation of young people in this state trying to figure out how to make progress. Now we’re having to deal with their failures — their campaign failures, their financial failures, not addressing certain issues.

“If you’re truly advancing the party, then do something to advance the party,” Jones continued. “But don’t get pissed when you get called out and voted out of office.”

The article was published at They’ve failed us’: Inside the battle for control of the Mississippi Democratic Party