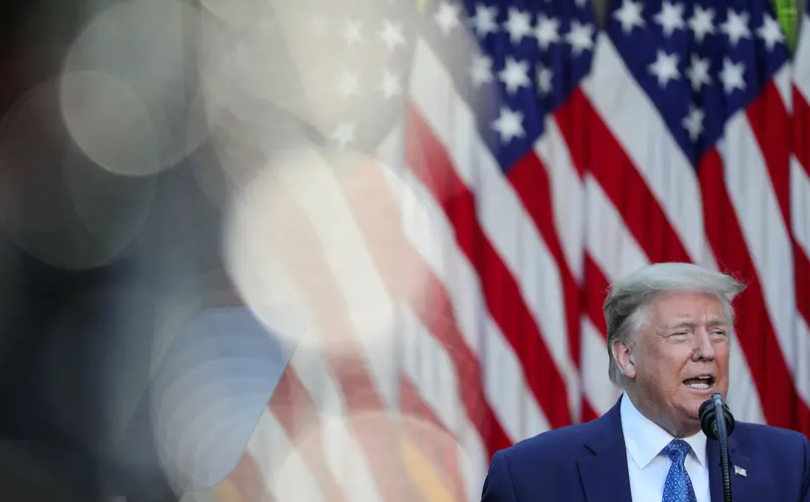 “These patriots did nothing wrong,” Trump says of supporters who surrounded Biden bus

““These patriots did nothing wrong,” Trump says of supporters who surrounded Biden bus” was first published by The Texas Tribune, a nonprofit, nonpartisan media organization that informs Texans — and engages with them — about public policy, politics, government and statewide issues.

On Sunday evening, President Donald Trump once again cheered on a group of supporters in Texas who surrounded and followed a Biden campaign bus driving up I-35 in Hays County. The Federal Bureau of Investigation said it was looking into the incident, which happened on Friday and was captured on video from multiple angles.

The “Trump Train” — a caravan of trucks waving Trump and American flags — appeared to try to slow down the Biden campaign bus, as supporters honked their horns and shouted. The confrontation resulted in at least one minor collision and led to Texas Democrats canceling three scheduled campaign events that day, citing “safety concerns.”

“In my opinion, these patriots did nothing wrong. Instead, the FBI & Justice should be investigating the terrorists, anarchists, and agitators of ANTIFA, who run around burning down our Democrat run cities and hurting our people!” Trump said in a tweet. He had previously posted one of the videos showing the caravan along with the comment, “I LOVE TEXAS!”

Short for “anti-fascists,” antifa is an umbrella term for militant groups that resist white supremacists at demonstrations and other events. Trump has portrayed antifa as an organized group threatening national security, often wrongly conflating the term with Black Lives Matter demonstrators who showed up to protest after the police killings of George Floyd and Breonna Taylor.

The FBI has described antifa as an “ideology,” not an organization. The agency also named white supremacists one of the deadliest domestic threats in recent years.

Earlier in the day, Trump also claimed his supporters were “protecting” the bus and “being nice” when they slowed it down on the highway, according to media reports from a rally he held in Michigan. By contrast, Naomi Narvaiz, a Texas Republican Party official in San Marcos, told The Texas Tribune that supporters formed the convoy to show they backed Trump. “We don’t want any of the values or policies that the Democratic Party is embracing,” she said.

As the FBI continues its investigation, at least one state official has called for the state to step in. State Rep. Terry Canales, D-Edinburg, sent a letter to the Texas Department of Public Safety asking the agency to open an investigation into the “multi-county, criminal behavior on 1-35” and “use the full weight of its resources to hold these criminals accountable.”

DPS “will provide assistance as necessary” to the San Marcos Police Department as it investigates the matter, according to a statement to the Tribune Monday.

This article was originally published on “These patriots did nothing wrong,” Trump says of supporters who surrounded Biden bus