Please ensure Javascript is enabled for purposes of website accessibility The opposite of poverty is not wealth. It’s justice - American Daily Record Press "Enter" to skip to content

Home » The opposite of poverty is not wealth. It’s justice 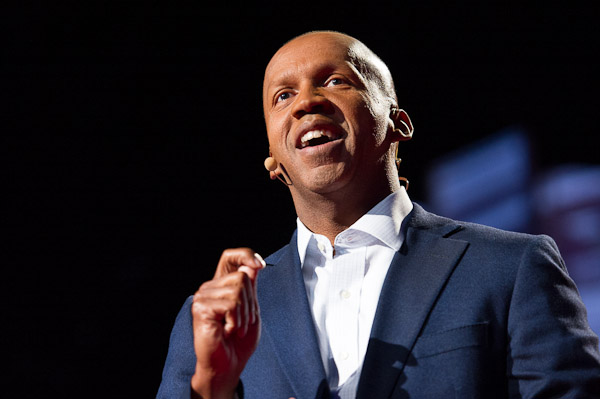 The opposite of poverty is not wealth. It’s justice

Here’s a sentence that’s been stuck in my head like a pop song hook: “The opposite of poverty is justice.” That comes from Bryan Stevenson, the death row lawyer and advocate for criminal justice reform. You may already be familiar with Stevenson, but if not you should give him your attention. His best-selling book, most-viewed Ted Talk and several engrossing interviews (like this one) reveal him to be a vital moral authority. Not just an advocate or public intellectual, but someone who can proclaim sharp moral truths and actually get a hearing.

I’ve pointed conservative and liberal friends alike to Stevenson, and both stand convicted by his incisive critique of American injustice. That’s moral authority—the ability to make us grapple with difficult ethical questions and consider how our lives might need to change in response.

“The opposite of poverty is justice” is one of Stevenson’s most memorable lines. It’s a bit bewildering at first, but that’s part of its power. Like a good proverb, as it settles onto you, it clarifies the problem we face and the solution we need. It confronts a mistaken assumption—that the opposite of poverty is wealth—and points to a higher truth.

Part of what Stevenson is trying to do here is clarify the meaning of “poverty” and “justice.”

Poverty is not just the simple absence of wealth. Poverty is the social condition of being disfavored. Since poverty tends to be geographically concentrated, it has less to do with who you are than where you live. Impoverished communities lack access, and even the hope of access, to proper education, sound and safe homes, decent jobs, reasonable healthcare. Most neighborhoods in America today can assume such access. But people in impoverished communities do without—and that has enormous consequences for their opportunities in life.

Justice is not just a fair hearing in court. Justice is the ongoing effort to ensure that all citizens have good opportunities. It is a social commitment to equality—the very thing the Declaration of Independence suggests is the impetus of the American project. The radical claim that all of us are created equal and have the right to pursue a good and full life is our country’s north star. Justice is the most important measurement of how well we are doing as a country.

Justice is the opposite of poverty because widespread poverty can only happen in the absence of justice. When we permit large swaths of American cities and urban areas to languish—year after year, decade after decade—without access to quality education, safe and sound homes, decent jobs, and so on, we are failing to do justice. We are failing to uphold our nation’s highest ideal.

So what does this mean for us—not just nationally but locally? What does it mean for San Antonio?

For starters, it means owning up to our history. Justice requires us to ask: How did things get to be the way they are? An assortment of distressed neighborhoods and thriving neighborhoods do not happen by accident. These places are the creation of policies, politics and people who helped shape this city. The economic and social stratification of San Antonio is a story of injustice.

As the sociologist Christine Drennon has shown, when San Antonio was booming in the first half of the last century, the city’s most prominent neighborhoods were built along racial lines. Deeds and community agreements restricted properties from being sold or leased to non-whites. Blacks and Hispanics were relegated to the east, south and west sides while Anglos moved north.

San Antonio’s most vulnerable communities were socially engineered—they were built poor through federal and local policies. The wide differences in the city’s schools, businesses and homes from one zip code to the next are the consequence of this history. Our city is hardly unique in this regard, but when we recognize the segregation of wealth here, we should remember that our forbears built it this way.

That doesn’t mean forever faulting our forbears; it means recognizing how our not-too-distant past created our present so that we can be clear-eyed about what justice requires for our future.

In San Antonio as elsewhere in the U.S., the opposite of poverty is justice. How we achieve that justice is the question facing everyone who lives here.

This article was originally published on The opposite of poverty is not wealth. It’s justice