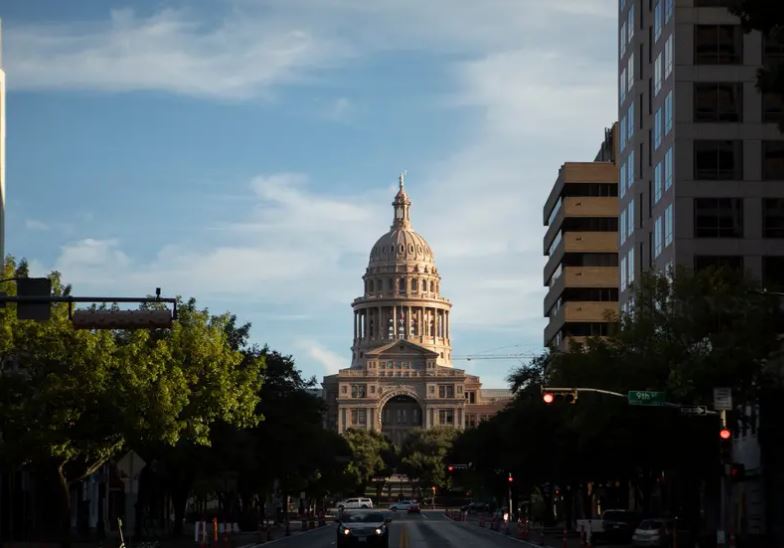 “Analysis: Texas voters elect to stay the course” was first published by The Texas Tribune, a nonprofit, nonpartisan media organization that informs Texans — and engages with them — about public policy, politics, government and statewide issues.

In the 2020 general election, Texans voted to stay the course. The returns are still unofficial, but the overall effect is clear: The state’s congressional delegation will have the same mix of Republicans and Democrats next year as it has today. The Texas Senate will have one more Democrat than it has now, but Republicans still have the majority. The Texas House, if the numbers hold, will still have 83 Republicans and 67 Democrats, along with a new Republican speaker. All of the statewide executive and judicial branch offices remain in Republican hands, as they have for more than 20 years.

The Republican wins blew up a favorite Texas Democratic slogan: “Texas is not a Republican state, it’s a low-voting state.” That might be pretty good spin, but it turned out to be wrong. Texas voted, heavily. And it’s still a Republican state. Turnout hasn’t been this high, on a percentage basis, since 1992, when two Texans — George H.W. Bush and Ross Perot — topped the ballot in the presidential race.

2020 was not 2018. The Ted Cruz-Beto O’Rourke spectacular, with two enormous political personalities, millions of dollars in spending and bottomless news coverage, drove turnout to a high point for a non-presidential election and ended with a 2.6-percentage-point victory for Cruz.

That’s a narrow win, especially in Republican Texas, and it did a lot to fuel what turned out to be Democratic over-exuberance about winning a majority in the Texas House and flipping a handful of Republican seats in the congressional delegation.

Turnout this year was big: More Texans voted than ever before, and the percentage of registered voters who turned out was the highest in almost 30 years. But there wasn’t a race on the ballot that had both party’s voters revved up the same way as that Senate race two years ago.

Lots of Texans didn’t make it all the way from the presidential race to the last of the statewide races — for a Texas Court of Criminal Appeals seat. In the top race, 11.2 million Texans voted; 425,361 of them didn’t make it down to that last court race, a drop of 3.8%. That dissipation started right away: 171,523 Texans who voted in the race for president didn’t vote in the next race, for U.S. Senate.

The biggest prize of the day wasn’t even on the ballot. Based on their wins this week, the Republicans will start 2021 with control of the House, the Senate, the governor’s office and all of the seats on the relatively obscure Legislative Redistricting Board. They’ll control every phase of the process of drawing new political maps for the state’s congressional delegation, the state Senate and House, and the State Board of Education.

If the House, Senate and governor can’t agree, legislative maps will go to the LRB, made up of five Republican officials including the lieutenant governor, the speaker of the House, the attorney general, the comptroller and the land commissioner.

The maps almost always end up in court, but federal judges have a history of working from the Legislature’s work whenever they can, and Democrats won’t have a strong hand in drawing those maps.

Timing is everything. Those maps, or variations of them, will be in effect for the next 10 years — the next five election cycles. The party that controls the maps gets to build its partisan advantage into the state’s political geography, improving its chances of holding on to power until another set of maps is drawn. Republicans drew the current maps; look who’s been in charge for 10 years. The maps aren’t the only reason for that, but they’re a significant one. In the wildest dreams of the contestants, only about 20% of the seats in the Texas House were considered competitive in this year’s general election; in the Senate, just one.

Another group that could have a hard time in 2021 is the bipartisan class of rookies in the congressional delegation and the state Legislature. Incumbents have an edge over the newbies when it’s time to draw maps. Redistricting is often characterized as the time when elected officials choose their voters, and there is a lot of truth in that.

And in this: The big dogs, incumbent and powerful, choose first. That doesn’t mean everybody in the freshman class is going to be a loser in the new maps, just that they’re in the weakest position.

That group includes — and this is based on unofficial vote counts — seven members of the congressional delegation, two new Democrats and one new Republican (to be chosen in a special election next month) in the Texas Senate, and 16 members of the Texas House.