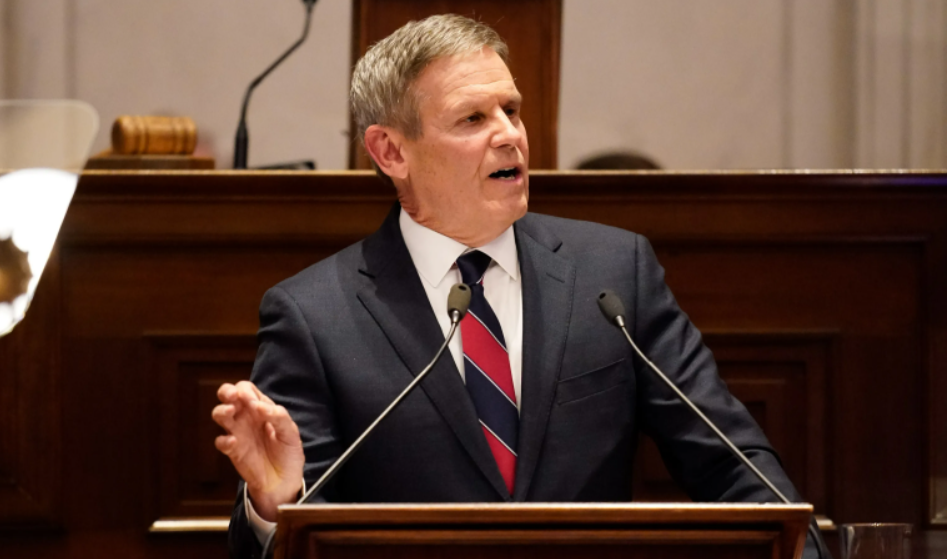 Gov. Bill Lee has signed into law his plan for changing how Tennessee funds public education and promised that every parent soon will know exactly how much the state spends on their child’s K-12 education.

The signing of the funding bill took place Monday in the auditorium of Franklin High School, where Lee graduated in 1977 from the Williamson County school district south of Nashville.

“I wanted to do it in my public high school,” the governor said, hailing the formula as an historic change that “will take us to a new frontier.”

Known as Tennessee Investment in Student Achievement, or TISA, the law sets a base funding rate of $6,860 per pupil, then distributes additional funding for students who are from economically disadvantaged families, have unique learning needs, or live in rural or impoverished communities.

TISA was the signature piece of the Republican governor’s legislative agenda and the GOP-controlled legislature approved it on April 28, the last day of this year’s legislative session. With the new law, Tennessee joins 38 other states and the District of Columbia in having some type of student-based funding model.

Beginning with the 2023-24 school year, TISA will replace the state’s 30-year-old Basic Education Program funding formula, a complex, resource-based system that distributes money to school systems based on student enrollment and assumptions about resources needed for staffing, textbooks, technology, transportation, and dozens of other education costs.

The transition will require calculations to determine exactly how much money state and local governments distribute to districts and charter schools for each individual student’s education.

“From this day forward, when we put dollars into education, I think we’re going to see exactly where they go and where they’re spent,” Lee told reporters after signing the bill. “Families can actually see the amount of dollars that are going to be committed to their individual children in the public school that they choose to go to.”

Lee, who is running for a second term in office this fall, has pledged to put $1 billion more into the new formula when it takes effect next year.

But even an additional $1 billion in TISA won’t significantly alter Tennessee’s national ranking in the mid-40s in funding for public school education — a point seized on by Democrats who sought a billion-dollar investment in the state’s current funding formula this year.

“I can’t help but recognize that this has been a wasted opportunity,” Senate Minority Leader Jeff Yarbro said last week, citing the state’s historic revenue surplus and billions of dollars in federal COVID relief funding.

“We could have made literal game-changing investments — not just in public education but child care and health care and making housing more affordable,” said Yarbro, a Nashville Democrat. “And we failed to do it.”

The state’s 2022-23 budget includes $125 million more for teacher pay — equivalent to a 3% raise — and $500 million in one-time funding for career and technical education for students in middle and high school, plus money for early literacy programs, summer camps, and charter school facilities.

Lee called this year’s investment “historic,” even when adjusted for inflation.

“It’s important that we make that significant investment,” he told reporters. “And then, of course, we’ll look as we do every year going forward with what the next steps are.”

The latest bill aimed at school libraries sets up an appeals process in which the state’s textbook commission can overrule local school board decisions about challenged materials. The politically appointed body could then order statewide bans of certain books that it deems to be “inappropriate for the age or maturity levels” of students who can access them.

The legislation passed last week, a month after Lee signed into law his own plan requiring school libraries to screen their materials for “age appropriateness.” However, Lee’s plan leaves it up to each school system to define what is considered age appropriate in their community.

The Tennessee Association of School Librarians has urged Lee to veto the second bill after its sponsor, Republican Rep. Jerry Sexton of Bean Station, suggested on the floor of the House that he would “burn” some library materials.

“We think this undermines the governor’s own age-appropriate library bill by removing local control of school libraries from school board jurisdiction,” said Lindsey Kimery, who serves on the library organization’s executive board.

But Lee said Monday that he supports the new bill as “another step of oversight.”

“The General Assembly felt that was appropriate,” Lee said. “It was made in conjunction with my belief that parents should have the ability to know what their kids have access to in libraries and classrooms.”