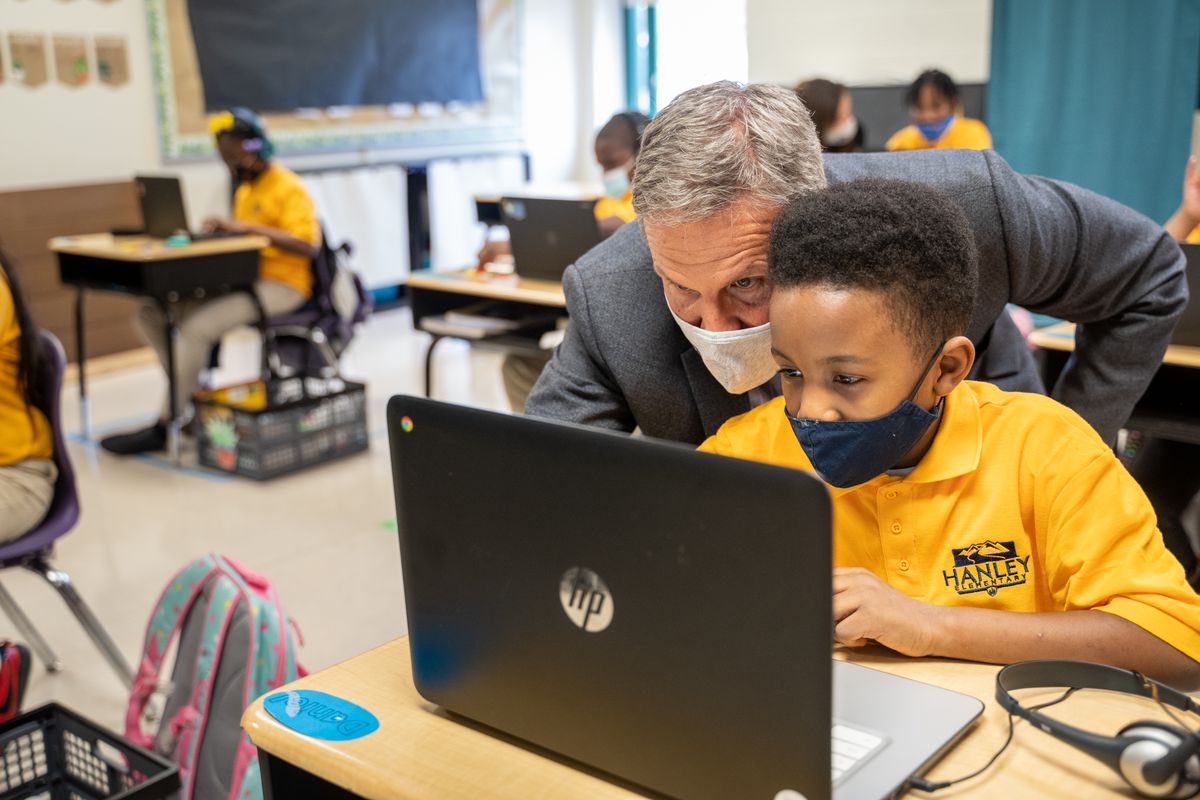 Gov. Bill Lee has signed into law a sweeping bill to curb COVID-19 restrictions in Tennessee, including prohibiting public schools from mandating masks except when infections reach catastrophic levels.

The Nov. 12 mask rollback takes effect immediately, even as a handful of large districts with mask mandates are still figuring out how to navigate conflicting state and federal laws on the issue. Legal challenges are expected.

Three federal judges in Memphis, Nashville, and Knoxville have ruled in favor of the mandates to protect students with disabilities who are more susceptible to COVID without universal masking.

School leaders have huddled with lawyers to review their legal options and obligations since GOP lawmakers approved the state’s rollback in the early hours of Oct. 30 during a special legislative session they called on COVID protocols.

In an emergency motion filed Nov. 11 in Memphis, Shelby County government asked U.S. District Court Judge Sheryl Lipman if students there must still wear face coverings. Lipman — who in September bloc​​ked the governor’s executive order allowing parents to opt out of local mask requirements — responded on Nov. 12 that Shelby County continues to have the authority to require masks, even under the new state law. The case is based on a class-action lawsuit filed by some parents who contend the governor’s order violates the Americans with Disabilities Act.

Officials with Metropolitan Nashville Public Schools said they expect their concerns about conflicting laws “will be resolved in the courts as well.”

“Our preference would be that MNPS could continue to keep students safe and make decisions based on facts and not politics,” spokesman Sean Braisted said on Nov. 11, adding that the district “always seeks to follow the law.”

Most other Tennessee districts with mandates dropped them in the weeks after the bill’s passage. But mask mandates also remain in place in districts in Knox and Williamson counties under rulings by two other federal judges.

In Williamson County, south of Nashville, Superintendent Jason Golden announced Nov. 11 that he will recommend that school board members vote Nov. 15 to rescind the mandate they approved in late August when the district’s COVID cases peaked. He noted changes under the anticipated new law but also cited a downward trend in new COVID cases. The district had 52 students reporting a positive test this week, compared to 544 on Aug. 27.

The latest round of mask confusion comes as the spread of the virus continues to slow across Tennessee. As of midweek, Tennessee was averaging about 1,100 new infections per day, about half of the count a month ago.

But with new virus surges in Europe, concerns about another U.S. wave heading into wintertime, and higher death rates among unvaccinated people, health officials worry that Tennessee is dialing back mitigation strategies prematurely.

Tennessee’s vaccination rate — with less than half of Tennesseans fully vaccinated — remains among the lowest in the nation. And universal masking in K-12 schools is still recommended by the Centers for Disease Control and Prevention, regardless of vaccination status.

Last week’s approval of a COVID vaccine for children ages 5-11 is viewed as a game-changer, allowing families with younger school-age kids to seek a layer of protection beyond masking and social distancing. About 12,500 Tennessee children — or 2% of children in that age group — had gotten their first dose as of Nov. 11, according to the state health department’s dashboard.

Also this week, the head of the Shelby County Health Department urged parents to get their kids vaccinated. “That’s going to give that extra layer of protection that frankly many families have been waiting for almost an entire year,” Dr. Michelle Taylor told reporters in Memphis.

The new law allows Tennessee school boards to enact mask mandates for two weeks at a time, on a school-by-school basis, if specific conditions are met: The governor must declare a COVID-specific state of emergency, a principal must request universal masking, and there must be “severe conditions.” If the mandate is approved, families also could seek exemptions from face coverings for medical or religious reasons.

The measure defines “severe conditions” as a county average of at least 1,000 new infections for every 100,000 residents. The CDC defines “substantial” community spread as 50-99 new cases per 100,000 residents and “high” as more than 99. By the CDC’s measurements, community transmission in most of Tennessee remains substantial or high.

In an effort to address the federal Americans with Disabilities Act, the state law requires schools to offer education settings with masking and social distancing for students approved for a “reasonable accommodation.”

“We’re going to make sure we honor that,” Williamson County’s Golden told school board members at a Nov. 11 workshop.

But more lawsuits are likely for the same reasons that Lee’s executive order has been taken to court, said Nicole Tuchinda, a University of Memphis law professor who specializes in health law.

“I think this governor knows that masks are helpful in preventing the spread of COVID,” Tuchinda said. “He also knows that this new law is going to face a lot of legal problems because of the American with Disabilities Act and the general notion that public schools are not supposed to exclude children with disabilities, whose health conditions make them more susceptible to COVID.”

Tuchinda said the government has a responsibility to serve the public good, especially its most vulnerable citizens. She cited Jacobson vs. Massachusetts, the U.S. Supreme court case that in 1905 upheld that state’s mandatory smallpox vaccination law over the challenge of a pastor who alleged that it violated his religious liberty rights.

“The court’s decision articulated the view that individual liberty is not absolute and is subject to the police power of the state to protect the health and safety of the public,” she said. “I think Gov. Lee is doing what he thinks is right for some kids, but he’s not doing what’s right for all kids, in my opinion.”

She added that having a new vaccine for school-age children is not enough to change the government’s obligation to give greater protection to students with disabilities.

“It’s not clear how many parents will vaccinate their children, so wearing a mask at school is still important at this point,” Tuchinda said.