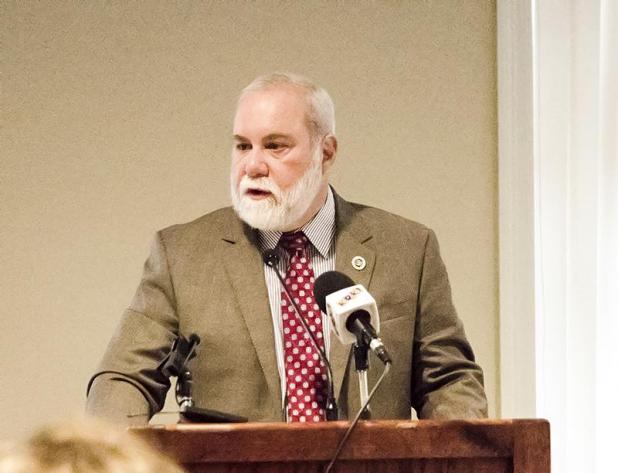 The bills collectively call for changing the state constitution to eliminate major tax breaks while lowing the income tax rates, resulting in what supporters hope is a simplified system more conducive to economic growth.

“This is the culmination of a lot of work,” said Sen. Bret Allain, the Republican who chairs the Senate Revenue and Fiscal Affairs Committee.

The federal income tax break generally is considered bad policy by most lawmakers and policy groups regardless of their other political stances because it ties state tax policy to the federal government’s. When federal officials lower taxes, the state gets a windfall, but when federal taxes go up, state finances take a hit.

Getting rid of the tax break while lowering rates allows lawmakers to simplify the tax code without raising taxes. Legislators also have proposed getting rid of excess itemized deductions other than health care expenses.

Allain said the tax swap is as “revenue neutral” as possible, a statement Greg Albrecht, the Louisiana Legislature’s chief economist, said his calculations support. It’s impossible to say for sure exactly how much the state will collect in taxes in a future year or how certain tweaks would change that number.

HB 278 also includes a trigger mechanism so that the income tax rates would be reduced further if state revenue grows enough. The trigger was a point of contention Monday.

Jan Moller with the Louisiana Budget Project argued such triggers are bad policy because in a good revenue year, tax cuts immediately go to the front of the line of priorities, rather than teacher pay, early childhood education or anything else a lawmaker might have promised voters to address, effectively “tying the hands of future legislators.”

She also urged Allain to commit to supporting an increase in the state’s earned income tax credit to benefit the working poor. Allain said he would consider it but stopped short of making a commitment.

Peterson was the only member to object to House Bill 278, which the committee advanced with an 8-1 vote. HB 274 passed without objection.

All three bills are part of a package that also includes House Bill 275, which takes the federal income tax break for corporations out of the state constitution.

Allain said the goal is to settle on a single unified package of bills that can be moved to Gov. John Bel Edwards’ desk by early next week. Edwards has not taken a position on specific bills but has endorsed the general goal of broadening the tax base and lowering rates.

“Simplifying our overly complex tax code will make us more competitive with our neighbors and increase job growth for Louisiana families,” Daniel Erspamer, CEO of the fiscally conservative Pelican Institute for Public Policy, said in a prepared statement. “Revenue triggers included in the package will serve to double down on that growth in coming years, automatically lowering rates and continuing to make our state more friendly to the people and businesses who choose to call Louisiana home.”