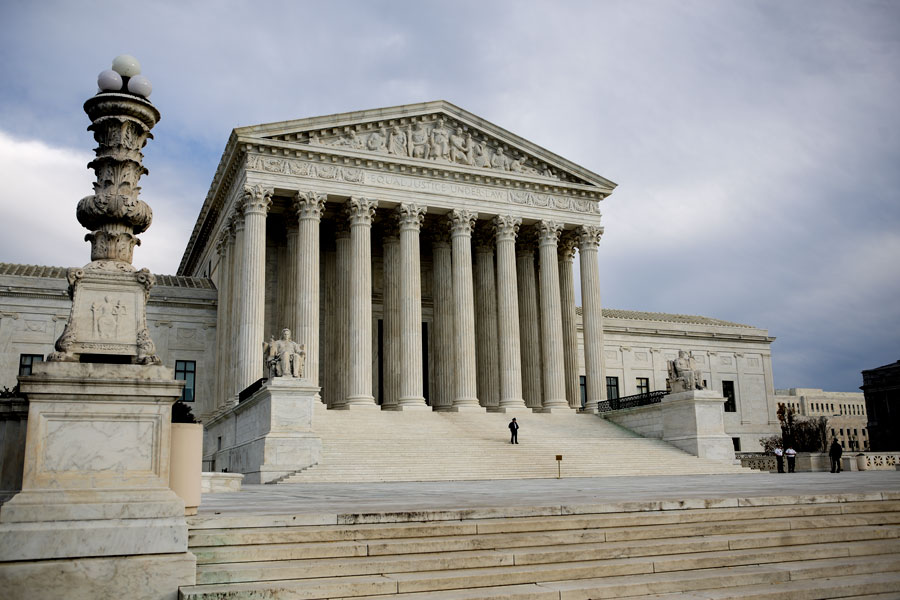 A group of 10 Republican voters brought the challenge, claiming these disparities show an intentional attempt to boost Democrats in the state legislature.

Attorneys representing the Arizona Independent Redistricting Commission argued that although Republican legislative districts were overpopulated, doing so was necessary to get U.S. Department of Justice approval. A lower court ruled in favor of the commission in 2013, saying that the desire for Justice Department approval was a legitimate reason for the population disparities.
The Arizona Independent Redistricting Commission redrew the maps in 2011, as part of political reapportionment that typically occurs every 10 years. The commission is comprised of two Democrats, two Republicans and one party-unaffiliated chairperson.

During the redistricting process, Chairwoman Colleen Mathis almost always sided with the two Democrats, paving the way for districts that mostly came with approval from the commission’s Democrats and dissent from its Republicans.

If the court bats down the challenge, Arizona’s maps, along with legislative maps from more than a dozen other states, would be insulated from being redrawn in a way that would likely further advance Republicans in state legislatures.

If the court sides with the plaintiffs, the commission could be ordered to redraw the maps, and similar challenges to legislative maps could arise across the country.

Thad Kousser, a political science professor at the University of California, San Diego, said it’s hard to know which direction the court will go, but that the implications will reverberate through state legislatures across the country.

“The court might say that seeking closely competitive districts is a good reason for disparities, but that trying to advance one party over the other is a bad reason,” Kousser said. “It could open the door to other revisions of things done in the preclearance era.”

Kousser said if the court rules against the commission, it would be wading deeper into a legal framework that has eroded the Voting Rights Act and minority protections, and that doing so would be consistent with the direction the court has gone in recent years.

Mark Hearne, the attorney representing the Republican plaintiffs, focused on the fact that the lower court found that partisan motivations by the commission’s Democratic members played some role in the drawing of the maps.

“The Arizona Redistricting Commission malapportioned (Arizona legislative districts) by almost 10 percent, 8.8 percent, and the district court below found it did so for two reasons. The first reason was to obtain a partisan advantage for the Democrat party. The second reason was a perceived belief that malapportioned districts were necessary to obtain Justice Department preclearance approval,” Hearne argued to the court. “Neither of these reasons justifies a deviation from the constitutional principle of one person, one vote.”

Justice Ruth Bader Ginsburg appeared at odds with Hearne, saying that Republicans still got a clear majority from the maps, even greater than the overall statewide partisan registration breakdown, so that if partisan motivation played a role in the map drawing, it did not produce what one would expect.

“It’s odd that you’re making this charge that there was an impermissible effort to increase the Democratic authority, power, in the legislature,” Ginsburg said, “but the end result was that the Arizona plan gave Republicans more than their proportionate share of seats in the state legislature… if there was an attempt to stack this in favor of Democrats, it certainly failed.”

Justice Elena Kagan similarly defended the maps, saying that the lower court found the primary motivation for the population disparities was compliance with the Voting Rights Act.

Paul Smith, the attorney representing the redistricting commission, acknowledged that the lower court found partisanship on the part of the two Democratic commissioners, and that it played a role in shaping at least one district in southern Arizona. But he argued that it was only “a tiny, tiny, tiny sliver” of partisanship, which resulted in Legislative District 8 becoming more competitive than earlier drafts of the map.

Otherwise, Smith argued, the population deviations were incorporated into the redistricting plan to get approval from the U.S. Department of Justice, which was required at the time the maps were drawn. The Supreme Court has since ruled the section of the Voting Rights Act that determined which states needed Justice Department approval for redistricting plans is unconstitutional, so Justice Department “preclearance” is no longer required.

Smith said representation of voters has been recognized as improved when some leeway in population is allowed. He added that if absolute population parity were incorporated in the maps, the districts would not be compact or respect county lines, that they would have “tentacles” – historically a sign of gerrymandering.

“What you should apply is the rule that –­­ that applied in all of these cases about minor population deviations: Is there a rational, legitimate policy that the state can articulate, which is the reason why they arrived at this difference?” Smith said. “And here we have the Voting Rights Act is the rational and legitimate state policy.”

Hearne, the attorney representing the plaintiffs, repeated during the arguments that the commission had “mixed motives” during the redistricting process, and that the violation of one person, one vote protections trumps the traditional 10 percent “safe harbor” for population deviations. Hearne also pointed out that Legislative District 8 was not submitted to the Justice Department as a minority protection district, and that the pattern of underpopulation and overpopulation shows the partisan motivation.

Arizona Attorney General Mark Brnovich, representing Secretary of State Michele Reagan, took the side of the plaintiffs in the case. He argued before the court that the population disparities are not random or incidental, and that even though Voting Rights Act compliance was a motivation for the commission, the disparities illegally pack Republicans into districts.

Justice Samuel Alito was receptive to Brnovich’s arguments, asking whether the court should rule that the commission went above and beyond what the Voting Rights Act required of the plan.

Brnovich responded by pointing out that earlier versions of the maps did not have such large disparities, and that they likely would have satisfied the Justice Department’s minority protection.

Justice Stephen Breyer expressed frustration over how the court would write a ruling in the case, if they side with the plaintiffs, because defining what partisan gerrymandering looks like is a thorny prospect.

“How do we write this? There are two areas that are difficult to write. One is, I know there is this 10 percent rule, but it doesn’t say we don’t look at it at all. We institutionally can’t review thousands of pages of record in every redistricting case. So what are the words there that describe the standard we should bring to this?” Breyer asked. “How can we say that partisanship can’t be used at all when you’re doing one ­person, one ­vote but the sky is the limit… how do we reconcile our institutional ability with the need to have some policing here?”

The Justice Department sided with the state’s redistricting commission, saying during the hearing that because the preclearance requirements were still in effect when the commission drew the maps, they should be upheld.

Michael McDonald, associate political science professor at the University of Florida and Governance Studies fellow at the Brookings Institution, said the most pertinent recent case to look to for guidance on the Republican challenge to Arizona’s map is Cox v. Larios, a Georgia redistricting case from 2004.

The Supreme Court in that case found that the Georgia legislature had systemically underpopulated inner city, Democratic-leaning districts in order to help Democrats elect more state lawmakers. The court found that to be the case, even though the population differences were less than the historically acceptable 10 percentage point deviation range, violating the same equal protection rule at play in the Arizona case

Joseph Kanefield, an attorney for the commission, also said it’s possible Justice Antonin Scalia could provide support for the current map, as he dissented in the Larios case, articulating a fear that drawing bright lines for what constitutes partisan gerrymandering could lead to a slew of redistricting challenges, themselves motivated by partisan desires.

A decision isn’t expected until mid-2016, which wouldn’t allow enough time to redraw the maps before the 2016 election.