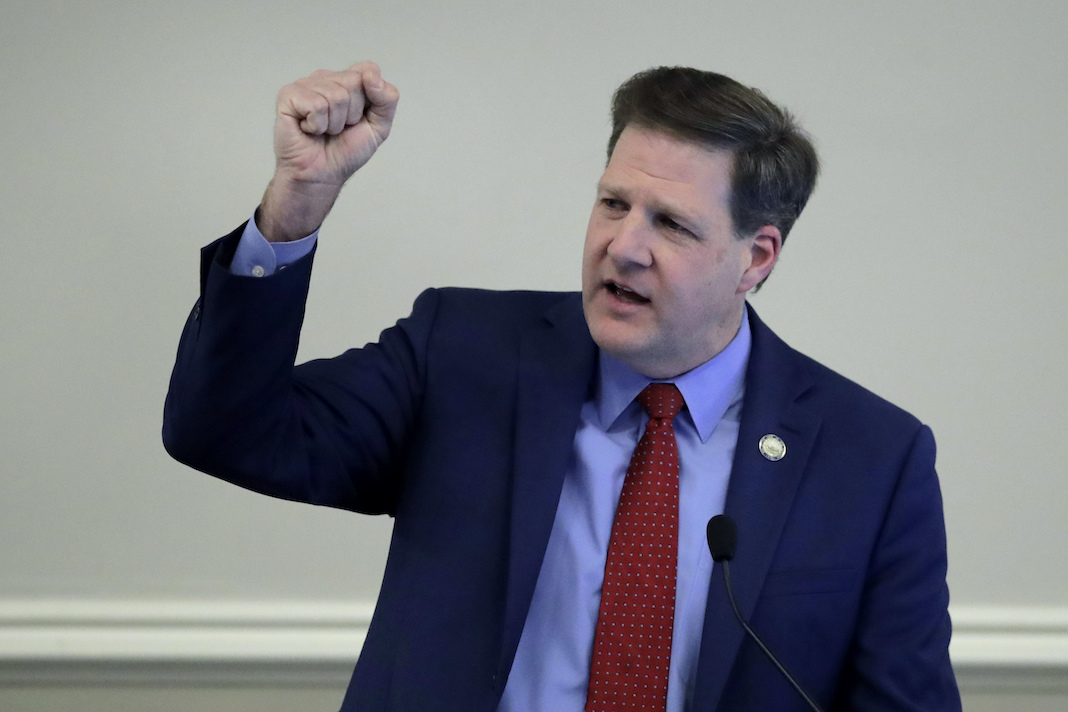 Republican Gov. Chris Sununu’s popularity is slipping among the state’s voters as he considers a run for U.S. Senate, according to a new poll.

The poll, released Thursday by the University of New Hampshire’s Survey Center, found that a majority of Granite State residents, or 57%, approve of Sununu’s job performance.

That’s a decline from the 62% who approved of his job performance during a similar poll in August, according to UNH pollsters.

What’s more, 37% of those who responded to the poll disapprove of Sununu’s job performance – the highest recorded during his tenure as governor, the pollsters said.

The governor’s slip in the polls comes as he weighs a potential challenge to incumbent Democratic Sen. Maggie Hassan in next year’s midterm elections.

National Republican groups have been urging Sununu to run for the seat as part of a strategy to reclaim the U.S. Senate in next year’s midterm elections.

The New Hampshire Senate race is expected to be one of the most competitive next year. Republicans and Democrats each hold 50 seats in the Senate with Democratic Vice President Harris serves as a tie-breaking vote.

Sununu hasn’t said whether he will run for the Senate seat or seek a fourth term as governor in 2022, but has hinted at a run for higher office.

Sununu, 46, handily won a third-term in the 2020 election with more than 65% of the vote, according to results.

The poll also found less than half of Granite Staters think the state is headed in the right direction. That’s a record-high level of pessimism about the state’s outlook, the pollsters said.

Respondents cited COVID-19 as the most pressing problem facing the Granite State, while others mentioned jobs, the economy, or housing, according to the survey.