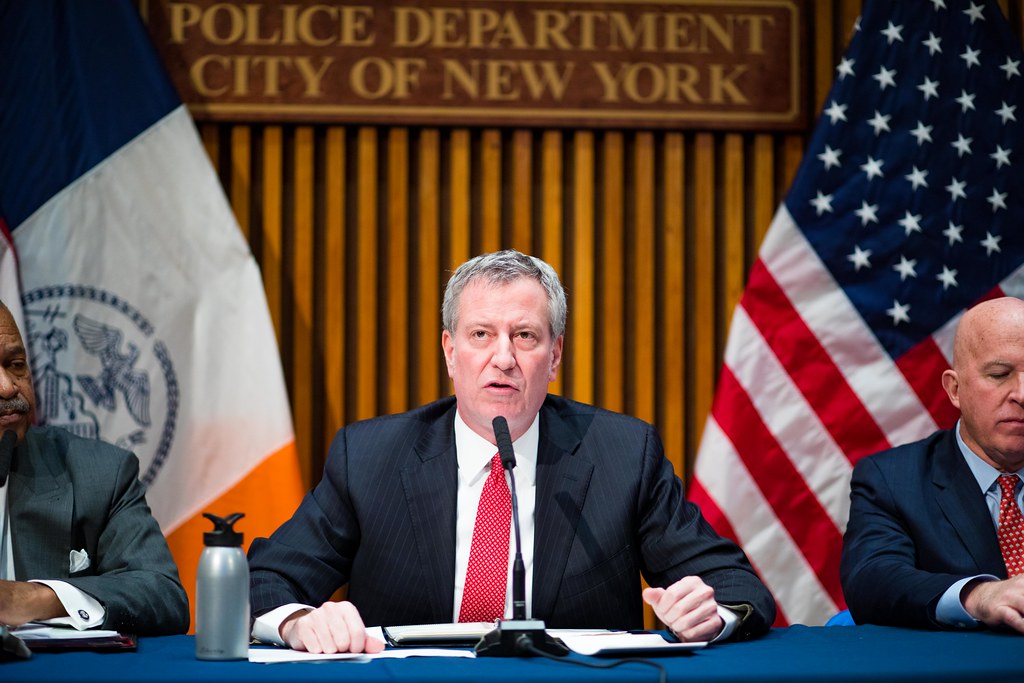 In 1990, writing in Esquire, Pete Hamill observed how the “steady grinding force of menace is a texture of daily life” in New York City. His assessment was shared by uncountable New Yorkers. That year, Gotham’s homicide rate peaked; this was a city ravaged by widespread crime and disorder. In a cover story, “The Rotting of the Big Apple,” Time reported that 60% of New Yorkers polled had worried about crime, while 59% of residents stated that they’d leave the city if they could.

“Every New Yorker knows one big thing: Nobody is safe,” wrote Hamill, a revered journalist who died last year. He continued: “In New York, crime pays. And the criminals know it.” The city’s deplorable condition, Hamill added, “enrages those who pay taxes – the price of living here.”

Three decades later, New York again confronts menacing forces. The city and state’s pre-pandemic criminal-justice initiatives, from bail reform to decriminalization, have reversed years of public-safety policies that restored order and turned the Big Apple into America’s safest big city. Today, that long era of public safety and prosperity – most evident in the early 2010s – seems like a distant memory amid rising crime, social unrest, mass homelessness, a declining quality of life, and the daunting challenge of recovery from COVID-19. In 2020, as anti-police sentiments intensified, more than 5,300 NYPD officers retired or filed papers to do so. Meanwhile, the city’s living conditions – heightened by the pandemic – have driven a population exodus.

The mayoral leadership of Bill de Blasio, in office since 2014, undoubtedly played a role in these disturbing trends. As Seth Barron notes in his powerful new book, “The Last Days of New York,” even before the pandemic, de Blasio’s “mismanagement left New York City vulnerable to the social, economic, and cultural shocks that have leveled its confidence and brought into question its capacity to absorb the creative energies of the world and reflect them back in the form of opportunity and wealth, as it has done for hundreds of years.”

In next Tuesday’s mayoral primary, Democratic voters – who essentially decide November’s victor – will select the candidate they believe can succeed de Blasio and best respond to the pervasive dysfunction. The outcome will determine if New Yorkers prefer a moderating voice, especially on matters of public safety, or if progressivism still prevails, as evidenced in other big cities.

A revealing new documentary by New York filmmaker Matthew Taylor sheds light on city residents’ concerns. “This Is New York” features insights from prominent leaders and analysts but also those everyday New Yorkers who contribute to the city’s civic and economic life. The result is an evocative snapshot of modern New York, brimming with perceptive interviews amid stark videos of city streets, filmed this past month. Taylor’s series maintains a tone of resilience – an inherent New York quality – but viewers will quickly learn of the town’s troubled state. In a recent interview, the filmmaker shared what inspired the documentary. Noting the start of the city’s decline “in the last couple of years,” he added that “there’s a new epidemic coming out of COVID, and it’s called crime.”

Divided into chapters, the documentary addresses public safety, which the Manhattan Institute’s Heather Mac Donald calls “the precondition for urban life.” As it stands now, though, a sense of vulnerability prevails among residents – including those who remember the city before the Giuliani and Bloomberg years. An EMT, for example, shares his firsthand observations of New York’s growing danger, including more shootings and stabbings, along with increasing assaults. “A lot of bystanders [are] just walking down the street and just getting assaulted by some random person they don’t even know,” he says. Meanwhile, another first responder discusses conditions on the Staten Island Ferry, which transports New Yorkers to and from Manhattan for free: “People approaching you, willing to accost you. They have nothing to lose. They know that they won’t get in trouble.” Her conclusion: “I’d rather pay the Uber.”

Indeed, rising crime – or even the perception of lawlessness – leads residents to change routines or avoid subways, where disorder is rampant. Overall, residents are again witnessing the problems of the early 1990s. Murders increased in 2019, and so far this year are up 17% compared to 2020. Meanwhile, shootings have increased 77% in 2021 over last year; the May shooting in Times Square was only the most high-profile example.

Recent polls reflect where New Yorkers stand on safety and quality-of-life issues. According to an NY1/Ipsos survey, released last week, Democratic voters now view crime and public safety as the next mayor’s top priority. The poll, moreover, indicated that 72% of voters believe the NYPD should deploy more officers on city streets. As one East Village resident told the New York Post, referring to violence in Washington Square Park: “The quality of life here has gone down the drain. I know that I would never dare to come here at night. … It’s not safe. We absolutely need more police patrols. More police presence.”

Early voting – through the city’s new ranked-choice system – is already underway in the mayoral election. As Michael Hendrix reports in City Journal, a new Manhattan Institute poll shows “Kathryn Garcia and Maya Wiley … challenging Eric Adams for the top spot, while Andrew Yang is fading from the front rank.” Adams, Brooklyn’s borough president, has been outspoken about the importance of law and order – a position shared by moderates and minority voters. Garcia, who was endorsed by the New York Times, “performs better among white voters as well as with liberals, Manhattanites, higher-income voters, and Jewish voters,” Hendrix writes. And Wiley, a progressive backed by Rep. Alexandria Ocasio-Cortez, is supported by “younger voters and the ‘very liberal.’”

In Taylor’s documentary, James Tang, the grandson of a legendary New York chef, cautioned that if “people don’t feel safe on the streets in New York, they’re not going to want to go out, go to restaurants, spend money.” In his view, one shared by many fellow residents, “keeping the city safe and clean is probably the most important thing.” Next week, they will learn whether the winning candidate shares that position – or if the “dailiness of menace,” as Hamill put it in 1990, has settled in for a long stay.

This article was originally posted on Safety, quality of life are top concerns in N.Y. mayoral race