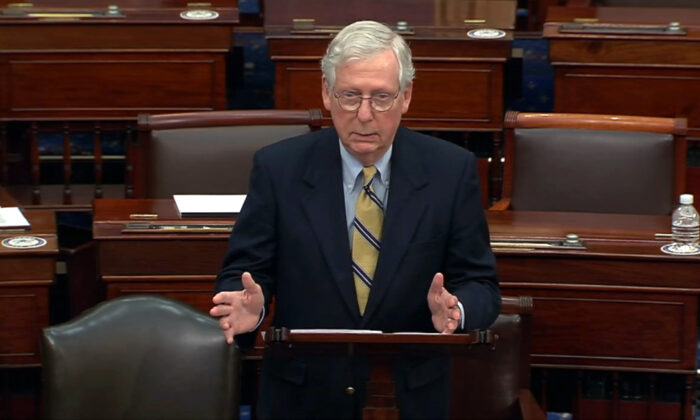 Republicans in the U.S. Senate managed to block consideration of a bill Friday that would establish a commission to investigate the Jan. 6 violence at the U.S. Capitol, drawing the ire of Democrats who describe the event as an insurrection by supporters of former President Donald Trump.

Led by Senate Minority Leader Mitch McConnell, Republicans invoked the filibuster to block consideration of the bill. Under current rules, a filibuster can be ended if 60 of 100 senators vote to do so, but the vote was 54-35, with the majority in favor of moving forward with consideration but by an insufficient margin.

The commission, which passed in the U.S. House of Representatives on May 19 on a vote of 252-175, would see Democrats and Republicans each filling five of the 10 seats if it comes to fruition.

The commission would have subpoena power and would be tasked with generating a final report by the end of 2021.

Many Republican lawmakers, including McConnell, laid blame for the events of Jan. 6 at the feet of Trump in the immediate aftermath. In recent weeks, however, party leaders have expressed a desire to move on, insisting that there was no benefit from rehashing what happened.

“They’d like to continue to litigate the former president, into the future,” McConnell said, according to The Associated Press.

The Republicans who voted in favor of moving forward with the commission bill were Sens. Bill Cassidy of Louisiana, Susan Collins of Maine, Lisa Murkowski of Alaska, Rob Portman of Ohio, Mitt Romney of Utah and Ben Sasse of Nebraska.

Senate Majority Leader Chuck Schumer criticized the filibuster effort, lamenting that there wouldn’t even be a debate on the bill.

“Out of fear or fealty to Donald Trump, the Republican minority just prevented the American people from getting the full truth about Jan. 6,” he said.

This article was originally posted on Republicans in U.S. Senate block consideration of Jan. 6 commission bill