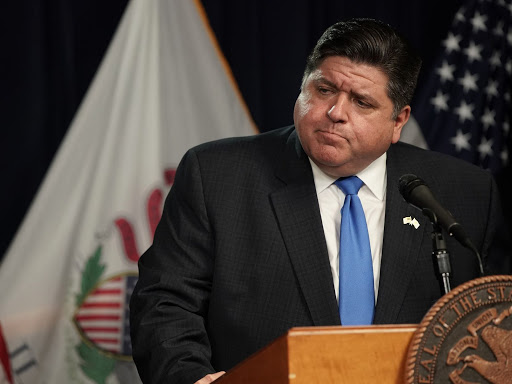 Weeks after some school districts decided to make masks optional to start the year, the CDC changed its guidance on mask use.

Now Illinois’ governor is mandating masks for schools and daycares, and threatening action for those that don’t comply. Some state lawmakers say a year and a half in, they should be involved, but aren’t.

Last month, Gov. J.B. Pritzker said masking requirements were up to schools. The Illinois State Board of Education said schools must be back to in-person learning after the COVID-19 remote learning and hybrid schooling through the last school year led to learning loss among many students.

While there won’t be social distancing requirements, masks are mandated, even those playing sports, despite vaccination status, the governor announced Wednesday during a news conference in Chicago.

“We have the legal authority to enforce this and we will if necessary,” Pritzker said. “What we think is going to happen is that schools will follow this and do the right thing.”

State Sen. Steve McClure, R-Springfield, said such decisions can’t be left to one person. Legislators elected by the people should be debating such issues.

“We’ve been saying from the beginning from here as well that the legislature should be involved,” McClure said. “I think hearings are important.”

Pritzker said the move is to protect vulnerable people who haven’t been vaccinated. His Department of Public Health said there were case studies proving masks are effective at reducing the spread of the virus. Parents have differed across the state on whether they want masks optional or mandatory.

With the governor’s announcement Wednesday, he said someone could sue a school for not following mandates. He also said the state could sanction defiant schools.

“ISBE, the Illinois State Board of Education, has the ability to remove recognition status for a school if it isn’t following the mandates,” Pritzker said.

Pritzker’s mandate goes into effect immediately. Most schools begin the new school year in a matter of weeks.

House Minority Leader Jim Durkin, R-Western Springs, said the governor continues to “cut out a co-equal branch of government and rule the state with unilateral authority instead of working collaboratively.”

“Gov. Pritzker must put this continuing power trip aside and allow local health departments, elected officials, schools and most importantly, parents, to make decisions on these serious issues to help stop the spread of Covid-19,” Durkin said.

“When we follow medical science, we make progress against this pandemic,” Harmon said in a statement. “I applaud the governor for continuing to follow the science to protect the people of Illinois.”

“As the highly contagious Delta variant continues to spread and evolve, our state guidance needs to do so as well,” Welch said in a statement. “We know vaccines save lives and build herd immunity in our communities, so it is imperative that we encourage everyone to get theirs. But with the lower rate of vaccinations among teens and younger children not yet eligible to receive theirs, these are the difficult decisions our leaders must make to prevent illness and save lives.”