Please ensure Javascript is enabled for purposes of website accessibility Politics Have Always Been Part of Policy — but Have We Hit a New Low? - American Daily Record Press "Enter" to skip to content

Home » Politics Have Always Been Part of Policy — but Have We Hit a New Low? 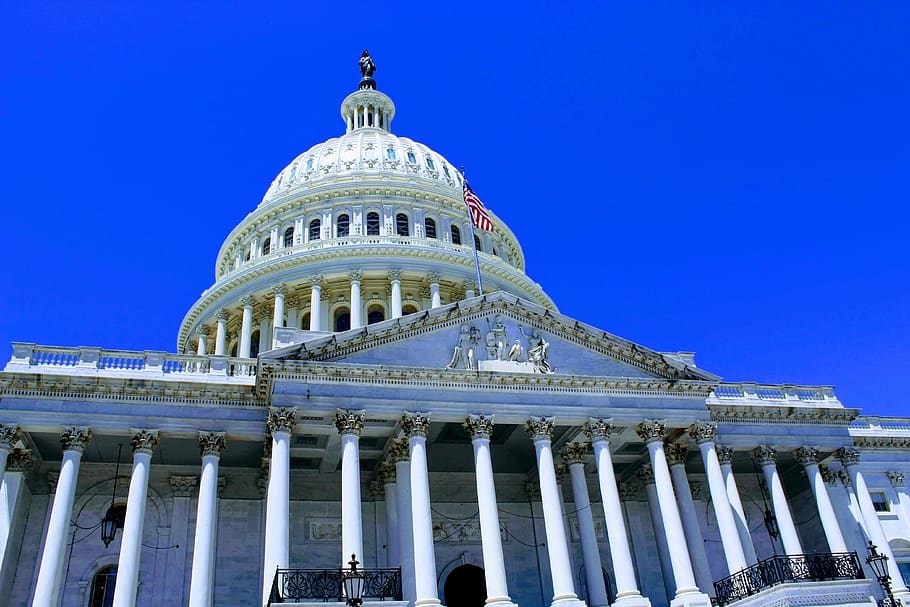 Politics Have Always Been Part of Policy — but Have We Hit a New Low?

Politics have long played a role in health policy. It’s the nature of our system.

But outside of sweeping legislative battles, it’s tough to recall another moment when politics felt so present in the day-to-day of our health system.

Don Berwick — roundly hailed as the best candidate for the job of implementing last year’s health reform law — is out at CMS. States that could use the federal grant money continue to punt on decisions like building health insurance exchanges. And HHS Secretary Kathleen Sebelius’ unusual decision to overrule the FDA’s recommendation on the emergency contraceptive Plan B is caught up in accusations it was politically motivated.

It wasn’t always this way.

When ‘The System’ Worked

Not so long ago, there seemed to be more accord, at least publicly. Federal health administrators could win Senate confirmation. HHS never publicly contradicted the FDA’s recommendations.

And Congress was capable of crafting bipartisan health reforms.

Democrats’ Medicare legislation passed in 1965 with 83 Republican votes. Even the 1988 Medicare Catastrophic Care Act was enacted with cross-party support, before being repealed — again, in a bipartisan vote — just 16 months later.

Legislators in the 1980s also signed on to plans to reduce systemic waste, long a common goal across political parties. Working with the Reagan administration, Congress established several commissions to review and make recommendations on hospital and physician payments. And under President George H.W. Bush, the Agency for Health Care Policy and Research was created as a significant effort to improve health quality and efficiency.

But the mid-1990s represented a tipping point — both in politics and in health policy — according to Don Taylor, a public policy professor at Duke University.

The Start of a Newt Era of Policy Battles

In a conversation with California Healthline, Taylor pointed to the 1992-1994 collapse of President Clinton’s health plan as the moment when the ground shifted.

The concerted resistance to Clinton’s reforms — as well as the White House’s own missteps — is well-chronicled in “The System,” a 1996 book by Washington Post reporters David Broder and Haynes Johnson. Â

In an excerpt from the book:

Newt Gingrich was determined there would be no Republican support for the only kind of reform Clinton would offer. … Politically, he had no interest in compromise. … As early as 1991, Gingrich had concluded that thwarting Democrats on health care was the key to halting and then rolling back decades of Democratic efforts to build an encompassing social safety net.
Led by then-House Minority Whip Gingrich and his “coagulation” strategy of building clots of resistance, Republicans deflected Democrats’ reforms. Even Senate Majority Leader Bob Dole — who initially assured Clinton that they’d “work something out” — backed away from dealmaking with the White House.

And “that was the beginning” of the current era of partisan health care battles, according to Taylor.

At the same time, another movement was building in the 1990s: a shift toward evidence-based medicine in health care.

The idea — reviewing the effectiveness and quality of interventions — was not a new one. But several key developments helped set up common standards and a universally accepted approach.

Notably, researchers in 1992 founded the Cochrane Collaboration, which has since helped collect and disseminate hundreds of reviews in its electronic library. In 1999, CMS began commissioning systematic reviews as part of its National Coverage Decision process.

By 2005 — when an entire issue of Health Affairs was devoted to EBM — “if you are doing almost anything related to health care today, being ‘evidence-based’ is de rigueur,” two authors claimed. And with more than $1 billion set aside for comparative effectiveness research, relying on EBM to cut U.S. health costs was certainly viewed as a crucial lever of the Affordable Care Act.

Yet EBM recommendations may prove difficult to implement, particularly in an era of partisan health politics.

The two movements collided in a 1995 dustup over the Agency for Health Care Policy and Research, after it suggested that certain back pain surgeries didn’t work.

Writing on The Incidental Economist blog, Taylor recalls how AHCPR was nearly eliminated in the subsequent furor. Orthopedic surgeons’ resulting lobbying efforts and claims of federal interference struck a chord with Republican budget-cutters, who quickly moved to do away with the agency. (The lobbying battle and its long-running implications are richly detailed by Shannon Brownlee.)

While AHCPR was ultimately preserved, it wasn’t untouched. The agency’s budget was trimmed by 21% and its name was notably changed: “Policy” was dropped for “Quality.”

“Since that episode … it’s been a hop-skip-and-a-jump to things like ‘death panels,’ where the evidence didn’t matter — only the politics,” Taylor told California Healthline.

For instance, the ACA’s Independent Payment Advisory Board — which was proposed as a way to marshal evidence to cut health spending — seems roundly imperiled. Some TV ads have castigated IPAB as “like a Medicare IRS.” Potential panelists would need to survive Senate hearings that threaten to be high-profile and politically charged.

The U.S. should “obviously be doing [an IPAB], given our fiscal position and the need to improve quality and appropriateness, but it seems impossible politically,” Taylor concluded.

How Politics May Keep Getting in the Way of Policy

One theory for the increased politicking in health care:Â As the industry has grown to nearly one-fifth of the gross domestic product, the level of entrenched interests has swelled.

The sheer size of health care — and its universal reach — certainly keeps it as a major political issue, too.

Interestingly, both parties were flirting with Medicare reforms that would’ve been non-starters just a year ago. But many more policies that were once seen as bipartisan — such as comparative effectiveness and insurance exchanges — have become politicized.

Unfortunately, lawmakers are facing questions that are hard to solve without accounting for politics. How should the U.S. appropriately allocate its health care spending? What’s the best way to change Medicare moving forward?

If you’ve got an answer, please submit it to “Road to Reform” — it’s our policy to report on good ones.

Here’s what else is happening around the nation.

Last week, HHS issued a final rule implementing the Consumer Operated and Oriented Plan program, which aims to create at least one health insurance cooperative in every state through loans from a $3.8 billion fund established by the federal health reform law. The final rule sets eligibility standards and loan terms within the co-ops and allows for some state-based health insurance exchanges to operate more than one co-op, as long as there is “sufficient funding to capitalize at least one co-op in each state.” Meanwhile, skeptics question whether the new plans will be financially viable when forced to compete against big insurers (Reichard, CQ HealthBeat, 12/8).
Last week, HHS announced that it has awarded $14.5 million in grants to 45 school-based health centers in 29 states to help them improve and expand their facilities and services (Baker, “Healthwatch,” The Hill, 12/8). According to HHS, the recipients of the latest grants — which range from about $25,000 to about $500,000 — provide care to about 112,000 children. Over the summer, HHS awarded $95 million to 278 school-based health centers across the country, the first installment from $200 million in grants that will be paid out to school-based centers over a three-year period under the federal health reform law (Norman, CQ HealthBeat, 12/8).
In the States

The Minnesota Commerce Department has launched a
website featuring prototypes for the state’s health insurance exchange, which is mandated by the federal health reform law. The prototypes are intended to solicit contract bids from companies seeking to build the exchange or produce specific parts of it (Stawicki, MPR News/Kaiser Health News, 12/6).
On the Campaign Trail

Last week, Republican presidential candidate and Texas Gov. Rick Perry launched an advertisement linking former House Speaker Newt Gingrich (Ga.) and former Massachusetts Gov. Mitt Romney to the federal health reform law (Baker, “Healthwatch,” The Hill, 12/8). The ad attempts to exploit Romney’s refusal to back down from supporting the Massachusetts health care overhaul he signed into law in 2006 while governor, which requires all residents to have insurance. For several years, Gingrich has supported a mandate to promote personal responsibility, but he also supports a full repeal of the health reform law (Peoples, AP/San Francisco Chronicle, 12/8).
Studying Its Effects

Influenced by the federal health reform law and economic pressures, many facets of the U.S. health care system are changing in order to cut spending and improve care, according to a Wall Street Journal analysis. According to the Journal, hospitals are joining together and recruiting primary care physicians to create larger systems such as accountable care organizations. Meanwhile, insurers are purchasing health care providers or working alongside them to establish health care cooperatives or new payment models that spread the risks of health coverage. Further, employers are now taking a more active role in managing their workers’ health care (Wilde Mathews, Wall Street Journal, 12/12).
More U.S. companies are considering offering employee health care plans with premiums that are based on workers’ incomes. Under the federal health reform law, employers with at least 50 workers in 2014 must provide affordable coverage or face penalties. A plan is considered affordable when an employee’s premium for individual coverage does not exceed 9.5% of his or her household income. Steve Raetzman, a partner in Mercer‘s health and benefits consulting practice, said the strategy might not work for businesses that employ workers for lower wages, like retailers, restaurants and grocery stores (Andrews, Kaiser Health News/Washington Post, 12/5).

The article was published at Politics Have Always Been Part of Policy — but Have We Hit a New Low?