Please ensure Javascript is enabled for purposes of website accessibility One week out from recall election, campaigns ramp up efforts for and against ousting Newsom - American Daily Record Press "Enter" to skip to content

Home » One week out from recall election, campaigns ramp up efforts for and against ousting Newsom 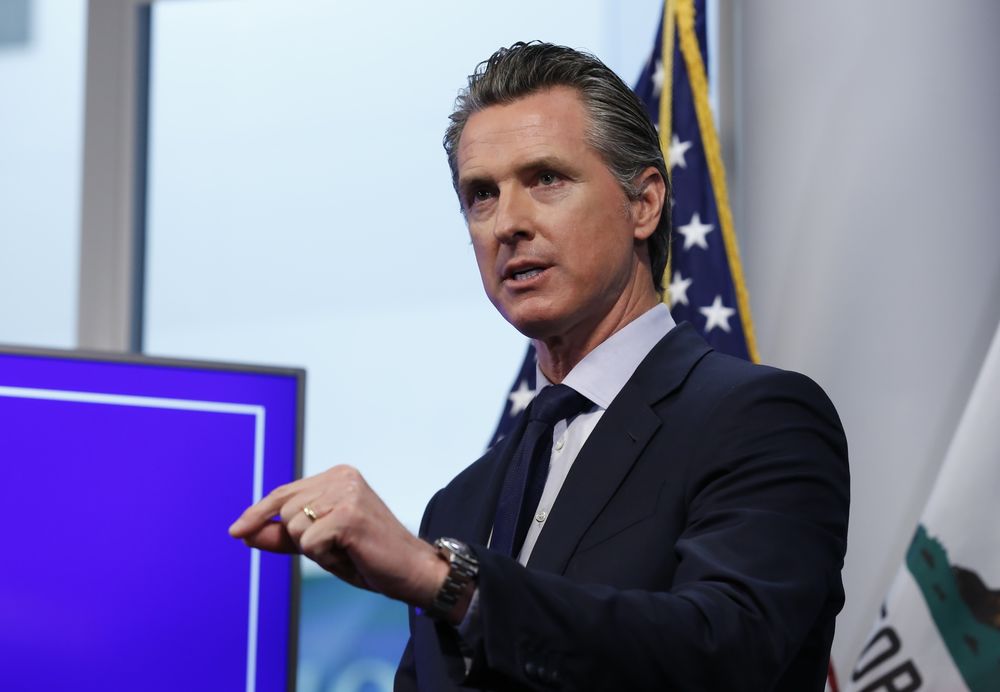 One week out from recall election, campaigns ramp up efforts for and against ousting Newsom

By Bethany Blankley on September 8, 2021

With one week to go until the recall election of California Gov. Gavin Newsom, groups on both sides have ramped up their campaign efforts to support or oppose ousting the Democratic governor from office.

President Joe Biden is expected to campaign for Newsom early next week ahead of the election.

Over Labor Day weekend, U.S. Sen. Elizabeth Warren, D-Conn., stumped for Newsom, saying, “Make no mistake. Larry Elder dreams of being California’s own Donald Trump and I don’t know about you but I will fight with everything I’ve got to keep from putting one more Donald Trump Republican in office.”

Newsom has argued the recall movement has been a Republican-backed effort. He said on Twitter that Californians “have ten days to stand up for … Science. Climate. Vaccines. Minimum wage. Reproductive rights. And California’s future. Listen to Sen. Warren and vote NO on the Republican Recall by September 14th!”

Political commentator Liz Wheeler said on Twitter, “Your business was shut down. You lost your job. Your child is masked. School is on zoom. The beach was closed. You were denied entry to church. You were locked down in your house. Recall Newsom.”

The recall movement has become “the greatest citizen’s movement in California history,” Rep. Kevin Kiley, R-Rocklin, said. Kiley, who is running for governor, sued Newsom last year, arguing he was abusing the state’s emergency powers. He also filed resolutions in the legislature to “stop Newsom’s one man rule” to terminate the state of emergency and held 50 events throughout the state to support the recall effort.

Having fought Newsom in court and in the legislature for over a year, and having traveled throughout the state talking with residents, Kiley said in a recent podcast interview that the recall movement “isn’t just about the standard political debates we usually have. It’s about something much more fundamental, which is the right of the people to have a government that represents them and that actually serves them. We don’t have that. We have a state government that is broken and corrupted that serves special interests.”

Republican candidate and political commentator Larry Elder, who argues chaos, failure and incompetence are some of the reasons to recall Newsom, has been endorsed by a former Democratic state senate leader, Gloria Romero. Romero said she is voting to recall Newsom because, she argues, Elder will be a champion for impoverished Black and Hispanic children “abandoned by the Newsom administration.”

An advocate of school choice, Romero told National Review, “The traditional Democratic talking point is that we have to fund systems and the district. Larry Elder and I are saying ‘No, we’re funding students, not schools.'”

She also added a list of other factors as to why she’s voting to recall Newsom: “The cost of housing is exorbitant. Gas prices have gone up tremendously. The crime rate, the assault rate, the wildfires. The homelessness issue is a close second for me after the schools issue. Not to mention the scandals that have unfolded under Newsom’s watch,” referring to the state paying billions in fraudulent unemployment claims, including to inmates in California and other state jails.

Newsom and those campaigning on his behalf are telling voters to vote “No” on the recall question and leave the second question listing potential replacement candidates blank.

Newsom “is likely to defeat the effort to remove him from office through next week’s recall election, polling results released over the last two weeks suggest,” Newsweek reports.

According to a Sept. 2 Public Policy Institute of California poll, 39% of those surveyed support the recall compared to 58% who oppose it. Among them, 25% said they left or planned to leave the second question blank. Elder leads the replacement candidates with the most votes, 26%.

A Sept. 1 Trafalgar Group poll found that 44% surveyed support the recall, 52% oppose it. Elder leads the replacement candidates with a vote of 29%.

Thomas More Society attorney Jenna Ellis, who recently won lawsuits on behalf of churches filed against Newsom, told Californians in a tweet not to believe the polls and to vote to recall Newsom.

Newsom is the second governor in California history to face a recall election.

This article was originally posted on One week out from recall election, campaigns ramp up efforts for and against ousting Newsom