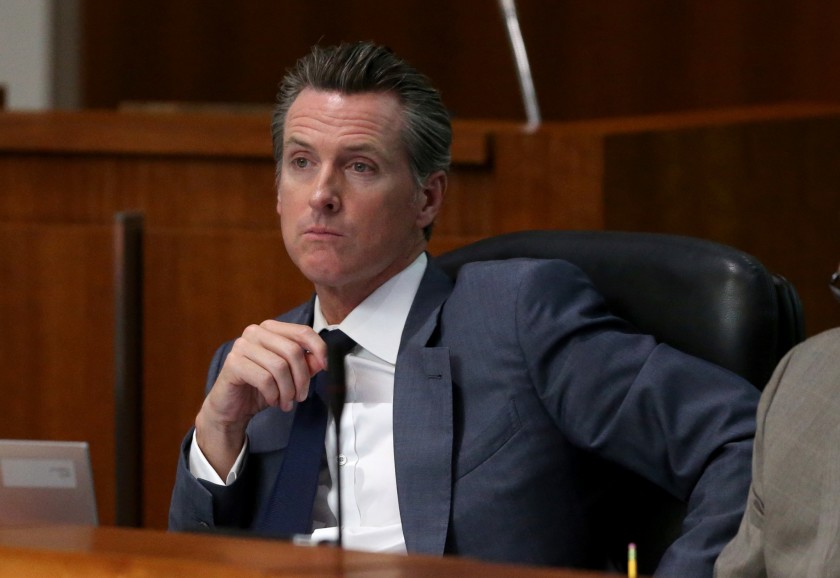 Gov. Gavin Newsom says the state’s water shortage could become severe enough to require Californians to ration their personal use but not until the end of September.

“If we enter another year of drought and – as you know, our water season starts Oct. 1 – we’ll have likely more to say by the end of September as we enter potentially the third year of the current drought,” Newsom said Tuesday.

The request potentially would come days after the outcome of the Sept. 14 recall election. Newsom had requested a voluntary 15% reduction in water usage in July, but he said that could change.

The last time Californians were required to ration water usage was in 2015. Then-Gov. Jerry Brown’s administration imposed a 25% reduction mandate that saw restrictions on outdoor water usage for residents across the state or face fines of $500 a day.

The state already requires certain residential water conservation measures such as a ban on irrigation between 8 a.m. and 6 p.m. and applying water to outdoor landscapes during and within 48 hours after measurable rainfall.

Newsom’s visit to the state park came on the year anniversary of a wildfire that scorched much of the park located in the mountainous region southwest of San Jose.

Dry and windy conditions have fueled forest fires across California, burning more than 1 million acres. Newsom has blamed a majority of the state’s major fires on the federal government for its “let-it-burn” philosophy.

In addition to fires, the state is dealing with drought the likes of which it’s not seen since 1977.