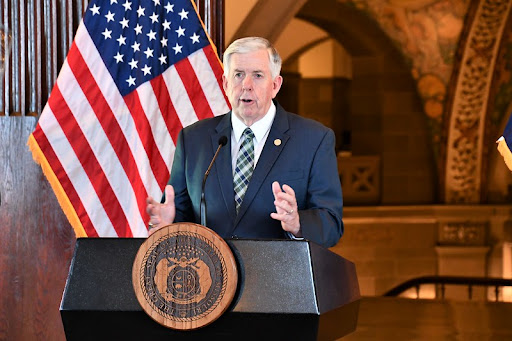 “FEMA’s approval of our request means millions of dollars in federal and state reimbursements will now go to hard-hit communities in 21 Missouri counties,” Parson said in a statement. “We appreciate the hard work of our local emergency managers and officials to assess the damage and tally expenses to meet the initial federal reporting requirements. Their communities and taxpayers will now benefit from their efforts.”

Federal funding is also available on a cost-sharing basis for hazard mitigation measures statewide, according to a FEMA statement.

Parts of northwestern and central Missouri had rainfall amounts ranging from 10 to 15 inches during the last 12 days of June, according to the Missouri Climate Center. Columbia Regional Airport recorded 10.85 inches of rain in June, the wettest June since 1928 when it recorded 14.86 inches. Reports show eight rivers had moderate to major flooding throughout the state from June 24-26.

Missouri’s request to FEMA was for damage and emergency response costs incurred from June 19 to July 1. FEMA’s notification covers June 24 to July 1.

Missouri’s State Emergency Management Agency (SEMA) started efforts with the federal government to expand the incident period to include June 19-23 to maximize financial assistance to Missouri communities and eligible nonprofits.

David Gervino, the federal coordinating officer for recovery operations in Missouri’s affected areas, said additional designations may be made at a later date if requested by the state and warranted by the results of further assessments.

This article was originally posted on Missouri gets $10 million from Federal Emergency Management Agency to recover from June flooding, storms