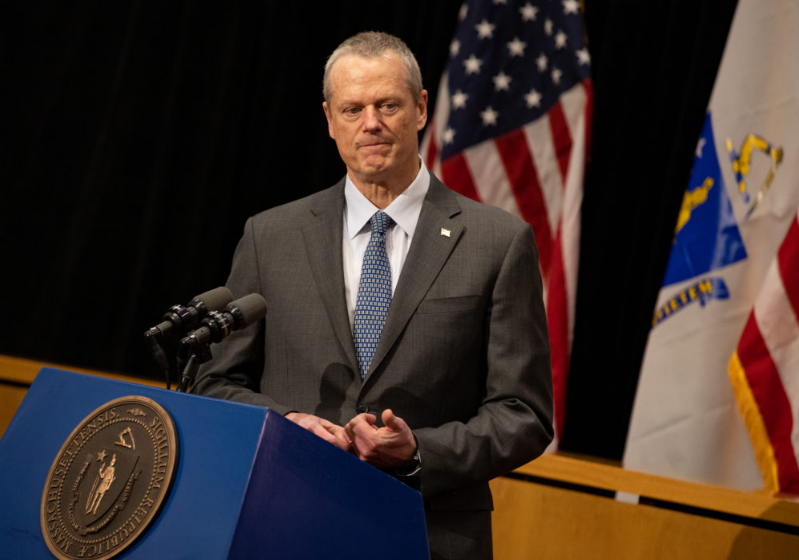 As part of the Climate Week celebration, more than $10 million in grant funding was awarded to parks around the state, Massachusetts Gov. Charlie Baker announced Tuesday afternoon at Lowell’s South Common.

“Massachusetts has great open spaces and natural resources that not only provide recreation and access to the great outdoors, but make the Commonwealth more resilient to the impacts of climate change,” Baker said in a news release.

The grants will be used for park improvements, open space acquisitions and conservation projects in 37 communities, the release reads.

Funding, according to the release, comes from the Executive Office of Energy and Environmental Affairs’ capital budget. Parkland Acquisitions and Renovations for Communities, Local Acquisitions for Natural Diversity, Conservation Partnership and Conservation District Innovation Grant programs will administer the funds.

“Our Administration has made land conservation and local park improvements a key priority since coming into office in 2015, and our proposal to direct $100 million of federal relief funding into parks and open spaces will allow us to invest even more resources into these important projects, especially in Gateway Cities and underserved communities that need better access to green spaces,” Baker.

The administration awarded $8 million through the PARC Grant Program to support 24 projects that will support the development of parks and outdoor recreational assets.

According to the release, projects include the construction of pathways, athletic fields, land conversation and new playgrounds.

Lt. Gov. Kathy Polito said in the release, “Since the start of the COVID-19 pandemic, access to the state’s green spaces and parks has never been more important to residents in every community across the Commonwealth.”

Since 2015, according to the release, Baker’s administration has awarded more than $16 million to support 75 projects around the state.

“Through these programs, the Baker-Polito Administration is partnering with local communities and land trusts to protect critical open spaces and support the acquisition and restoration of local parks that provide important access to the outdoors, especially in our urban communities and Gateway Cities,” said Energy and Environmental Affairs Secretary Kathleen Theoharides in the release.

Nine projects were awarded $740,000 by the Baker administration to acquire lands suitable for conservation and recreation purposes.