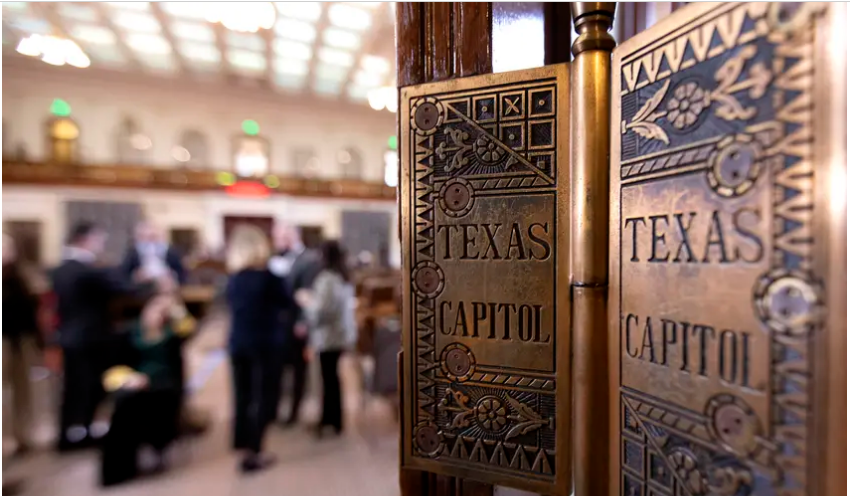 By CASSANDRA POLLOCK on December 1, 2020

“Key Texas House leader says Capitol occupancy may be limited in upcoming legislative session” was first published by The Texas Tribune, a nonprofit, nonpartisan media organization that informs Texans — and engages with them — about public policy, politics, government and statewide issues.

In the most detailed public glimpse yet at how the 2021 legislative session might play out during a pandemic, the chair of the committee that handles administrative operations in the Texas House told a group of lobbyists Tuesday that masks may be required in all public parts of the Texas Capitol and that a limit could be placed on the number of people allowed inside the building.

State Rep. Charlie Geren, R-Fort Worth, listed a number of details during a presentation to the Professional Advocacy Association of Texas, a lobbyist and government affairs group. He also said that the House was looking at remote voting options for the chamber’s 150 members, which would allow lawmakers to vote on bills from elsewhere inside the building if they decide to not be present on the floor.

Geren said people entering the Capitol during the session will likely be tested and that lawmakers might require visitors to schedule appointments before arriving. They can limit the risks, he said, but can’t expect to completely prevent COVID-19 cases.

“We’re going to plan for an outbreak in the Capitol,” he said. “I think we have to.”

The Senate, he said, is having its own chamber-specific conversations over what protocols should be in place. Spokespeople for Gov. Greg Abbott and Lt. Gov. Dan Patrick did not immediately respond to a request for comment.

Later Tuesday, Geren told The Texas Tribune that details he shared at the event are not set in stone — and emphasized that “there’s nothing in concrete yet, and there won’t be for a while.”

Geren is a member of a workgroup tapped by state Rep. Dade Phelan, the next likely House speaker, to make recommendations on legislative operations during the coronavirus pandemic. He said the ideas were being shared with a separate group Phelan recently created to solicit input on potential changes to the lower chamber’s rules.

“We won’t know until we adopt the rules,” Geren said, “and the rules are being talked about now.”

House members typically vote on the chamber’s rules, which help govern the body, at the beginning of every regular legislative session. A number of recommendations in the mix, Geren said, would only be implemented if the House’s rules were tweaked to allow for it. For example, current House rules do not allow for virtual committee hearings.

During Tuesday morning’s event, Geren also mentioned a number of steps the Legislature has already taken to help prepare for the upcoming session. Plexiglass shields in committee rooms have been installed, he said, and new mobile sanitizing machines have been purchased. New air filters for the chambers, committee rooms and offices inside the Capitol have also been ordered, he said.

A factor driving discussions, Geren said Tuesday morning, is what could be allowed under the state constitution, which he said currently requires legislative sessions to be open to the public. Geren said there are different legal interpretations of what exactly that means — and whether aspects of legislative business would even be allowed to happen virtually.

The Capitol has been closed to most everyone for months, prompting debate and questions over the kind of access the public will have to the legislative process in 2021 — a session that members are anticipating will be their toughest in years as they grapple with budget shortfalls fueled by the pandemic and navigate redrawing the state’s political maps.

Thousands descend on the Capitol every legislative session for various reasons, ranging from school tours to testifying before committees on certain proposals to sitting in either the House or Senate gallery to watch state lawmakers legislate. Committee hearing rooms are often overflowing with people and certain hallways inside the building are crowded, making precautions such as social distancing a challenge.

In the House, 150 desks are tightly arranged on the floor of the chamber. Members are often brushing past one another, sharing candy from glass jars, shaking hands or huddled into tight groups.

Sections of the House gallery, Geren said, may be reserved for members of the news media, lawmakers or the general public. Geren also said reporters may not be allowed on the floor of the House, which has typically allowed for more direct access to members.

Regardless of protocols that the House or Senate put into place, each member still has jurisdiction over office-specific guidelines. Earlier this year, state Rep. Jon Rosenthal’s office established a set of rules, such as requiring masks to enter the Houston Democrat’s Capitol office and not allowing more than six people inside at a time. According to a memo from Rosenthal’s office, the lawmaker and staff will be tested for the virus “a minimum of once per week.”

Other members said they are taking different approaches. State Rep. Briscoe Cain, a Republican from Deer Park, told the Tribune in October that his staff did not plan to mandate masks and that his Capitol “office will be open to all just as it has been since” he was first elected to the Legislature.

Ross Ramsey contributed to this report.

This article originally appeared in The Texas Tribune at https://www.texastribune.org/2020/12/01/texas-capitol-legislative-coronavirus/.