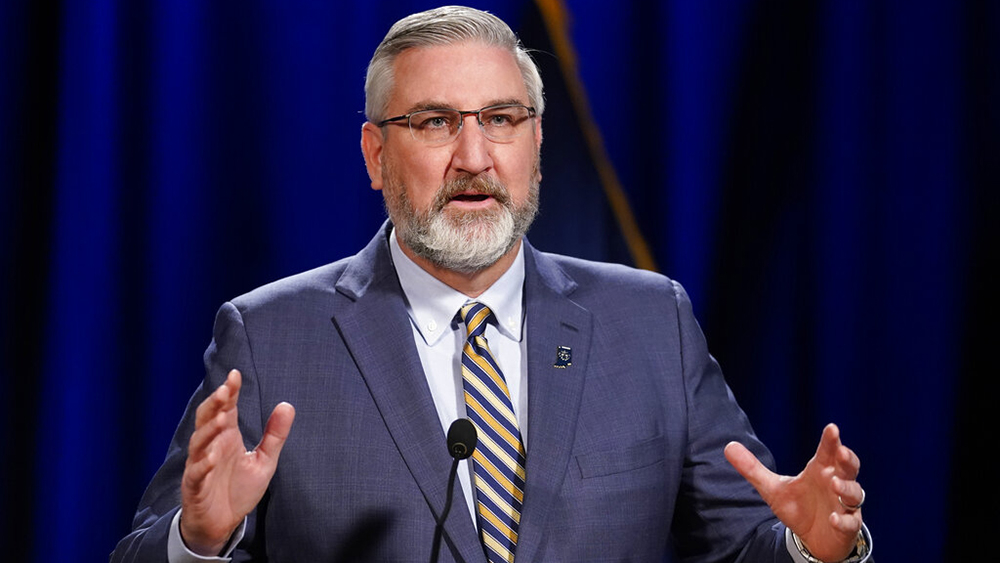 A judge ruled Indiana Gov. Eric Holcomb can proceed with a lawsuit challenging a new state law he believes gives legislators too much power during public health emergencies.

“This is an absurd result that could not have been intended by either the drafters of Indiana’s Constitution or the General Assembly,” Dietrick wrote in his opinion.

Rokita’s office said it would appeal the decision to the state Supreme Court.

Holcomb, a Republican, filed the suit after the Republican-majority Legislature overrode his veto of the law in April.

The new law gives legislators the ability to call themselves into an emergency session during a public health crisis after their regular session ends.

Holcomb, on the other hand, contends the law is unconstitutional because it gives the General Assembly a new power and the state constitution only allows the governor to call a special session.

Dietrick’s ruling did not address the constitutionality of the law, only the attorney general’s claims. A separate hearing on that dispute is scheduled for Sept. 10.

The new law arose after criticism from conservatives about mask mandates and other coronavirus-related restrictions that Holcomb imposed by executive order.

Rokita, who challenged Holcomb in the 2016 Republican primary for governor, claimed state law gives him the authority to block Holcomb’s request to file the lawsuit and has referred to the governor’s private attorneys as “unauthorized counsel.”

Rokita also filed a motion asking that the Sept. 10 hearing be postponed while he appeals the judge’s decision.

“If left unchallenged, the court’s order in this case threatens to tip the balance of powers and undermine the individual liberties of the citizens of this state,” he said in a statement.

“A sitting governor is sworn to uphold the Indiana Constitution,” the judge wrote.

Joe Heerens, the governor’s general counsel, said in a statement that, “The outcome is important for Gov. Holcomb and how future governors operate in times of emergency.”