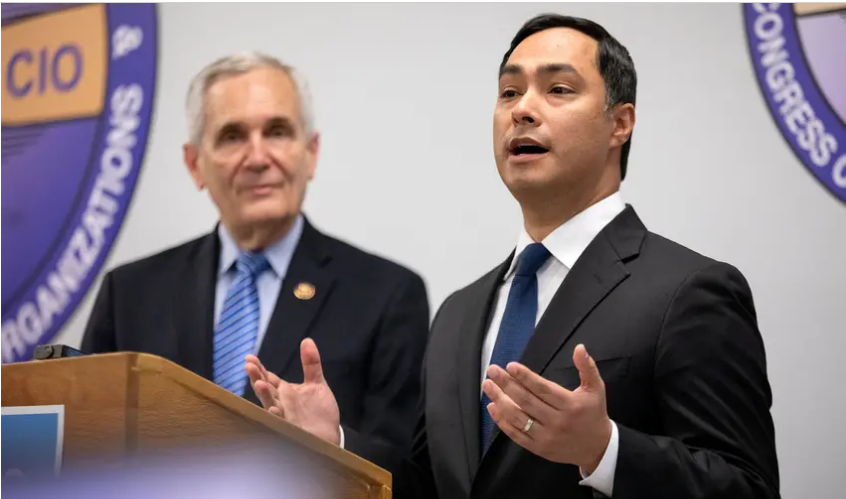 U.S. Rep. Joaquin Castro came up short Thursday in his bid to become chairman of the House Foreign Affairs Committee.

He lost to U.S. Rep. Gregory Meeks of New York in a race that was a long shot from the start for the San Antonio Democrat. Meeks won the support of 148 colleagues, while 78 Democratic members backed Castro.

The most dominant determining factor in House Democratic chairmanship races is seniority, and Castro winning his bid would have meant he leapfrogged over a number of colleagues on the committee.

That aside, Castro’s effort left some colleagues impressed. Initially, Castro was an afterthought in a race between Meeks and the most senior Democrat on the committee, U.S. Rep. Brad Sherman of California. Castro’s bid called for generational change in the committee’s approach to foreign affairs, and he pushed to incorporate issues like climate change and immigration into the country’s foreign policy.

“Congratulations to Representative Gregory Meeks on his election to become the next chair of the House Foreign Affairs Committee — he will be the first African American to lead our committee,” Castro said in a statement. “I look forward to working together with Chairman Meeks, particularly on our common goals such as promoting diversity at the U.S. State Department and rejoining the Iran nuclear deal. I also commend Representative Brad Sherman, who has served on every foreign affairs subcommittee, for his decades of persistent work on arms control and U.S. policy in Asia.”

On Tuesday, the contenders went before the influential House Democratic steering committee to make presentations for their vision of the committee. The committee recommended Meeks to the larger caucus for the Thursday vote. But Castro, surprisingly, came in second. Sherman subsequently dropped out of the race, and it became a one-on-one battle between the New Yorker and the Texan.

“To my colleagues who believed in our vision and supported my bid for chair, especially those who dedicated their time to speak on my behalf, thank you,” he added. “We must rebuild America’s infrastructure of diplomacy, and I believe that the United States at its best can be a North Star in the world on issues like freedom, democracy, rooting out corruption, and human rights.”

This article originally appeared in The Texas Tribune at https://www.texastribune.org/2020/12/03/joaquin-castro-house-foreign-affairs-committee/.