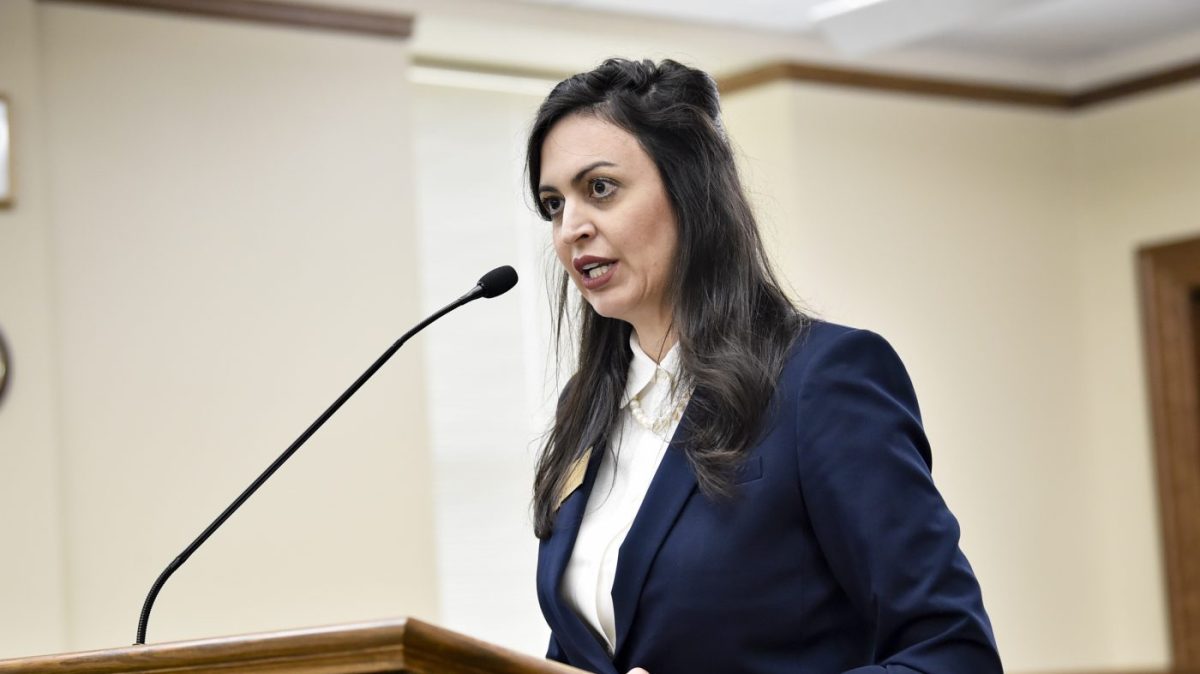 “I won by the largest vote count and percentage margin of any candidate in the state and I have the people of Montana to thank for that,” Jacobsen said.

Republican Christi Jacobsen declared victory in the 2020 race for Montana secretary of state, defeating Democratic opponent Bryce Bennett by 101,772 votes. Jacobsen will succeed current Secretary of State Corey Stapleton, who declined a re-election bid this year in favor of an unsuccessful run for U.S. House in the Republican primary.

“I won by the largest vote count and percentage margin of any candidate in the state and I have the people of Montana to thank for that,” Jacobsen said.

Jacobsen served for the past three and a half years as deputy secretary of state under Stapleton, an experience she touted throughout her campaign. She routinely cited recent accomplishments in streamlining business services conducted by the SOS office and in safeguarding the state’s election system from outside intrusion. Her primary promise to voters was to continue the work she and Stapleton had started, including maintaining local control of election services and reducing the size of the office to cut down on bureaucracy. Regarding the latter, Jacobsen stated during a debate with Bennett that the SOS office had already been reduced from 60 employees to 40 and been consolidated from four rented offices into one.

Bennett conceded the race early Wednesday morning, saying in a statement posted to his campaign’s Facebook page that he had congratulated Jacobsen and offered to “be a partner in the important work of strengthening our democracy.”

“This Election Day, Montanans made their voices heard in record numbers,” Bennett wrote. “It was not the result we had hoped for, but it inspired me nonetheless. Helping ensure every eligible Montana voter has their say in Montana’s future has been the great passion of my life.”

Over the course of her campaign, Jacobsen raised $297,970 — just under half of it through self-financing — and spent $284,579. She won despite being significantly outraised and outspent by Bennett, who raised $458,718 and spent $447,225. Of Jacobsen’s individual contributions, 75% came from in-state donors.

Jacobsen was born and raised in Helena and earned a master’s degree in public administration from the University of Montana. Prior to entering state government, Jacobsen worked for years in the telecom industry, and as deputy secretary of state she led the charge to replace Montana’s election software. That push generated consternation last year among county election officials, who said Stapleton’s goal of launching the new system in time for the 2020 election was unrealistic and problematic. Stapleton publicly backed away from the accelerated timeline last fall.

Another of Jacobsen’s campaign claims — that SOS business services had been dramatically improved during Stapleton’s tenure — was directly challenged by reporting from Lee Enterprisesd newspapers in the lead-up to Election Day. As reporter Holly Michels wrote on Oct. 25, emails obtained by Lee indicated that numerous businesses across the state had been charged multiple times when filing with the SOS office. The duplicate charges were attributed to problems with the filing website’s software.

These and other issues made for a particularly bitter rivalry between Jacobsen and Bennett. Bennett characterized the SOS office as a den of incompetence and corruption, while Jacobsen accused Bennett of being a liberal who would increase bureaucracy.

In the end, voters overwhelmingly gave Jacobsen the opportunity to continue the work she and Stapleton began.
“I look forward to keeping Montana’s elections clean and fair,” Jacobsen said.