Home » In Texas, Individual Freedoms Clash With Efforts To Slow The Surge Of COVID Cases 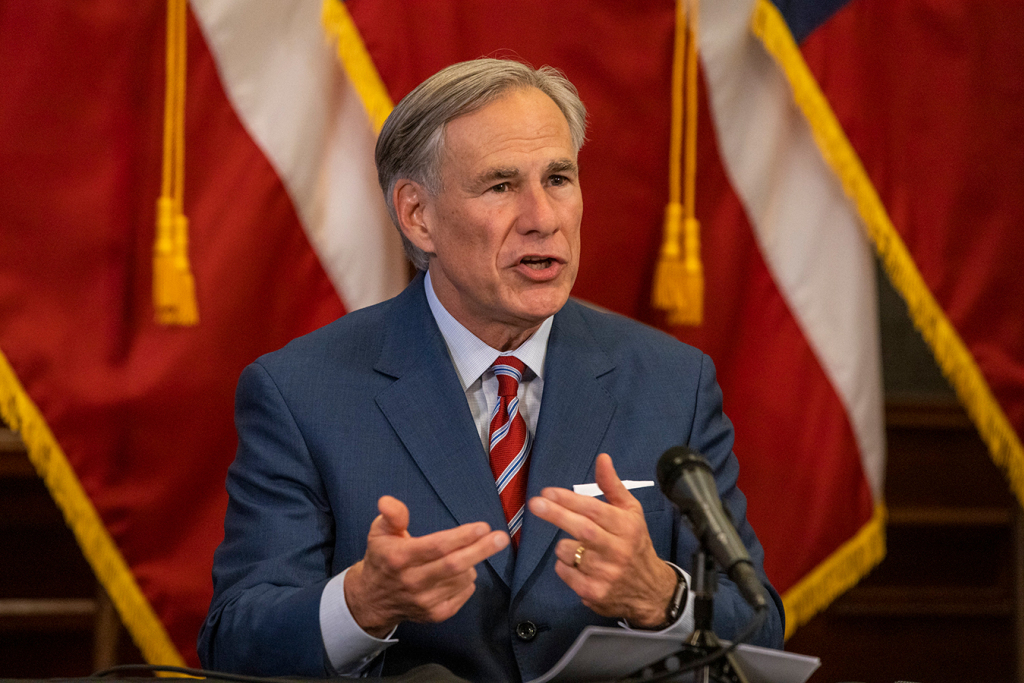 In Texas, Individual Freedoms Clash With Efforts To Slow The Surge Of COVID Cases

HOUSTON — The Fourth of July was a little different this year here in Texas’ biggest city. Parades were canceled and some of the region’s beaches were closed. At the city’s biggest fireworks show, “Freedom Over Texas,” fireworks were shot higher in the air to make it easier to watch from a distance. Other fireworks displays encouraged people to stay in their cars.

After weeks of surging COVID-19 cases and dire warnings that Houston’s massive medical infrastructure would not be able to keep pace, Republican Gov. Greg Abbott issued an executive order on July 2 requiring Texans to wear masks in public, after previously reversing course on the state’s reopening by again closing bars and reducing restaurant capacity.

While most Houstonians appear to be taking heed, not everyone is on board. Small protests against the orders occurred over the holiday weekend. Lawsuits have been filed. At least one Houston-area law enforcement agency said it would not enforce the mask requirement. The State Republican Executive Committee plans to hold its mid-July convention downtown, drawing an expected 6,000 people from around the state.

Democratic Mayor Sylvester Turner said he and other local leaders sent a letter to GOP leaders asking them to convert the convention into a virtual event. But the party remains steadfast.

“There simply is no substitute for the in-person debate we value so strongly,” Texas GOP Chairman James Dickey said, adding that the party committee explicitly affirmed it would not voluntarily cancel the convention. He said there would be thermal scanners, social distancing, deep cleaning between meetings, hand sanitizer and thousands of donated masks available for those in attendance.

“My sincerest sympathies go out to anyone who is affected by any severe disease, including this one,” he said. “But on a per capita basis, Harris County, and Texas in general, are both dramatically better than most of the states in the United States.”

However, confirmed cases in Houston’s surrounding county, Harris, more than doubled in a month to reach more than 37,000 positive cases as of July 6. Hospitals in the Texas Medical Center had 2,261 COVID-positive patients that day in intensive care or medical-surgical units, up from 1,747 the week before, according to the center’s tracking website. All told, the nine-county Houston region has had more than 52,000 confirmed cases and 572 deaths.

The Texas Medical Center has predicted that unless the spread of the virus is mitigated, Houston hospitals could exceed existing capacity by mid-July. A federal assessment team came to Houston to determine how the federal government can help the city respond to the current surge.

Local officials had tried to protect Houston. Early in the pandemic, Harris County Judge Lina Hidalgo, a Democrat who serves as the county’s top elected leader, implemented business closures and stay-at-home and masking orders. But Lt. Gov. Dan Patrick and U.S. Rep. Dan Crenshaw, both Republicans, called them an “overreach” that “could lead to unjust tyranny.” On April 27, Abbott overruled the county guidance, and announced plans to reopen businesses and relax social distancing guidelines.

For those who live in Houston, it’s all meant lots of confusion.

“This whole thing has been a messaging nightmare from the beginning,” said Joe Garcia, 50, who works in data management. “When a flood happens, when a hurricane happens, nobody cares what side you’re on — blue, red, whatever else — all you know is it’s a disaster and everybody comes in and helps. That’s just the way things are. This wasn’t treated as a disaster.”

Public discourse about the pandemic has been disheartening, said Norma Ybarbo, 55, who avoids leaving home beyond socially distant visits with her father and attending a lightly populated early morning mass. She said the political arguments and conflicting communication from the Texas Medical Center in June about hospital capacity have made an already stressful situation worse.

“It’s worrisome, for sure,” Ybarbo said. “It’s really hard to determine what is right and what is true.”

Marine veteran S.D. Panter, 44, said it all has deepened his concern about bias in doctors and politicians who are advocating for businesses to be shut down. Panter, who doesn’t deny the virus is troublesome, said he prefers to do his own research because, for him, the dire picture being painted by those in the spotlight doesn’t make sense. He does wear a mask in public, even though he is not sure it is necessary.

“There’s just so much information. Just let me make my own decision, my own informed decision,” said Panter, who helps his parents and his wife’s parents stay socially isolated. “The older population should probably stay indoors, and let’s protect them the best we can.”

The state’s reopening this spring coincided with Mother’s Day, graduations, Memorial Day and Black Lives Matter protests. Once Texans were released from pandemic-induced restrictions, many happily took advantage of the chance to socialize.

Alyssa Guerra, 27, who lost her job when the store she managed closed, said she now knows people who have contracted the virus, and a few who have become sick or lost loved ones. She has friends who went to bars and social events, without masks, when the state reopened. She went out to eat once, but felt so uncomfortable she hasn’t done it since.

“It’s affecting us in greater numbers now because of the selfish decisions we are making,” said Guerra. “At some point, yes, we are going to have to start living our lives again, but we did it so quickly this time that people just had no care in the world.”

While the number of confirmed COVID-19 infections is rising in all age groups here, those seeing the most rapid growth in positive tests and hospitalizations are 20 to 40 years old. Dr. David Persse, public health authority with the Houston Health Department, said recently that 15% of COVID patients being admitted to the hospital are younger than 50, and 30% are younger than 60.

That could explain lower rates of death now than earlier in the pandemic, said Dr. Angela Shippy, chief medical and quality officer at Memorial Hermann Health System. Another reason for the lower death rates could be that providers have learned more effective treatments for the virus, using different respiratory and drug therapies to avoid intensive care units and intubation.

Still, Houston’s hospitals are being challenged by the rapid spike in COVID patients as a whole. Without taking steps to slow the spread of the virus, hospitals could become unable to manage the load. That has been the message from hospitals — including in multiple full-page ads in the Houston Chronicle advising people to stay home or wear a mask in public.

“We still have the ability to grow capacity, but there will come a limit to how much capacity you can grow,” said Roberta Schwartz, executive vice president, chief innovation officer and CEO of Houston Methodist Hospital.

The area’s public hospitals, which had been steadily handling COVID cases since March, have been transferring adult patients the past several weeks to private hospitals, including Texas Children’s Hospital, which had 29 COVID patients as of July 6. Houston Fire Chief Sam Peña said it has been taking an hour, in some cases, to transfer patients from ambulances to some emergency rooms — which Schwartz said have been “inundated.”

The fire and police departments have large numbers of staff in quarantine. Hospitals report staffers are testing positive, which they attribute to contracting the virus outside the hospital. Some area hospitals are bringing in traveling nurses to help.

“We encourage everyone to do their part and always wear a mask when leaving home, wash your hands often and maintain social distance,” Mark A. Wallace, president and CEO of Texas Children’s Hospital, said in an emailed statement. “This is the best way to protect yourself, your loved ones and our health care workers.”

This article was originally published on In Texas, Individual Freedoms Clash With Efforts To Slow The Surge Of COVID Cases