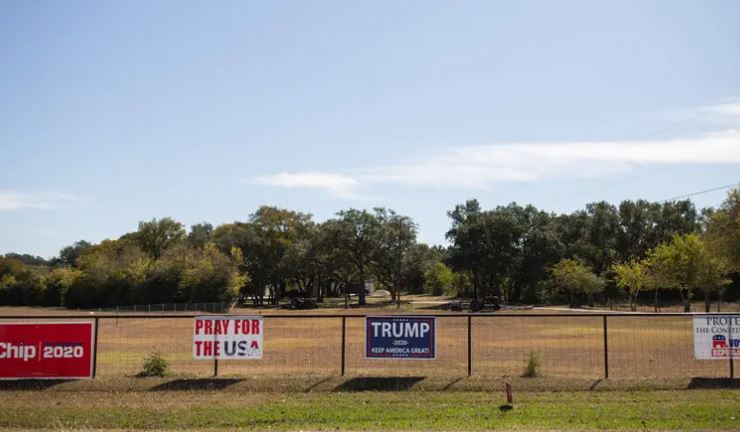 “In Texas, Biden’s urban wins couldn’t offset Trump’s millions of votes in rural, red counties” was first published by The Texas Tribune, a nonprofit, nonpartisan media organization that informs Texans — and engages with them — about public policy, politics, government and statewide issues.

It didn’t turn out that way.

President Donald Trump won Texas by a little more than 800,000 votes in 2016. In order to turn the tide in 2020, Biden needed to take advantage of population growth in the state’s biggest cities and political shifts in the suburbs to erase Trump’s massive advantages in rural areas of the state. Biden did improve his numbers in the cities and suburbs, but not by nearly enough.

To help explain what happened, The Texas Tribune broke up the state’s 254 counties into four groups based on their voting habits. These are the same groups we used to look at increases in registered voters ahead of the election.

In 2016, Hillary Clinton defeated Trump in these counties by 20 percentage points. But to actually win the state, Biden needed to widen the margins in those key areas. He did marginally improve his standing, winning them by 23 percentage points this year.

Coupled with population growth, that increased the Democratic candidate’s raw margin of victory in the counties from 620,362 votes in 2016 to 912,084 this year.

Six fast-changing suburban counties: Six suburban Texas counties were generating a lot of attention prior to the election due to the fact that they were growing faster and shifting politically more than anywhere else in the state.

At the start of the decade, all these counties were red. In 2016, Fort Bend County flipped blue. In 2018, Williamson, Hays and Tarrant turned for the Democrats. (Tarrant is home to Fort Worth, a major city, but it also has a lot of suburban areas and has followed similar voting trends.) Collin County and Denton County had long been Republican strongholds but were thought to be in play this year.

Biden showed improvement in all six counties this year and won four of them — Williamson, Hays, Fort Bend and Tarrant — compared with just one that Clinton took in 2016.

Trump won these six counties by nearly 10 percentage points in 2016. But this year he only won by one-tenth of a percentage point, or 2,515 votes. Democrats cut 178,031 votes out of Trump’s 2016 margin of victory in those counties in this election.

The red wall: The reason why Biden needed to do better in the cities and the swing suburbs? Because the rest of the state — not including the border region — is solidly pro-Trump. These areas include Montgomery County, midsize cities like Amarillo and Waco, and sparsely populated rural areas.

Biden actually performed slightly better than Clinton in these 216 counties when taken as a whole. Trump defeated Clinton by a 46-point margin across those counties in 2016. He beat Biden by 43 points in the same counties this year. But the counties gained 522,972 registered voters since 2016, so Trump’s margin of victory grew by 215,132 votes to 1,710,536.

The border counties: This part of the state — 28 counties on or near the border and in South Texas — was the big surprise.

It remains an area of strength for Democrats, but Biden took a hit there. Clinton won these counties by 33 percentage points in 2016 when taken as a whole. Biden won them by only around 17 percentage points. He won these areas with 152,502 votes more than Trump, which is 95,907 fewer votes than Clinton’s lead four years earlier.

Some individual counties were even more shocking. Trump carried small Zapata County by 5 points this year, after Clinton won it by 33 points in 2016. Farther up the Rio Grande, Biden won Maverick County — home to Eagle Pass — by a slim 9 points after Clinton secured a blowout there, winning by 56 points in 2016.

That showing was disappointing for Democrats. But those 28 counties are far less populous than our three other categories.

The fact remains that if Biden was going to win Texas, he’d need to do it first and foremost by growing his margins in the more populous suburbs and cities. Compared with 2016, Biden improved Democrats’ margins in these categories by 469,753 votes. On the surface, that’s a lot of votes. But given that Trump won the state by more than 800,000 votes in 2016 — and increased his margins in border counties and reliably red areas this year — it was never going to be enough.