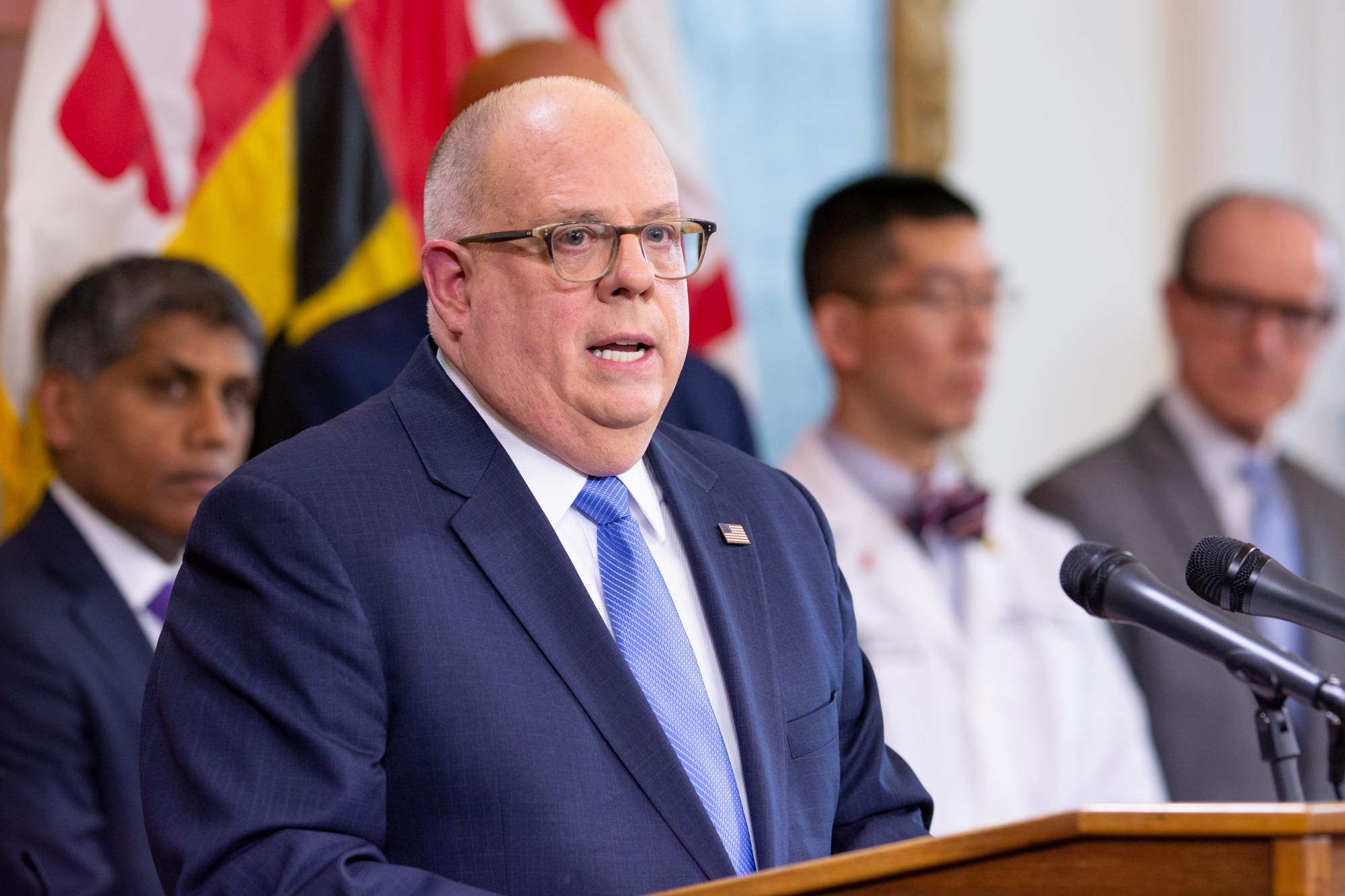 After months of meetings and hearings, both chambers of the Maryland General Assembly approved a new Congressional district map that sets the stage for representation in the next decade.

But the political tug-of-war between the Democrat-majority legislature and Republican Gov. Larry Hogan is not over.

The House of Delegates on Dec. 7 passed HB001, while the State Senate on Dec. 8 passed the companion legislation, SB001. Both chambers cast votes nearly along party lines. The bills reflect maps drawn up through the Maryland Legislative Redistricting Advisory Commission.

Hogan had backed a redistricting plan encapsulated in HB002 and SB002, which included a map drawn up by members of the Maryland Citizens Redistricting Commission.

After both chambers cast their votes, Hogan took action on Dec. 9 and vetoed the legislature’s actions. On social media, Hogan described the legislature-backed plan reflective of “disgracefully gerrymandered redistricting maps, which are a shameful violation of state and federal law.”

“This is just the beginning,” Hogan wrote. “The courts will be the final arbiter, not the partisan legislature. These maps cannot, and will not, stand.”

Lawmakers have given a different stance on the approved map in HB001 and SB001. Delegate Speaker Adrienne Jones, D-Baltimore County, provided a joint statement from presiding officers on it.

“This new map provides cleaner lines and more compact districts, while keeping a significant portion of Marylanders in their current districts, ensuring continuity of representation,” the statement, in part, read.

The midweek legislative and executive actions came on the heels of a lengthy hearing on Dec. 6 from the House Rules and Executive Nominations Committee on both groups’ map proposals.

Michelle Davis, senior policy analyst with the Maryland Department of Legislative Services, was part of Legislative Redistricting Advisory Commission’s review. She said the map in HB001 and SB001 reflect changes in population shifts, while keeping the core representation areas in tact.

“Maryland’s Congressional districts are under and over populated to varying degrees,” Davis said.

Delegate Eric Luedtke, D-Montgomery County, also served on the committee and said he viewed the group’s map as a holistic representation of Maryland’s current population.

“People don’t separate their lives based on county lines,” Luedtke said. “People cross county lines all the time to go shopping, to go to work …”

Representatives of the Citizens Redistricting Commission also provided testimony to the committee at the Dec. 6 hearing and argued for the larger series of changes in HB002 and SB002.

Walter Olson, who served on the CRC, said outside organizations had reviewed the map. He pointed to the Princeton Gerrymandering Project, which prescribed a grade of “A” on the group’s proposal.

“We worked together in a collegial and, I think, fair-minded way,” Olson said. “We delivered a transparent product, allowing Marylanders to participate and also observe our work.”

Diana Waterman of the Maryland Federation of Republican Women was among the statewide residents who spoke favorably of the CRC’s map.

“It is well past time that Maryland becomes an example of non-partisan redistricting, and not a textbook case for continued gerrymandering,” Waterman said.

This article was originally posted on Hogan, General Assembly spar over redistricting maps