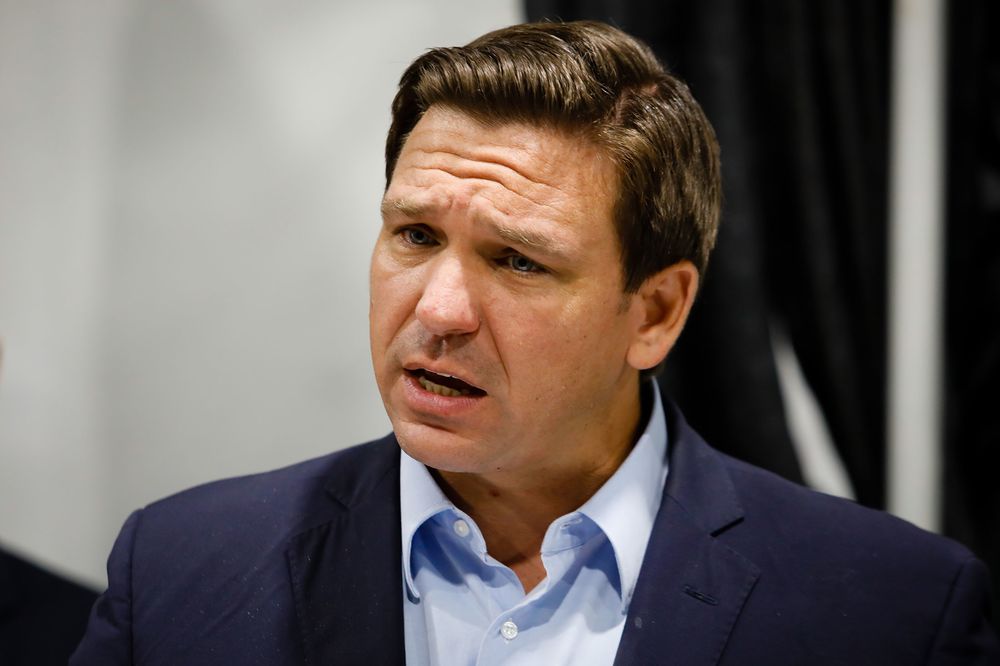 Whenever Florida Gov. Ron DeSantis and state Attorney General Ashley Moody show up at the same time at the same place, it’s usually to announce somebody’s getting sued.

So, when DeSantis and Moody appeared together Thursday at the Florida Air Museum outside Lakeland, it was no great surprise when they revealed Florida was taking legal action and even less a stunner when they said the target was President Joe Biden.

DeSantis and Moody confirmed Florida has filed a lawsuit against the Biden administration to challenge its requirement that federal contractors vaccinate all workers by Dec. 8.

“We are going to seek a preliminary injunction so that this mandate isn’t allowed to be imposed at the expense of the jobs of Floridians,’’ DeSantis said. “We’ve got a very big footprint of companies that do contracting work for the federal government. There’s a lot of folks that will be in the crosshairs on this.”

The suit maintains several state departments and agencies, such as the Florida Department of Education, hold contracts with the federal government “worth tens of millions of dollars, if not more,” including state universities that conduct research for NASA.

“Because Florida’s employees are generally not required to be vaccinated, the challenged actions threaten Florida with the loss of millions of dollars in future contracting opportunities and put undue pressure on Florida to create new policies and change existing ones, each of which threatens Florida with imminent irreparable harm,” the suit claims.

Biden on Sept. 9 announced he’d issue an executive order mandating companies with 100-plus employees require workers to be inoculated or undergo weekly tests to stay on the job. The Occupational Safety & Health Administration (OSHA) has not yet posted rules regarding the order.

The suit challenges Biden’s standing to issue such an order and is among a growing chain of lawsuits between the state and the Feds. Florida has sued the government over COVID-19 restrictions on cruise ships and immigration policies.

On Wednesday, Moody was among 21 Republican state attorneys general who told Biden in a letter the vaccination mandate for federal contractors “stands on shaky legal ground.”

On Thursday, she called the contractor vaccination requirement “unlawful” and “a complete and gross overreach.”

“This is not a dictatorship. President Biden, or his handlers, do not have the ability to control everything in this country. We, as states, have rights, and our citizens have rights and freedoms,” Moody said.

In addition to the suits, DeSantis has called for a November special session to adopt a state law banning vaccine mandates.

DeSantis said he hopes the lawsuit’s petitions for preliminary and permanent injunctions derail the Dec. 8 deadline and provide relief to “thousands and thousands of Floridians who find their livelihoods in jeopardy due to federal mandates.”

The governor said Florida is poised to take further litigation and legislative action to stymie federal overreach, but did not hint what they could be.