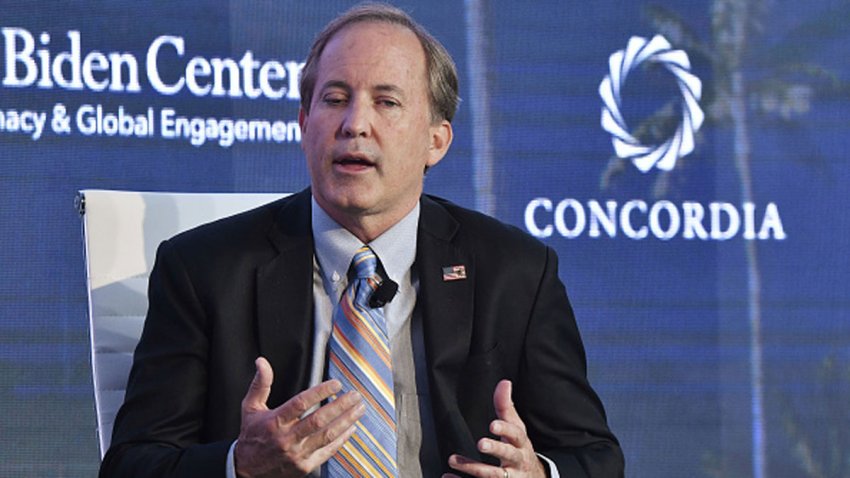 Texas Attorney General Ken Paxton is opposing a new rule that would require federal registration of firearms with attached “stabilizing braces,” arguing it is unconstitutional.

The proposed rule “outlines the factors ATF would consider when evaluating firearms equipped with a purported ‘stabilizing brace’ to determine whether these weapons would be considered a ‘rifle’ or ‘short-barreled rifle’ under the Gun Control Act of 1968, or a ‘rifle’ or ‘firearm’ subject to regulation under the National Firearms Act.” The proposed rule would retroactively impact gun owners who lawfully purchased pistols with stabilizing braces under the ATF’s previous standards and force a new federal registration regime on future users of the accessory.

A stabilizing brace is not a weapon. It is a device that attaches to the rear of a pistol and slips around the user’s forearm often used to reduce recoil, prevent injury, and allow the user to more safely and accurately fire their gun. Tens of millions of stabilizing braces are sold nationwide.

According to a recent report by the nonpartisan Congressional Research Service, “there are between 10 and 40 million stabilizing braces and similar components already in civilian hands,” and “[a]ltering the classification of firearms equipped with stabilizing braces would likely affect millions of owners.”

To require registration of a brace with federal officials imposes unnecessary and unconstitutional expense on Americans exercising their Second Amendment rights, Paxton argued in a Wednesday letter to the U.S. Bureau of Alcohol, Tobacco, Firearms and Explosives (ATF).

In his letter to Attorney General Merrick Garland and Acting Director of the ATF Marvin Richardson, Paxton says he “strongly disagrees” with the proposed rule.

The standard the ATF is using “is far from objective, but rather confusing and subjective,” Paxton said. Worse still, ATF’s “ambiguous criteria could reclassify pistols with stabilizing braces into firearms subject to classification under the National Firearms Act, imposing upon owners a range of federal registration requirements and fees. And because the proposed rulemaking fails to notify millions of gun owners whether their firearm complies with federal law, it leaves law-abiding citizens guessing whether they are complying with the new standard or committing a federal crime.”

The estimated cost to comply with the proposed rule is expected to be in the hundreds of millions of dollars, Paxton added. The rule change “does nothing to deter crime and only traps law-abiding gun owners in expensive red tape.”

The issue is likely to lead to another lawsuit filed by the state attorney general, who has so far sued the Biden administration more than any other state. Paxton says his office is considering all available options to stop the proposed rule and all efforts to restrict Second Amendment rights.