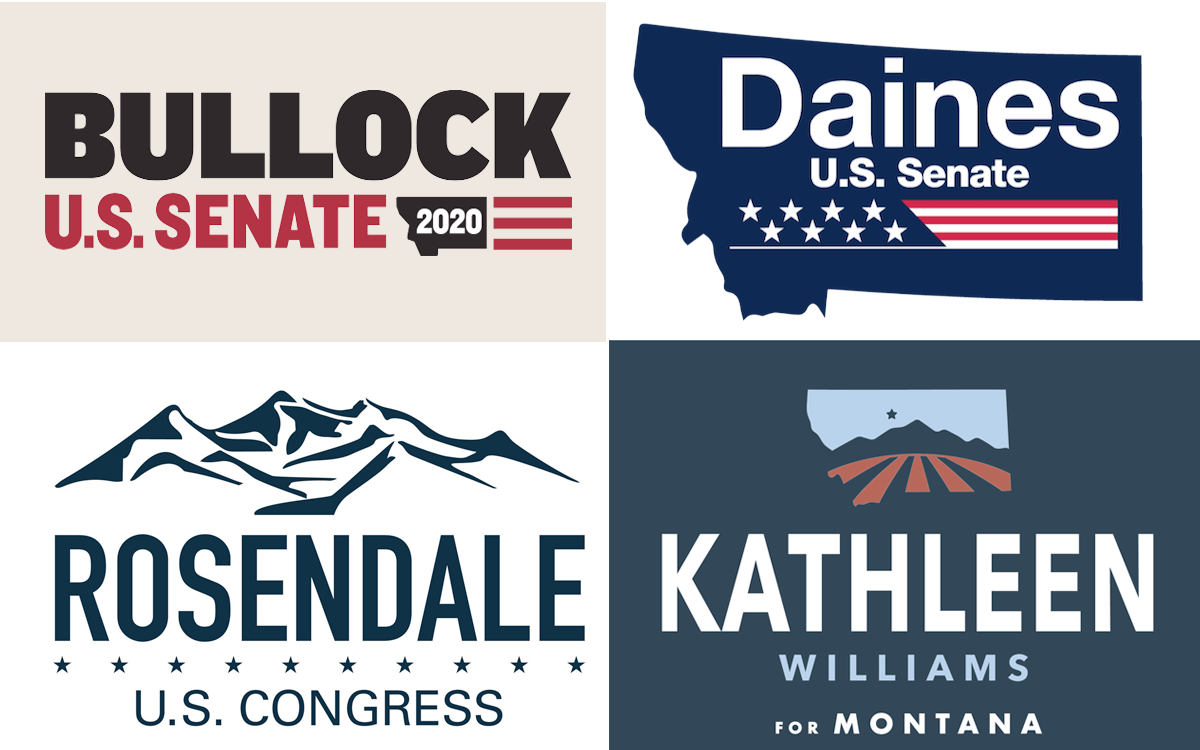 When it comes time for Montana voters to decide who they’ll send to Washington, D.C., in November, the names on the ballot will be familiar.

As U.S. Sen. Steve Daines, a Republican, looks to win his second six-year term, he’ll be challenged by two-term Democratic Gov. Steve Bullock, who is looking for a new job as he runs up against term limits atop the state’s executive branch.

In the race for Montana’s seat in the U.S. House, which is up for election every two years, Republican voters endorsed State Auditor Matt Rosendale, who was also their choice for an unsuccessful challenge against Democratic U.S. Sen. Jon Tester in 2018. Democratic voters overwhelmingly gave their party’s nomination to Kathleen Williams, who was also the party’s nominee last election cycle, coming up short against incumbent Greg Gianforte.

Both Daines,the incumbent, and Bullock, who was pressured to join the race by national Democratic leaders, faced easy primary contests, winning 88% and 96% of their party primary vote respectively, according to preliminary election results available from the Montana Secretary of State’s office the afternoon of June 3.

Two relatively obscure Republican Senate candidates, John Brian Driscoll and Daniel Larson, each picked up 6% of the GOP vote, together earning about 26,183 votes.

On the Democratic side, Bullock’s main challenger, John Mues, won just 3,723 votes. A second challenger, Mike Knoles, who announced his withdrawal from the race in March but didn’t file the paperwork to remove himself from the ballot, won 3,142 votes.

The GOP-side U.S. House primary, with six candidates on the ballot, was more competitive. Rosendale won the race with 104,287 votes, ahead of second-place finisher Secretary of State Corey Stapleton, who received 71,593 votes.

Candidates wasted little time in positioning themselves for the general election.

“While we have managed to accomplish so much for Montana, the Senate has been held captive by special interests and partisan politics,” Bullock said in a campaign statement issued 25 minutes after polls closed at 8 p.m. Tuesday night. The statement also touted Bullock’s achievements as governor, such as expanding Medicaid health coverage to tens of thousands of Montanans.

“Washington is more focused on shifting blame than seeking solutions,” Bullock said in the statement. “I’m running for the Senate to do away with partisan politics and do what is right for the American people.”

In his own Tuesday night statement, Daines said, “I spent 28 years in the private sector solving problems, delivering solutions and creating jobs. And our focus right now needs to be on helping Montana small businesses, workers and families get back to work.”

The Daines campaign also issued a statement Wednesday asking Bullock to participate in four debates before the November election. Those debates, said Daines campaign manager Shane Scanlon, should include “all of the candidates for U.S. Senate,” which would mean Daines and Bullock would be joined by Green Party nominee Wendie Fredrickson, a former state employee who has leveled attacks against Bullock.

In a response letter sent Wednesday, the Bullock campaign expressed interest in debating Daines, but didn’t agree to a set number of debates or terms that would include third-party candidates.

“I look forward to continuing this conversation and finalizing a debate schedule that gives all Montanans the opportunity to hear from Senator Daines and Governor Bullock,” wrote Bullock campaign manager Megan Simpson.

About two hours after the polls closed Tuesday, Williams’ campaign put out a statement repeating the “Maryland Matt” attack line used against Rosendale, who is originally from Maryland, by the Tester campaign in 2018.

“Montanans deserve true representation in our lone seat in Congress, instead of perpetual politicians who parrot party talking points,” Williams said in the statement. “I’m an independent thinker who works with people of all political stripes to put Montanans first.”

In a statement from his campaign, Rosendale touted his endorsements from President Donald Trump and the U.S. Chamber of Commerce.

“As we move forward, we must focus on finding solutions to the unprecedented health and economic challenges we are facing, helping our citizens and business community, and growing our economy,” Rosendale said in the statement. “I look forward to putting my strong business background and proven record of success in office to work for the people of this state.”