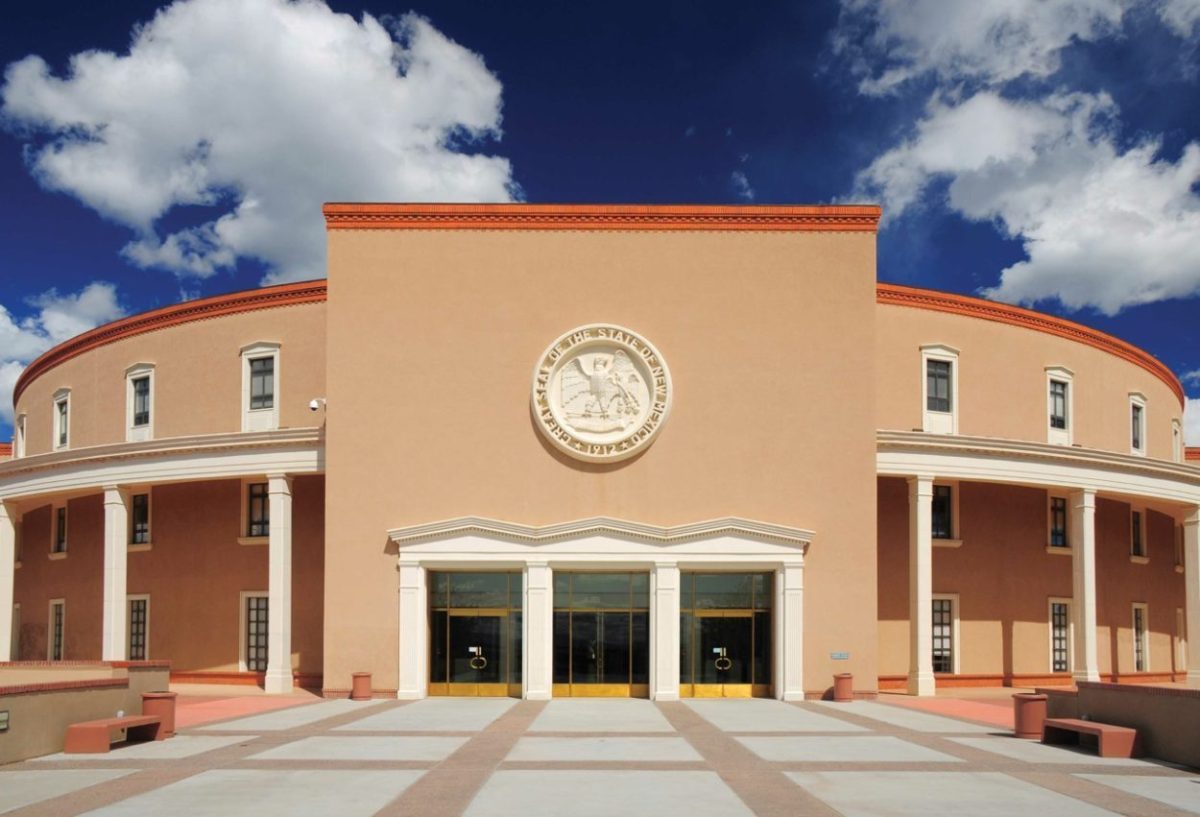 A scaled-back election overhaul lacking a key provision that would have allowed clerks to mail every registered voter a ballot for the November general election is on its way to Gov. Michelle Lujan Grisham’s desk following a dramatic revote after first failing to pass the House.

After three hours of debate, the House rejected Senate Bill 4 in a 38-32 vote Saturday that included many Democrats opposing the measure despite it being a priority of Lujan Grisham and other Democrats. But a subsequent vote to “reconsider” the legislation passed, and after hours of closed-door caucus meetings, a second vote on the legislation cleared the House floor 44-26 without any amendments, rescuing the bill from the legislative graveyard.

House Speaker Brian Egolf and other Democratic leaders persuaded fellow Democrats to support legislation they opposed just hours earlier byreminding them of other provisions in the bill that are meant to help ensure a safe election during the pandemic.

“We basically decided to [prioritize] a safe election, an election where absentee ballot programs can be meaningfully done without late-arriving ballots, without vendors and processing being such a problem like in the primary we just went through,” Egolf said in an interview after the House adjourned.

“It was a very, very high stakes issue,” he added. “The Senate unfortunately was racing to adjourn, and an additional worry was that if we amended the bill and sent it to the Senate … then the bill would be lost.”

The temporary election changes would allow clerks to automatically send absentee ballot applications to all registered voters ahead of the presidential election. It also makes other changes supporters say will streamline the next election following mail delays that led to problems with people receiving their ballots and a prolonged delay in election results in Santa Fe County. Many people complained about receiving their ballots so late they had to turn them in last-minute, in person.

“That’s something in my opinion we have to do given what we saw in the primary election with absentee ballots,” Senate Majority Leader Peter Wirth, D-Santa Fe, said in an interview after the Senate voted to end its session prior to the House vote.

“The changes in there are very important,” he continued. “Addressing the absentee ballot timelines, redoing the way the envelopes work, there’s all kinds of ministerial issues. The big issue that everyone’s focused on is mail ballots by the county clerks, but in the bill is a provision to allow mail ballots if the secretary of health declares an emergency in a certain area and the legislative panel that’s in the bill were to determine that could happen — so it didn’t completely eliminate mail ballots.”

But it would not automatically allow clerks to send ballots without first processing an application after Republicans and two Democrats on a key Senate panel stripped the provision from the legislation.

Supporters still say the changes, which would cost about $3 million, would bring clarity to the next election and streamline the process.

Of particular consternation for some members was a provision that allows independent voters to register at a polling location to vote in a Republican, Libertarian or Democratic primary.

The legislation also allows voters to request an absentee ballot sooner, could potentially offer flexibility on the deadline for turning in an absentee ballot and makes other “ministerial” changes that would streamline the election, Wirth said.

The bill would repeal automatically at the end of this year, while the primary changes would not in effect be active for 23 months, when the next primary election takes place. But because the measure failed to get two-thirds support in the House, an emergency clause that would have activated the bill immediately upon signature from the governor means that the bill will not take effect until roughly 60 days before the presidential election.

Bill co-sponsor Rep. Linda Trujillo, D-Santa Fe, argued on the House floor that the semi-open primary option should be seen as a positive change, making it easier for people to vote.

It also requires personal protection equipment for poll workers and other practices meant to ensure safety in a COVID-19 world and authorizes the secretary of the Department of Health to create health requirements specific to certain counties for the election.

“Somebody who’s not registered could come in day 27 until Election Day and they can register to vote and declare a party and vote,” Trujillo said. “This is an incredibly temporary provision that is only intended to try to keep elections safe for the general election in November.”

Supporters argued that the changes were necessary to prepare for the upcoming election, when COVID-19 may well still be a threat.

County clerks from across the state previously asked the New Mexico Supreme Court before the primary election in June to allow them to automatically send ballots to registered primary voters. The court denied their petition.

Before the revote, House Republicans attempted to delay the legislation by calling for a vote to send it from the House floor to the House Appropriations and Finance Committee. The vote failed.

The article was published at Election changes pass House after revote